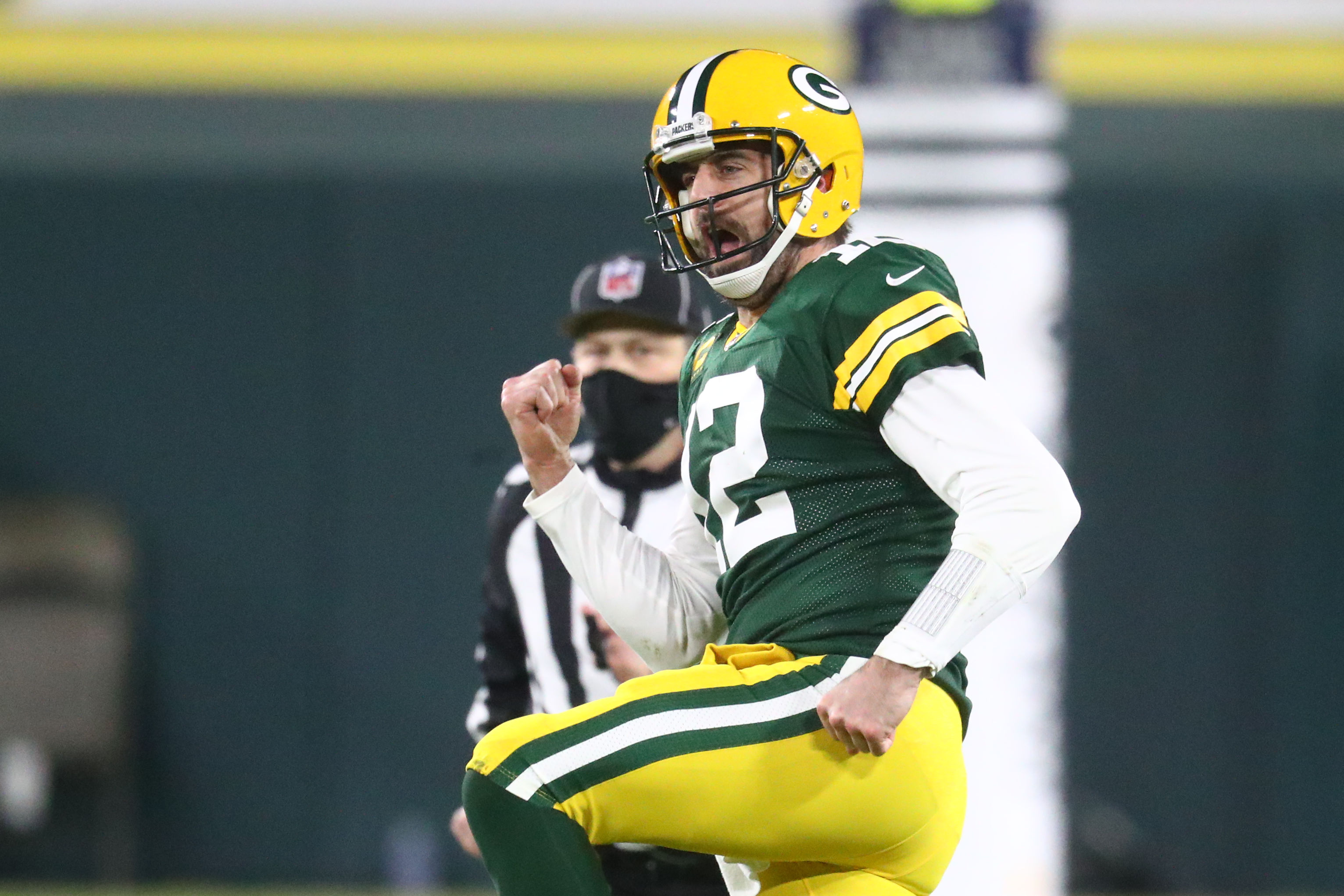 Green Bay Packers quarterback Aaron Rodgers has accomplished a lot in his 16-year NFL career. He is a two-time NFL MVP and the favorite to win the award for a third time this season. He has won a Super Bowl MVP and is a nine-time Pro Bowl selection. Rodgers also has one of the highest quarterback ratings in NFL history with a career mark of 103.9. He will be a sure-fire, first ballot Hall of Famer five years after he decides to retire from the game and may be the best to ever play the position.

But this Sunday, Rodgers has a chance to accomplish one of the few things he has never done in his illustrious career: have an outstanding performance in an NFC Championship Game.

Rodgers has played very well in his only Super Bowl appearance. He has had several incredible efforts in the Wild Card and Divisional rounds. But he has never put together a strong and winning performance with a trip to the Super Bowl on the line.

Rodgers has been in the NFC title game four times thus far in his career. The Packers have won one of those meetings and lost three. But Rodgers has yet to have a signature performance in this round of the playoffs and his quarterback rating has never been above 100.

The first time Rodgers led the Packers to the NFC Championship Game was 2010. Green Bay had to win two road games to get there and Rodgers played one of the best games in his career the previous week against the top-seeded Falcons in Atlanta.

But against the Bears, Rodgers struggled on a cold, blustery day at Soldier Field. He completed just 17-of-30 passes for 244 yards and did not throw a touchdown pass. He did run for one score in the game which accounted for one of the two offensive touchdowns the Packers produced.

Perhaps one of Rodgers’ biggest plays in this game came after he threw one of his two interceptions. The Packers appeared to be driving to score again in the third quarter and they had a 14-0 lead with the ball on the Chicago six yard line. But linebacker Brian Urlacher intercepted Rodgers in the end zone and looked to have an easy path to a pick six. But Rodgers hustled and barely managed to trip up Urlacher to preserve the Packers lead. 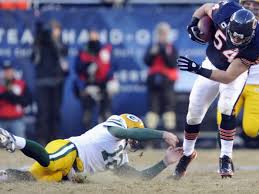 Rodgers finished the game with a quarterback rating of just 55.4 but the Packers won and advanced to Super Bowl XLV where Rodgers was named MVP after an outstanding performance.

The Packers returned to the NFC Championship Game again in 2014 when they faced the Seahawks in Seattle. Green Bay had a 19-7 lead in the fourth quarter but ended up losing the game in overtime 28-22 after a devastating fourth quarter collapse.

Rodgers struggled throughout the game against a tough Seahawks defense. He completed only 19-of-34 passes for 178 yards and one touchdown while throwing two interceptions. His quarterback rating was only 55.8.

One issue the Rodgers and the Packers had in this game was a failure to convert opportunities in the red zone. In the first quarter, the Packers had the ball first and goal at the Seattle seven after an interception by Ha Ha Clinton-Dix. The Packers ran the ball three times and settled for an 18-yard field and a 3-0 lead.

Later in the first quarter, Morgan Burnett recovered a fumble deep in Seattle territory and the Packers had a first and goal at the Seahawks seven. One run and two passes later, again the Pack had 4th-and-goal at the one. The Packers settled for a field goal for the second time and led 6-0. If Rodgers had been able to get the ball into the end zone on either of those drives, the Seahawks would not have been likely to come back. 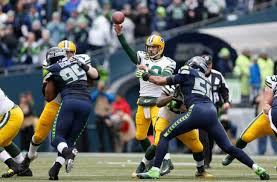 Rodgers did come through in the clutch late in the fourth quarter after Seattle took a 22-19 lead. The Packers got the ball back at their own 22 with 1:19 left on the clock. He led the Packers downfield in six plays and Mason Crosby kicked the tying field goal with 19 seconds left to force overtime. But the Packers never got a chance to possess the ball in sudden death after losing the coin toss.

In 2016, the Packers faced the Falcons in Atlanta. Rodgers had a better statistical performance, completing 27-of-45 passes for 287 yards and three touchdown passes while throwing just one interception. His quarterback rating was a solid 91.6, but most of the numbers came in garbage time.

The Packers trailed 24-0 at the half and 31-0 early in the third quarter. The game was already out of reach when Rodgers put up most of his stats and the Falcons were in a prevent defense nearly all that time. 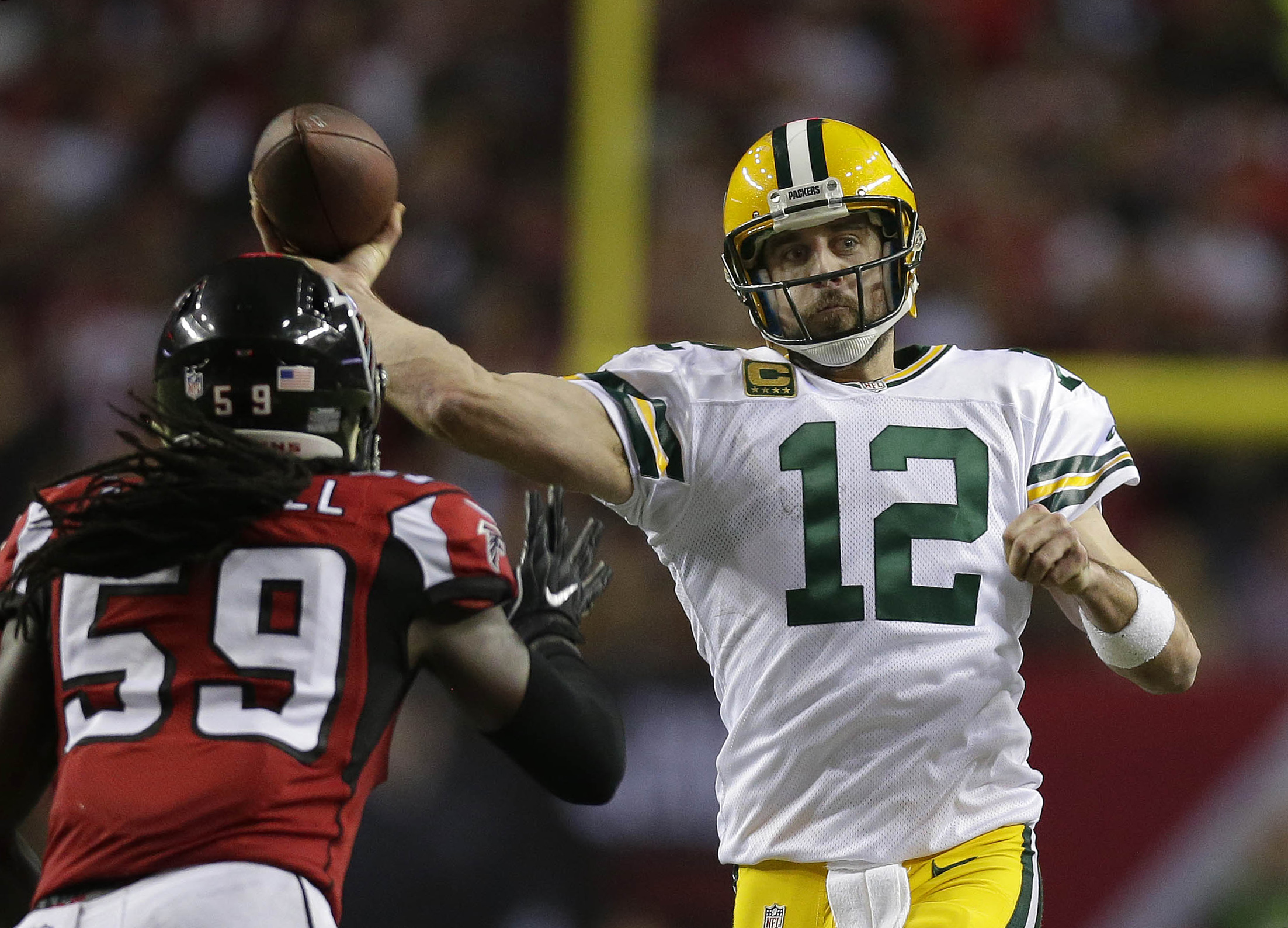 The Packers did score 21 points in the second half to make the final score seem respectable, but when the game was still in doubt, Rodgers was ineffective. He had completed 12-of-21 passes for 119 yards and an interception at the time the Falcons took their 31-0 lead.

Last season was Rodgers’ fourth trip to the NFC title game. This time, the Chico, California, native was playing against the 49ers in San Francisco, close to his boyhood home.

Statistically, Rodgers put up his best numbers in an NFC Championship Game, completing 31-of-39 passes for 326 yards. He threw two touchdowns and two interceptions for a quarterback rating of 97.2. 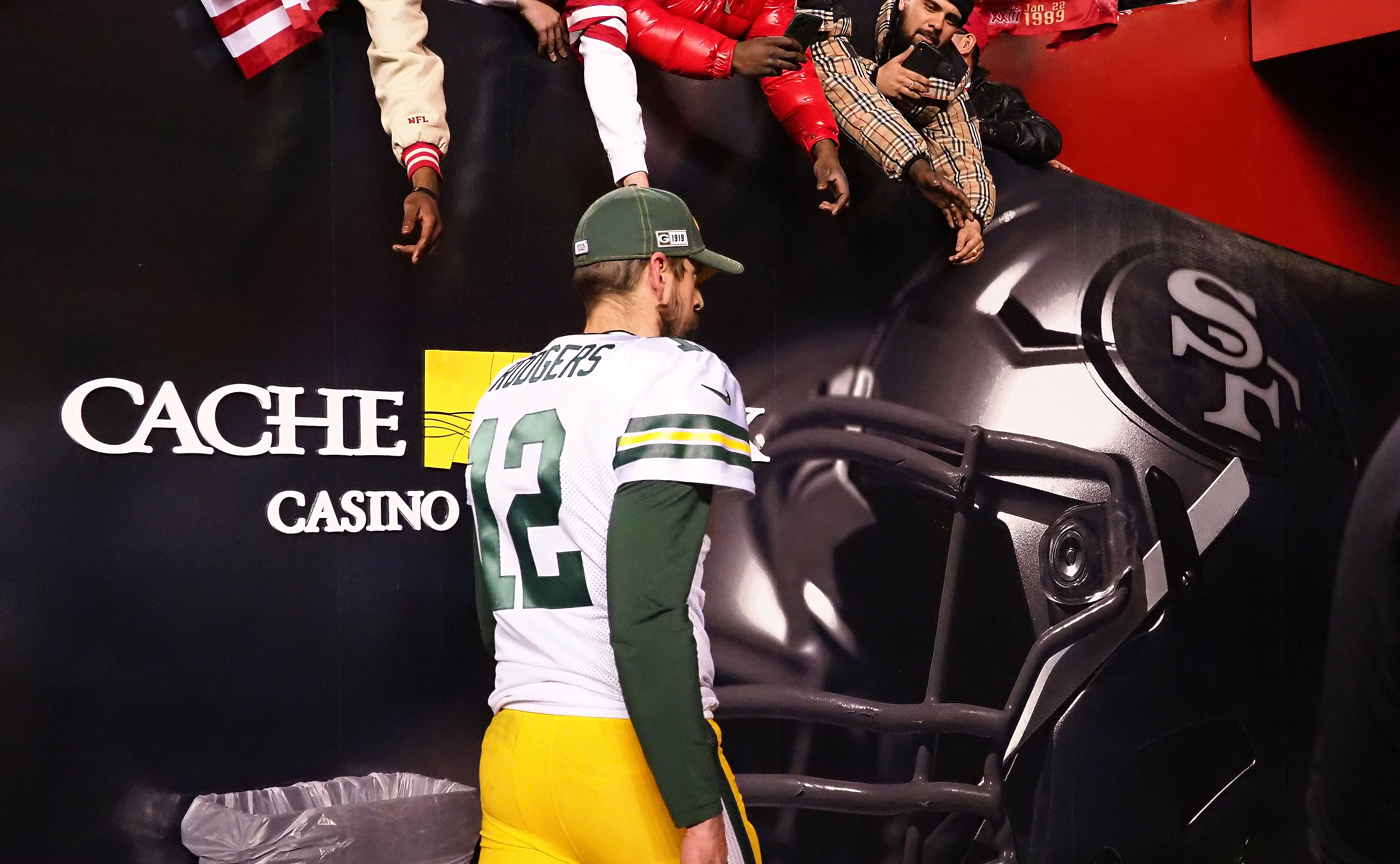 But again, many of those numbers were accumulated after the outcome was no longer in doubt. Green Bay trailed 27-0 at halftime and 34-7 late in the third quarter. Rodgers fumbled a snap that ended a drive at the 49ers 25 and was intercepted once in the first half.

Rodgers overall stats in the NFC Championship Game are well below his career average.  His completion percentage is lower and he has thrown more interceptions (7) than touchdowns (6). Too many of his positive numbers were picked up late in games that had already been decided.

This Sunday, Rodgers will play his first NFC Championship Game at Lambeau Field in front of the home crowd. After the win over the Rams, the Packers quarterback talked about what that meant to him.

“It means a lot,” Rodgers said. “Jordy [Nelson] and I talked about it years ago. We had a lot of starts without being able to host an NFC Championship. I remember what it felt like in 2007…We felt really good about hosting and our chances. That was a really, really cold game, for sure…The fans were special, the energy was special and there is a home field advantage…It is meaningful to have fans at the game…It will be exciting.”

It will also give Rodgers a chance to put together an outstanding performance in the NFC Championship Game and take his team back to the Super Bowl for the first time in a decade.