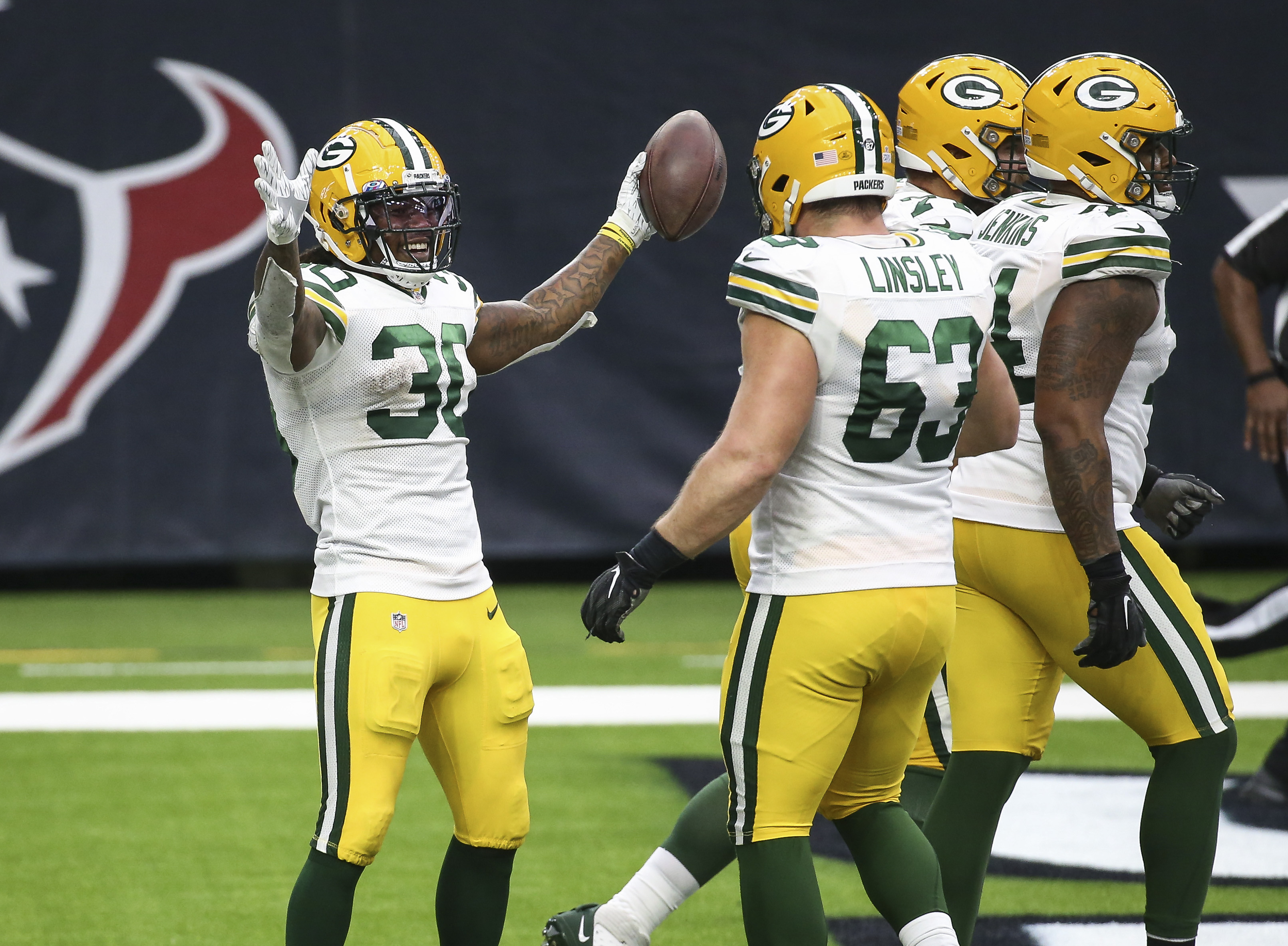 The Packers head into the offseason with a lot of questions. The team again came up one game short of the Super Bowl, falling to the Tampa Bay Buccaneers in the NFC Championship Game. The Packers are also already over the projected salary cap which means that re-signing players will be challenge for GM Brian Gutekunst.

Linsley is coming off his finest season and was named All Pro after grading out as the NFL’s top center according to Pro Football Focus. He is a heady player who calls the signal for the offensive linemen.

Linsley has good speed and is adept at pulling on sweeps and screens and getting to the second level on running plays.

The Packers face two issues with bringing Linsley back. The first is that the former Ohio State star will turn 30 in July and the Packers rarely bring back offensive linemen once they reach that age. The second is the salary cap limitations the team is facing which will hurt their ability to bring back too many of the players on this list without some creative accounting.

Unless he’s willing to give the Pack a home team discount, he will likely get a better offer elsewhere.

Jones is coming off his second straight 1,000-plus yard rushing season, gaining a career high 1,104 yards and scoring nine touchdowns for the Packers in 2020. Jones also caught 47 passes for 355 yards and two more scores.

Jones is a great fit in the Green Bay offense. His speed makes him a threat to score any time he touches the ball. He has a great attitude and works hard to improve his game.

The question is whether the Packers are willing to pay top dollar to retain a running back, a position the modern NFL does not place a lot of value on these days.

The Packers were negotiating with Jones during the season, but they were unable to reach an agreement and eventually he changed agents.

Jones would love to stay and in Green Bay and the Packers would love to keep him, but they won’t overpay a running back in the current economic climate of the league.

King had an up and down season filled with injuries and inconsistency. His performance in the NFC Championship Game hurt the team and frustrated fans.

The University of Washington alum has had trouble staying healthy throughout his career and has never played in all 16 games in any of his first four NFL seasons. He led the Packers with five interceptions in 2019 but did not have any this year.

King has excellent size and reach but his lack of consistency and inability to stay healthy may mean he won’t be back in Green Bay. He should find another team willing to offer him a good contract if the Packers can’t reach an agreement with him.

Williams is a reliable back and a consistent contributor to the Packers offense. He’s tough, enthusiastic and smart.

In 14 games this season, Williams gained 505 yards and scored two touchdowns while also catching 31 passes for 236 more yards and a touchdown.

Williams is the Packers best pass blocking running back and their most reliable receiver. He is a useful player who the Packers would welcome back, especially if they can’t re-sign Jones.

Williams may want to go elsewhere if he feels he can find a place where he can have a chance to start or get more playing time. This is a key offseason for his career.

“Big Dog” is a leader in the locker room and remains one of the better blocking tight ends in the game. He will turn 37 during the offseason and the biggest question surrounding Lewis is whether he plans to retire.

Lewis caught 10 passes for 107 yards and three touchdowns this season. He is no longer a downfield threat but is a reliable check down target. Aaron Rodgers loves playing with the veteran and he has the respect of everybody on the roster.

If Lewis wants to return, the Packers will probably welcome him back at a similar deal to the one he played under this season.

Redmond has provided the Packers with depth at safety for the past three seasons and he’s a solid special teams player.

Ervin didn’t produce as well in 2020 as he did late in 2019. He also was injured and played only eight games before landing on IR for the rest of the season.

Ervin has the skill set to help the offense as well as special teams. The Packers may welcome him back at or near the veteran minimum if he wants to return.

Adams was the Packers third round pick in 2017 but he’s never quite lived up to his draft position. Injuries held him back this year and he played in only eight games making 11 tackles including two tackles for loss.

The tools are there for Adams, but he’s yet to put it all together. The Packers will not make bringing Adams back a priority. If he can find a better deal elsewhere, he may not longer be a Packer in 2021. If he does come back, he will have to fight for a roster spot.

Taylor took a pay cut to stay with the Packers this past offseason. He won the starting right guard spot in training camp but suffered a season-ending injury in Week 1.

If the Packers don’t re-sign Linsley, bringing Taylor back would help the team’s interior line depth. Unfortunately, injuries have limited the former Oklahoma State star to three games total over the past two seasons. If he can stay healthy, Taylor could be a solid contributor to the Green Bay offensive line.

Harrison joined the Packers before the season finale in Chicago and added depth to the defensive line. It is unlikely the veteran run stuffer will be back with the Packers next season unless he signs at or close to the veteran minimum.

Austin was brought in when Ervin was placed on IR. He caught five passes for 20 yards on offense while struggling as a return specialist. Austin will likely only be back if he’s willing to play at or near the veteran minimum. He was a bit of a disappointment after signing with the Pack late this season.

Veldheer re-signed with the Packers during the playoffs but never appeared in a game because he landed on the Covid-19 reserve. It is unclear if the veteran tackle will retire or return. If he comes back to Green Bay, it would be as veteran insurance.

Winn was signed as insurance and played six games for the Packers while splitting time between the practice squad and the active roster. He made six total tackles and knocked down two passes. He’ll be 32 before the start of next season. If he returns, it will be in a similar role to what he did this season.

Burgess played four games for the Packers midseason and contributed almost exclusively on special teams. If he returns, it would be in a similar role although the Packers may be able to find someone who can fill his role while earning less money.

Sullivan was a better dime back than slot corner but he is still a useful role player on defense and special teams. The Packers will likely look to bring Sullivan back and hope that he continues his development.

Tonyan will be back and will be the Packers starting tight end. He has won the trust of his quarterback and the Packers hope he will continue to grow into a Pro Bowl tight end.

The Packers will likely tender Lancaster and bring him back as a role player who will play mostly on running downs. He will fight for a roster spot in 2021.

Greene’s biggest issue is that he is often injured. Also, Mike Pettine loves using Greene at the hybrid S/ILB position, but what if the Packers don’t bring Pettine back?

Boyle continues to develop but with Jordan Love on the roster, will they bring him back? He appears to be a capable backup quarterback at this stage in his career.

Nickerson played one game for the Packers. If they bring him back, he will fight for a roster spot in camp as a depth DB and special teams contributor.