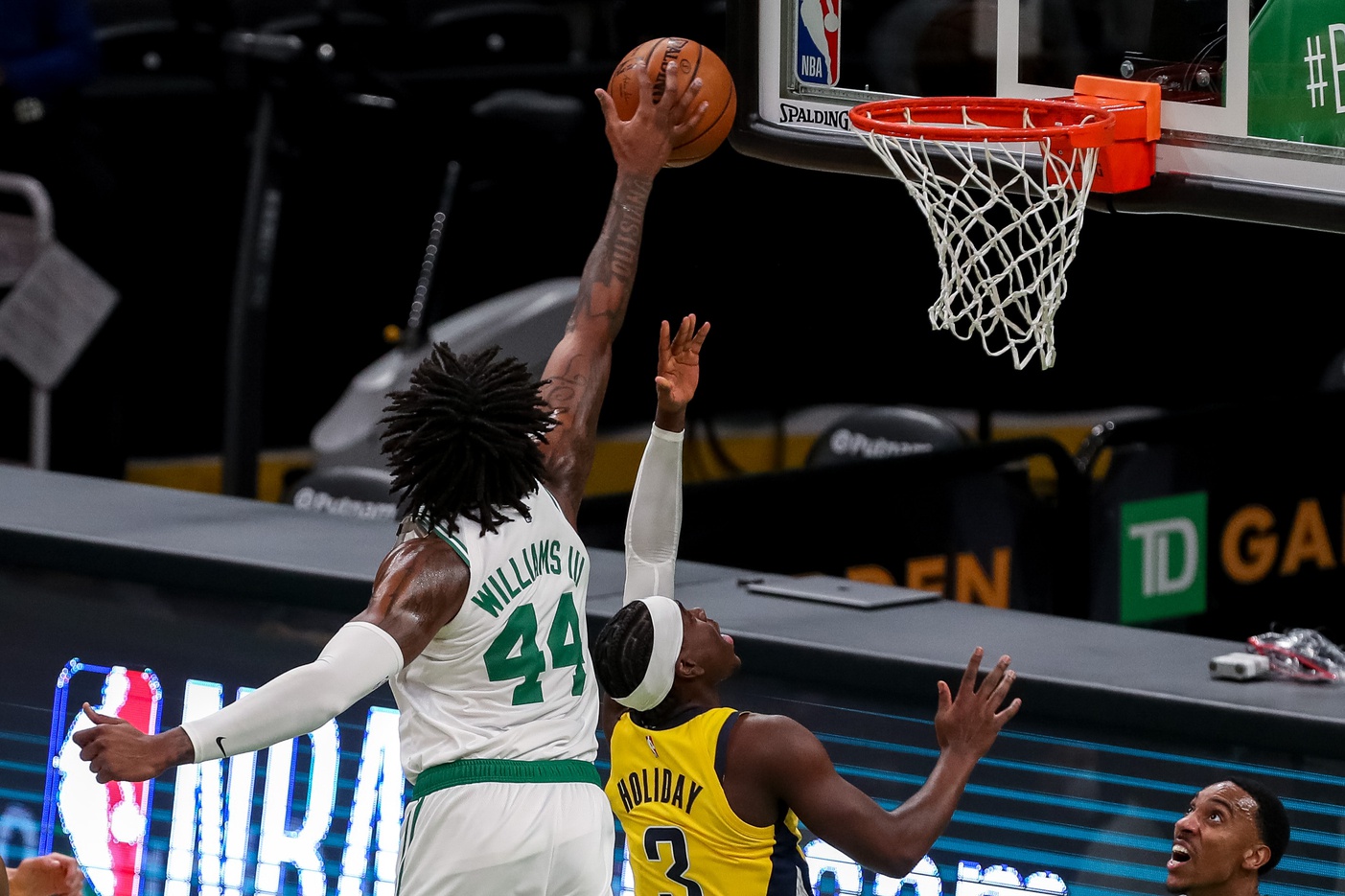 That Celtics win was quite the relief. I won’t take it for granted. What I’m also not gonna do, in this follow-up, is do too much hindsight hand-wringing or prognostication about What It Means For The Celtics’ Near Future.

Instead I did what this post is, like, supposed to be, i.e., the things that stood out to me the most in the game itself. Here goes:

Boston won this game because of Kemba Walker. That’s all there is to it. So we gotta start with him. Early in Q1, when the Pacers were beating on the Celtics’ collective ass like a rented mule, Jayson Tatum and Jaylen Brown couldn’t get anything going. Nobody could, and Indiana took advantage to pour on the punishment.

Walker realized (as was noted by Indiana head coach Nate Bjorkgren to an ESPN interviewer) that the Pacers were leaving driving lanes wide open. So he started driving and exploiting them. When they refocused on the paint, he blasted away successfully from the perimeter. He almost single-handedly got the Cs out of a rut that they could’ve remained in all game—we saw it happen against both Washington and Atlanta—and kept attacking, and also took some key charges on defense. He did exactly what the Cs needed last night, at the highest possible level.

"Where would we be without Kemba Walker in this game?"

2. The proper reaction to pressure

In this recent rut-period for the Celtics, they’ve let the pressure of opponent leads or impending comebacks stymie their focus and ability to circumvent the punches being thrown at them. They didn’t do that in this game. Walker was the catalyst for the early counterattack, and as the game progressed and the team built some confidence, everyone seemed to realize 1) they could regain leads if they lost them 2) Indiana’s scoring could be stymied if they focused on keeping everyone but Sabonis out of the paint (you kinda have to live with him scoring in the paint when you don’t have elite big men) and 3) the sky was not falling.

Consider that moment in the fourth quarter when the Cs lost their 10-point lead in a minute. The Pacers made clutch shots, the Celtics screwed up in some big ways with turnovers, dumb fouls and misses. But Walker catalyzed Boston’s scoring yet again and the rest of the squad tightened up defensively, and that was pretty much that.

3. The part where we talk about Rob Williams

*to the tune of homer simpson demanding a burrito*

I think it might be straight-up irresponsible not to start Williams. At least as a trial run! Ainge clearly drafted him to be the Celtics’ future center, and even though his first two years were uneven, this season has not been uneven for The Man Who Was Timelord in any way other than minutes played. (The not-too-long-ago hip injury may be factoring into that as much as any reticence on Stevens’ part, to be fair.) His biggest negative has always been the mental mistakes on defense, but those are becoming more infrequent. Every time he’s on the court he’s showing staggering offensive efficiency, tremendous rebounding, elite shot-blocking ability and (of late) good passing instincts. All of those were on display last night (14 points, 11 boards, 4 dimes, a steal and 3 blocks), and his lone turnover in Q1 didn’t hurt the Celtics much. As good as Indiana’s bigs were last night, they might’ve been a lot better without Williams on the court.

If we must do a double-big lineup, I don’t see why it can’t be Theis-Williams. Theis can still be the closer, as he was last night, and you can use Thompson as the bruiser off the bench.

Robert Williams has scored a season-high 14 points on 6-of-8 shooting (12, twice)

As for comments about Williams’s “professionalism,” they’re becoming seriously old hat and are beneath commentators who are as otherwise astute as Doris Burke. The guy doesn’t start fights on or off the court, or close down bars. He was late a couple of times as a rookie. That’s all it was.

On a lighter note, context on the burrito thing:

Daniel Theis started the game rusty (he seemed a bit trigger-happy on offense), but ended up being critical on both ends of the floor. He shot 6-for-9 (nice), including 2 triples, to rack up 17 points and looked comfortable both as stretch big and defensive closer.

The box score will show Theis's effort on offense tonight, and it's not going to show his excellent work so hard to hold position in the paint and close to shooters

His blocks in the first quarter on Brogdon and Sabonis helped dull Indiana’s momentum after that monstrous early lead, and a similarly emphatic rejection of Brogdon in Q4 mitigated the Pacers late comeback attempt.

Who knows what it was. Maybe bitterness toward Indiana for jettisoning him after an undeniably strong season as the Pacers point guard. Maybe he’s sick of Weird Celtics Twitter screaming at him all the time. (We may never know the truth about that Demarco account.)

Or maybe…just maybe…Jeff Teague is an NBA veteran guard who knows open driving lanes when he sees them, and he took advantage of them to create contact and get to the stripe. And that definitely was valuable in this game. He still didn’t pass enough, and demonstrated that whole weird endless-dribble thing he does more than once, but at this point, the Celtics need all the help they can get, and he offered it last night.