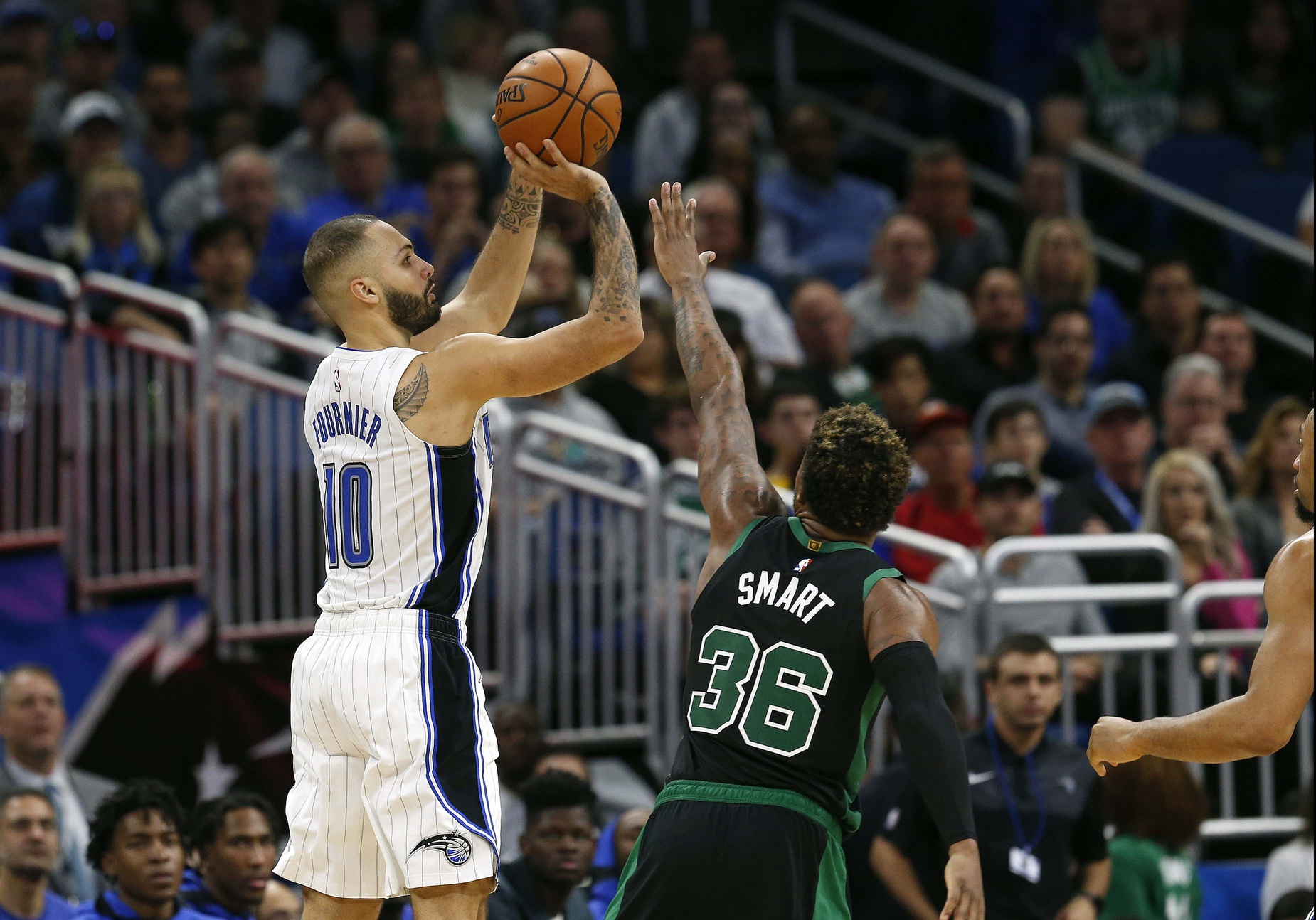 Via Sam Amick of The Athletic (and Matt Moore of Action Network):

Well, here’s a late-night update worth sharing, as first reported by Matt Moore of The Action Network (and confirmed by The Athletic): The Celtics are now considered the front-runners in the Gordon sweepstakes. A source with knowledge of the Gordon talks said the Celtics have indeed put two first-round picks on the table, and that the framework of the deal would also include Magic guard (and free-agent-to-be) Evan Fournier heading to the Celtics.

In that complex framework, the most likely scenario would then involve Celtics guard and two-time first-team All-Defensive selection Marcus Smart heading to the Magic, Gordon and Fournier being Boston-bound and the Celtics using their $28.5 million trade exception in the process.

Yet because the exception can’t be used with more than one player, it appears the teams would have to find additional teams to make all the math work. I’ll leave the rest of that analysis for Hollinger to figure out. The bottom line is this: Boston is now considered the leader for Gordon, with Denver seen as the strongest second suitor.

Flashback to November 30 and Gordon and Fournier were among the early names thrown about as targets for the TPE. I always thought Fournier’s ability to shoot made the most sense, but he rarely gets mentioned in trade rumors.

I’m just not sold the Celtics would move Smart for Fournier, a guy who is about to enter unrestricted free agency. The Celtics already lack everything Smart brings to the table. It’s important to note Smart will be an UFA after next season, and there’s no guarantee the Cs can afford his next contract.

The Celtics would likely ship the two 1st round picks to Orlando for Gordon and absorb his contract through the Gordon Hayward TPE. I’m okay with this deal.

A trade for Fournier would require the Celtics to match $17 million in salaries, a tall task when you exclude Smart. As Sam Amick reports, a 3rd team is necessary to help with the matching salaries.

Sidebar: Kemba Walker and two 1st round picks for Gordon and Fournier works in the NBA Trade Machine. Hmm…