Your Morning Dump... Where the Celtics just have to make a move today, right? 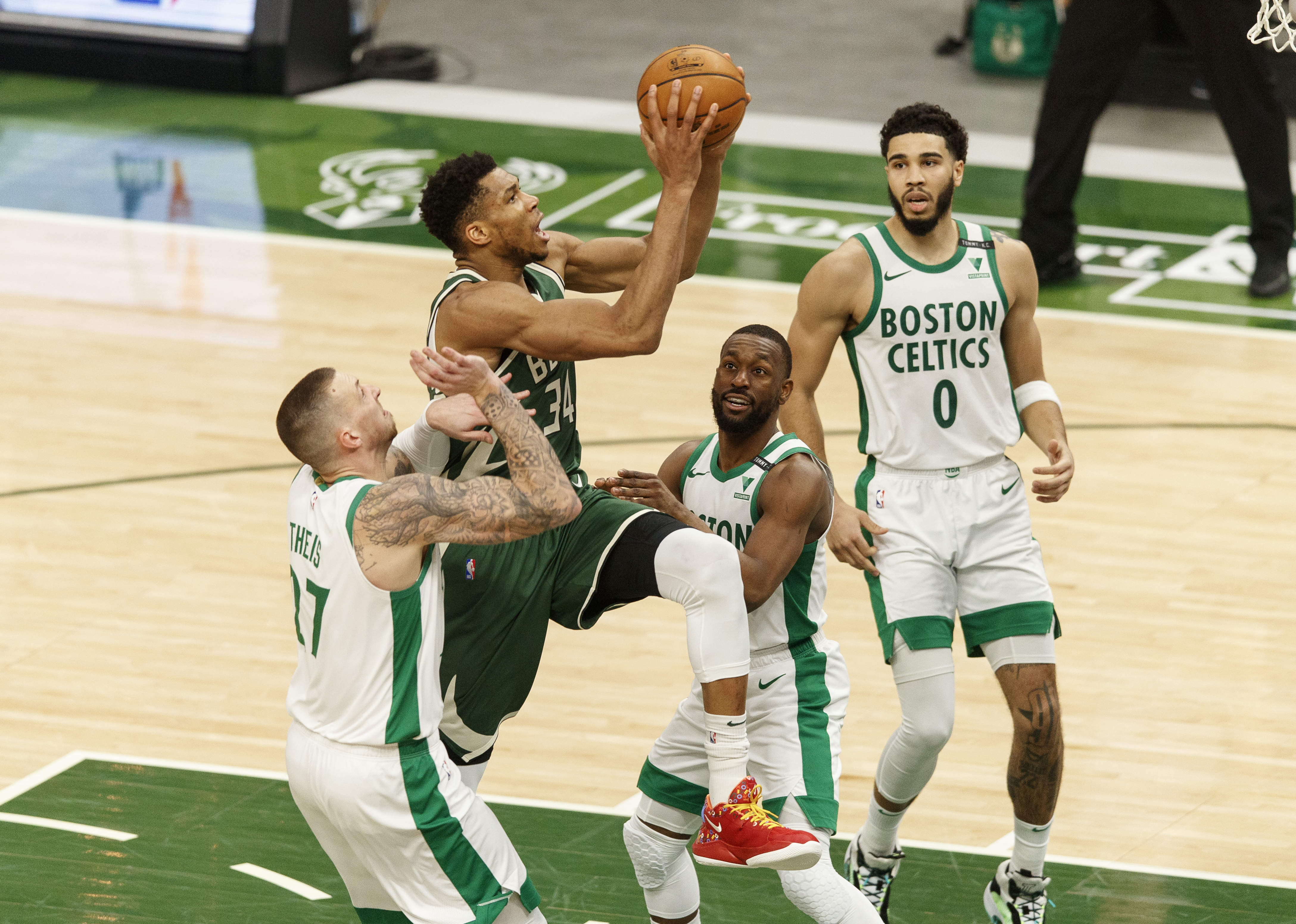 Your Morning Dump... Where the Celtics just have to make a move today, right?

Today is the day! the moves Danny makes (or doesn’t) today will ripple through the Celtics organization for potentially years to come. Dramatic? Sure. But the C’s can’t go on playing like they’ve been playing all year, something needs to change.

The roster needs help. Anyone who has watched the Celtics realizes their bench is one of the more inexperienced and inconsistent in the NBA. Ainge did coach Brad Stevens no favors with his offseason moves. Jeff Teague was supposed to stabilize the backup point guard position, but he went through consistent struggles before some improved play of late.

A move would energize the roster. It’s uncertain how many times veteran players such as Jaylen Brown and Jayson Tatum have to express their fatigue or heavy responsibility without actually coming out and saying they need help. It’s not that Tatum and Brown want to take most of the shots, it’s that they have to. Kemba Walker has been inconsistent, and Marcus Smart is not a pure scorer.

It is not just the fact that this team is not fun to watch anymore. They are simply not producing or contending with top teams. After another close “Tale of Two Halves” type game against the top seed in the East last night, it is clear this team has some parts to contend but is lacking those final pieces to push them over the hump.

As for Harrison Barnes, the Kings deal last night with Detroit (Cory Joseph and 2 2nd-round picks for Delon Wright) all but killed the Barnes-to-Boston dreams:

Looking ahead and reading tea leaves, I also can’t imagine the Kings are trading Harrison Barnes if they are making a move like this to get Wright. Sacramento still probably needs to add another frontcourt player and will no doubt canvas the market for Marvin Bagley III and Buddy Hield this offseason, but this trade is a strong signal the Kings will be focused on ending the league’s longest playoff drought in 2021-22.

As for the pursuit of Aaron Gordon, Bleacher Report’s Jake Fischer says the Nuggets are in the lead:

Boston’s proposed deal has involved Marcus Smart and a first-round pick, sources said, and could even grow to include a second first-round selection plus Boston’s trade exception. It would also then send Evan Fournier to the Celtics.

Yet Denver’s deal, centered around Gary Harris, a first-rounder and one of Denver’s young players (RJ Hampton, Zeke Nnaji and Bol Bol), seems to be gaining momentum as Wednesday turns into Thursday.

Take this report with a grain of salt because Mark Murphy (and many others) say Boston won’t move Smart to Orlando:

Per source: Celtics talks with Orlando re: Aaron Gordon "still alive, but everyone does everything at last minute." Celtics offering first round pick and a young player – not Marcus Smart – and are trying not to include second pick in the deal.

The Celtics cannot stay in this holding pattern of being an “OK” team. It’s up to Danny today to change the trajectory of this franchise, otherwise the Celtics will be limping to the finish line of mediocrity.

On Page 2…Getting vaccinated has its perks

The Heat announced plans Tuesday to open two sections in their lower bowl only for fully vaccinated fans starting with an April 1 game against Golden State. They are the first NBA team to reveal such a plan, though other clubs are believed to be working on similar measures.

Masks will still be required, even for the vaccinated fans, but social distancing rules will be slightly relaxed in those areas.

The NBA told teams last week that such sections would be allowed, under very specific conditions and in accordance with local and state health and safety guidelines. If any of the sections provided by teams include seats within 30 feet of the court, fans in those seats will have to take a PCR test two days prior to the game or an approved antigen test on game day.

So far the Bruins and Celtics are allowing roughly 2,200 fans into the Garden of a potential 19,000+. A far cry from the electric atmosphere those teams are used to, which also may have something to do with the Celtics’ lack of drive (see above). However, this could be the new normal until everyone in the country is vaccinated, and possibly even longer. Hopefully, the league will continue to progress and allow more fans this season into the playoffs, because there is nothing I’d like more than being up in the balcony cheering on the Green.

BSJ: Karalis: Nothing changes, which is the worst part of this Celtics season

Globe: Celtics’ rally not enough in loss to Bucks, and other observations