Five Packers Who Were One-Year Wonders in Green Bay 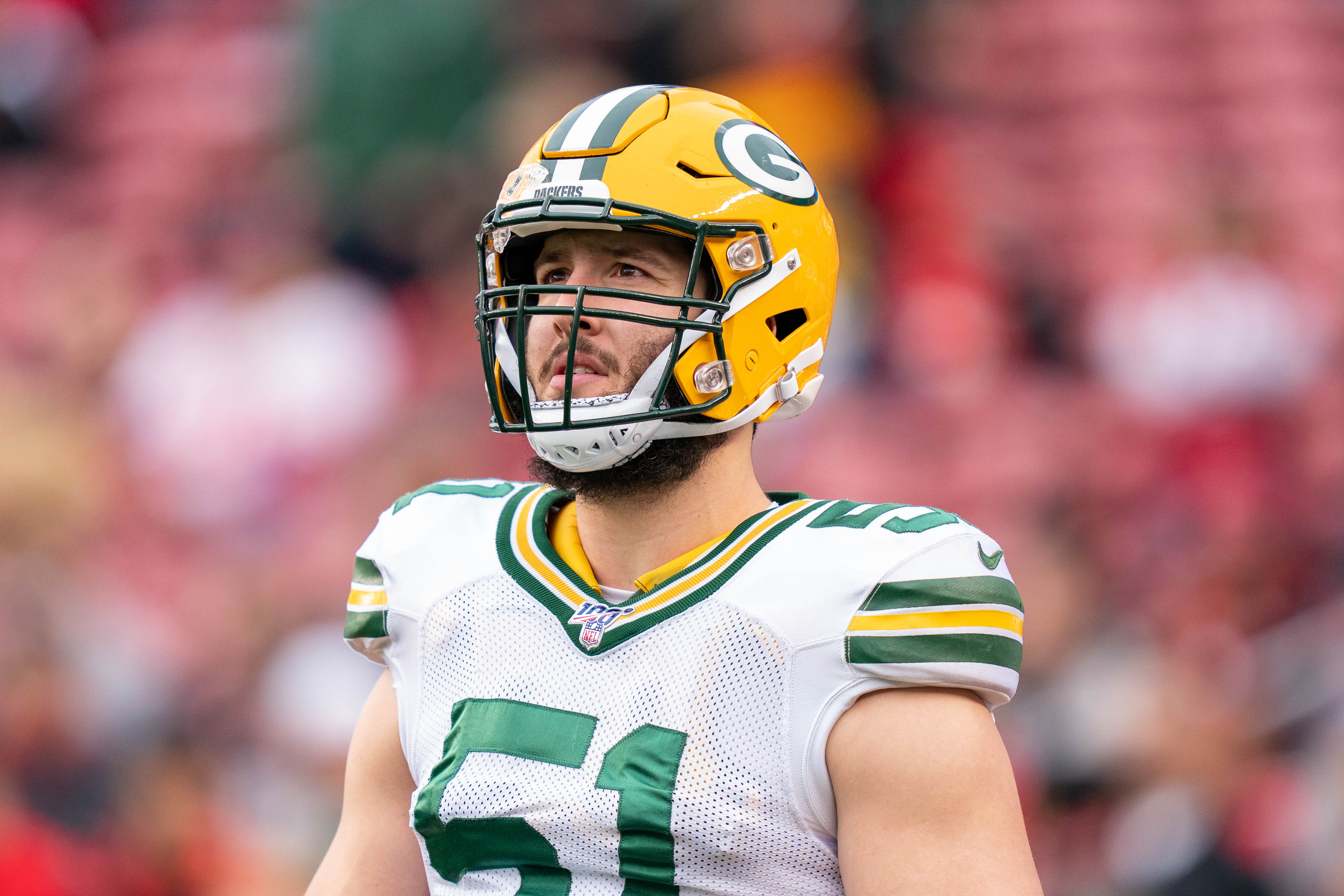 Five Packers Who Were One-Year Wonders in Green Bay

The NFL is an extremely competitive league. Sometimes NFL players have breakout seasons and then go on to be stars or long-term starters at their position. Others just shine for one year but never again match that productivity they had in their one big season.

Here is a look back at five Packers players who had one great season in Green Bay before falling back into obscurity. Players who spent a year with the Packers and then had success elsewhere are not eligible for this list.

Feel free to mention any players you feel deserve consideration for this list but were not mentioned.

The Packers drafted Fackrell in the third round of the 2016 NFL Draft and hoped the former Utah State star would provide pressure on opposing quarterbacks coming off the edge.

Fackrell started only two games in his first two seasons and registered five sacks total. But in 2018, Fackrell had a breakout season, leading the Packers with 10.5 sacks including three in one game against the Seahawks.

But Fackrell fell off to just one sack in a reduced role in 2019 after the Packers signed Za’Darius Smith and Preston Smith.

In 2020, he signed with the New York Giants as a free agent and recorded four sacks in 12 games. This offseason, Fackrell signed with the Los Angeles Chargers where he hopes to earn more playing time.

Fackrell still has time to be productive in the NFL, but thus far, he has never come close to duplicating his 10.5 sack performance in 2018.

Samkon Gado seemingly came out of nowhere to lead the Packers in rushing in 2005 and was gone early the following season when the Pack traded him to Houston.

The former Liberty University star was signed by the Packers after injuries struck starting running back Ahman Green and backups Najeh Davenport and Tony Fisher.

The Nigerian native started five games for the Packers and topped 100 yards in three of those games including an outstanding 171-yard effort against the Lions in Week 14.

For the season, Gado ran 143 times for 582 yards and six touchdowns to lead the Packers in rushing.

The Packers tried to convert the 227-pound Gado to fullback the following season when William Henderson was hurt but they quickly traded him to Houston after the first game of the season. He carried the ball only twice for the Packers in Week 1 for minus-seven yards before he was traded.

Gado played four more seasons in the NFL but his total for those four seasons didn’t match the 582 yards he gained with the Packers.

Today, Gado is a doctor who treats Covid-19 patients. For one brief season, he was a productive and tough runner for the Packers and it was his shining moment on the football field.

Flynn’s best game came in Week 9 against the Lions when he intercepted three passes during the Packers 41-9 victory.

But Flynn was never able to sustain that high level of play. He only intercepted one pass in 1985 and played so poorly in 1986 that the Packers released him midseason.

Flynn signed with the New York Giants and won a Super Bowl with them in 1986 playing mostly on special teams. He never started another NFL game again.

In 1984, Flynn was seemingly always in the right place at the right time but he was unable to duplicate his outstanding rookie season.

When Desmond Howard signed with the Packers as a free agent in 1996, his career was already at a crossroads. He was drafted by Washington with the fourth overall pick in the 1992 NFL Draft but the former Heisman Trophy winner from Michigan never became a factor as a receiver in three years with Washington or his one season in Jacksonville.

In Green Bay, Howard shined as a return specialist. He led the NFL in punt return yards and average in 1996, averaging 15.1-yards per return and scoring three key touchdowns for the Packers.

Howard never matched that 1996 season after he signed with the Raiders in 1997. He returned to Green Bay midway through the 1999 season but averaged only 7.8-yards per punt return and 19.2-yards per kick return.

Howard was a major contributor to the Packers Super Bowl season in 1996, but he never again played at such a high level.

“The Majik Man” had a monster season for the Packers in 1989, leading the NFL in yards (4,318), completions and attempts. The Packers improved to 10-6-0 after winning only four games the previous season and Majkowski was selected to the Pro Bowl.

But Majkowski was never able to match his accomplishments from 1989. He held out for a new contract in 1990 and missed the start of the season before finally agreeing to terms. Then he got injured and missed the final six games.

In 1991, Majkowski began the season as the starter but was inconsistent and was benched in favor of former Bears quarterback Mike Tomczak.

When Mike Holmgren took over as coach in 1992, Majkowski was once again named the starter, but an injury he suffered in Week 3 against Cincinnati led to Brett Favre taking over at quarterback. Majkowski became football’s version of Wally Pipp as Favre started every game for the Packers through the end of the 2007 season.

Majkowski played two seasons for the Colts and two for the Lions but only started a total of eight games before retiring.

For one season, Majkowski was pure “Majik” but he was never able to sustain that level of excellence after his breakout 1989 campaign.