House Speaker Nancy Pelosi’s heart may have been in the right place when she sent a recent tweet, but she failed big-time on the execution, and paid for it.

Pelosi attempted to pay tribute to the late Willie Mays on his 90th birthday on Thursday, so she tweeted out a picture with who she thought was him.

Unfortunately, it was not.

Instead, it was another Giants legend — Willie McCovey — as you can see in the since-deleted tweet below. 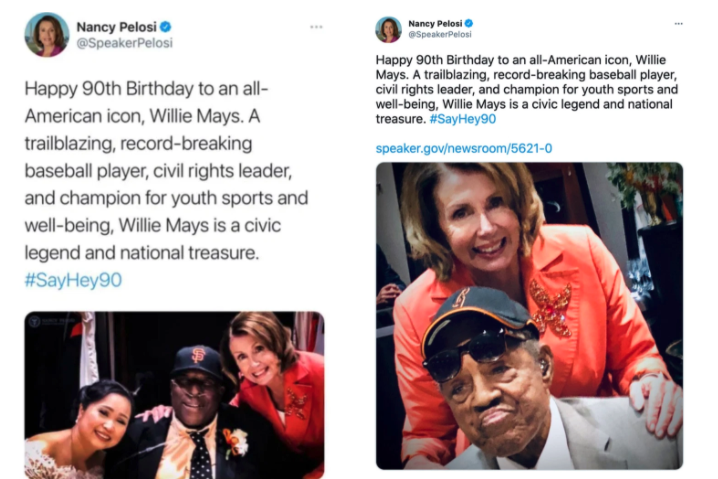 Here’s a take on it. 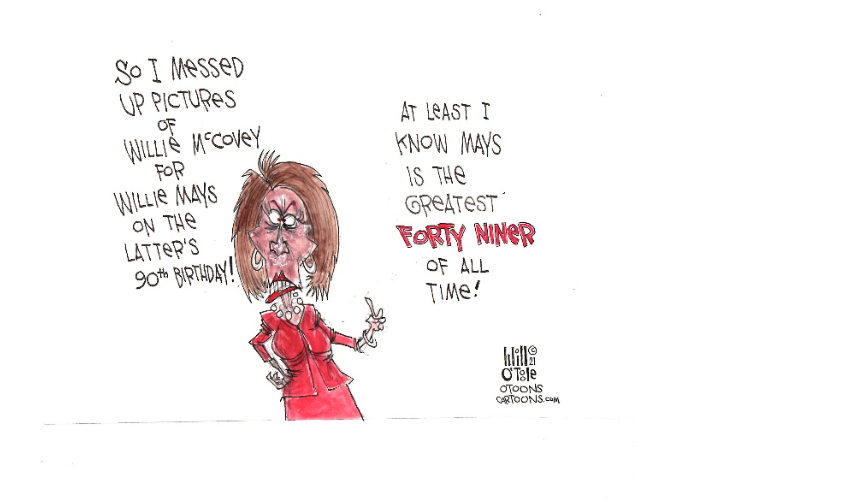