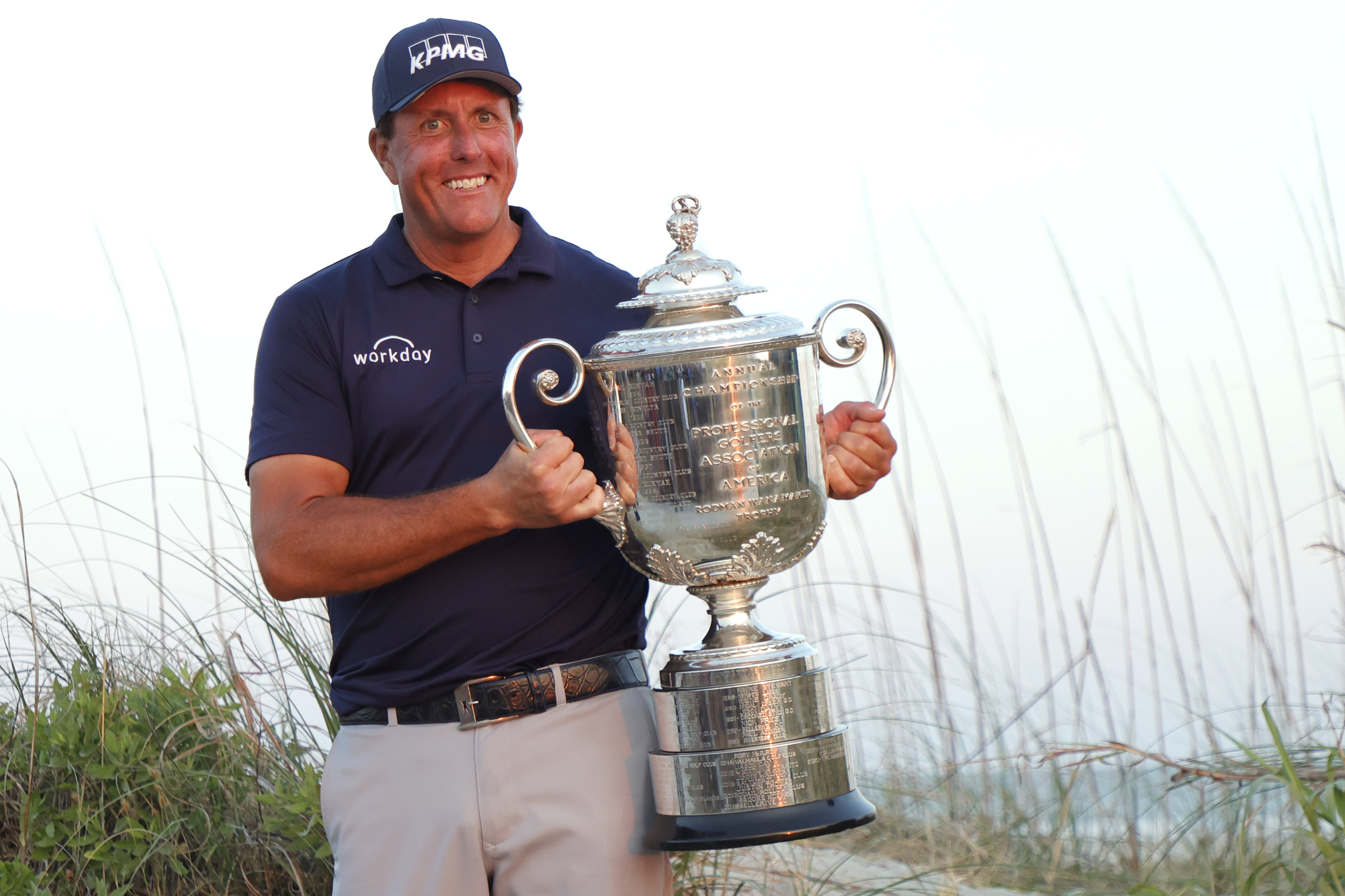 Phil Mickelson of San Diego, CA is now in the history books. On Sunday, he became the oldest golfer ever to win a major championship. The 50-year-old shot a four-round score of -6, to beat Louis Oosthuizen of South Africa and fellow American Brooks Koepka to win his second career PGA Championship at the Ocean Course from the Kiawah Island Golf Resort in South Carolina.

The previous oldest major champion was Julius Boros of Fairfield, CT, who was 48 years old when he won the 1968 PGA Championship from Pecan Valley Golf Club in San Antonio. TX. At the time, it was Boros’s third career major as he previously won the 1952 and 1963 United States Open titles.

A lot of golf fans might be surprised that Boros held the previous record for the oldest golfer to win a major. That is because the great Jack Nicklaus is entrenched in many people’s minds when he won the Masters in 1986 at the age of 46. Nicklaus of Columbus, OH is the oldest to win the Masters, but was in fact two years younger than Boros, and 17 days younger than Tom Morris of St. Andrews, Scotland when he won the 1867 British Open.

The oldest female golfer to win a women’s major was Fay Crocker of Montevideo, Uruguay, who was 45 years, seven months and 11 days old when she won the 1960 Titleholders Championship from Augusta. Mickelson’s precise age is 50 years, 11 months and seven days. So actually he is closer to 51 years old than 50 years old. Also, he will be 51 years and one day old when he tees off at the 2021 United States Open next month at Torrey Pines, which happens to be in Mickelson’s birthplace of San Diego.