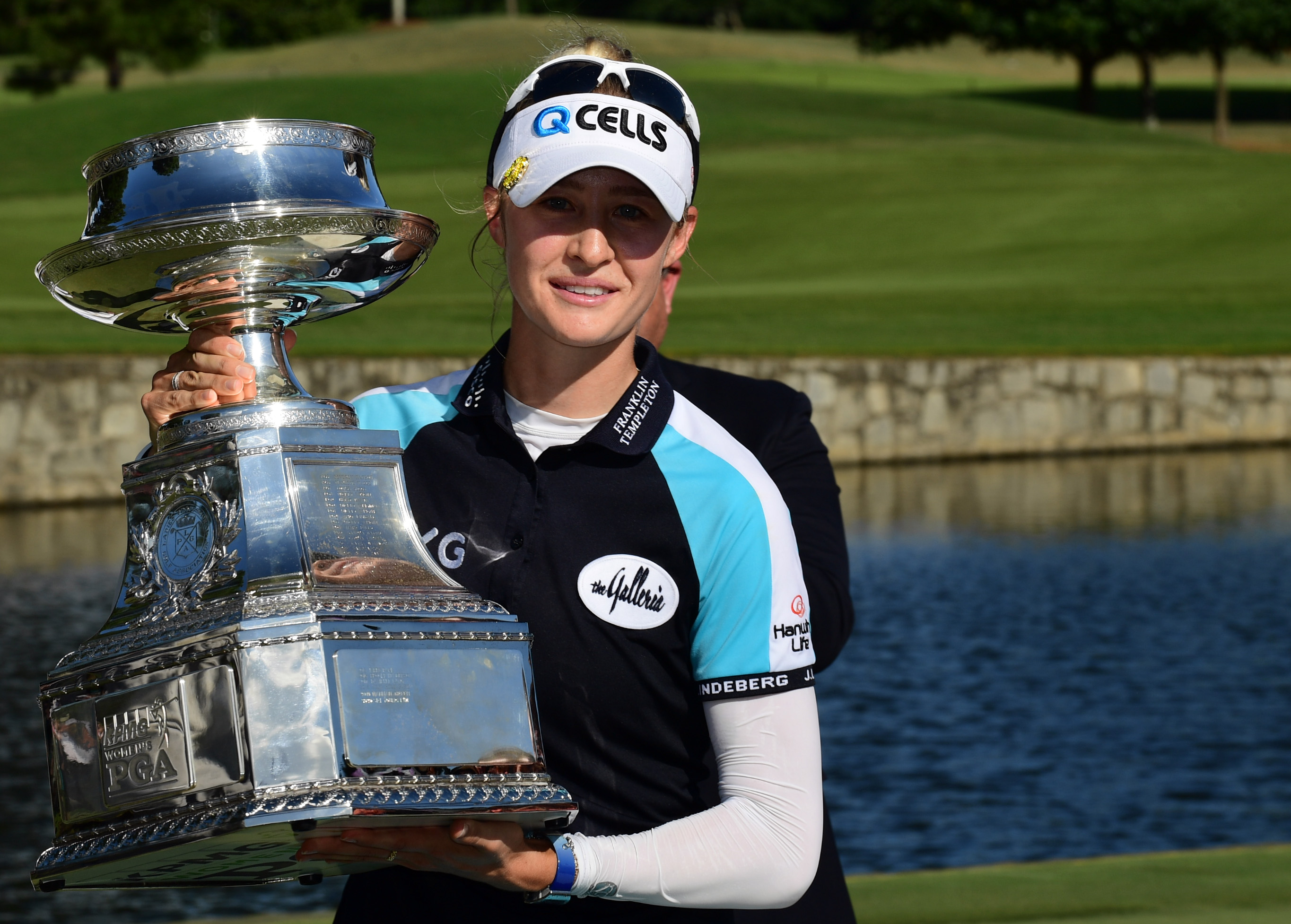 Nelly Korda of Bradenton, FL has won the 2021 Women’s PGA Championship from the Highlands Course at the Atlanta Athletic Club in Atlanta, Georgia. With the win, she became the number one player in the world, and passed South Korea’s Jin Young Ko and Inbee Park from third to first in the Rolex Rankings.

Korda finished the tournament with a four-round score of -19. Lizette Salas of Azusa, CA finished in second place with a score of -16.

Over the four days of competition, it was a sensational performance by Korda. She did get off to a relatively slow start, as her first-round score was only two-under-par, but after the first 18 holes, Korda was without a doubt the best golfer in the field.

In the second round, Korda shot an amazing nine-under-par 63, to move from -2 to -11. She birdied 10 holes, including seven of the first nine holes, where she had an opening nine score of 29. Korda became the fifth women’s golfer ever at the LPGA/Women’s PGA Championship to post a round of nine-under-par. She followed Americans Patty Sheehan (1984), and Meg Mallon (1999), and South Koreans Kelly Shon (2017), and Sei Young Kim (2020).

In the final round, Korda recorded two eagles in her round. She posted scores of three-under-par on the par-five fifth hole and the par-five 12th hole. Korda did run into trouble on the par-three 15th hole, as her tee shot went into the water, and as a result recorded a double bogey, but was able to hang on for the victory for the first major title of her career.