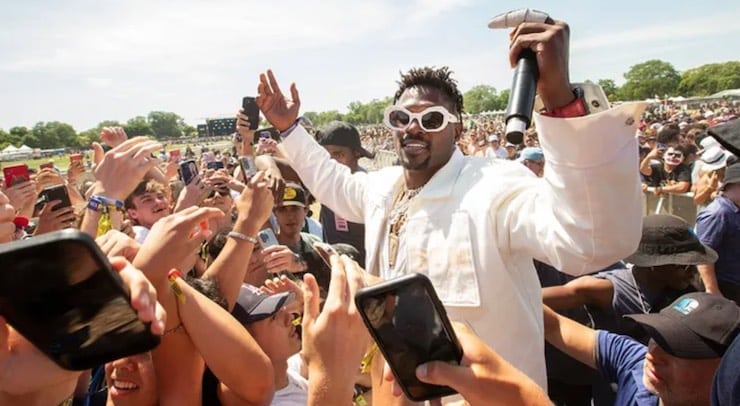 Instead, he is performing songs from his debut album and catching fire on the internet with his viral dance moves.

Antonio Brown won’t be scoring any touchdowns on the field this season but he’s already found a way to score some points on the big stage.

NFL Twitter had some hilarious reactions to AB’s new dance. While many fans are praising the former wide receiver, others are in disbelief of his new signature moves.

The NFL has to bring Antonio Brown back just so he can do his lil dance.

While NFL Twitter had mixed reactions to Brown’s new viral dance, some of the world’s biggest athletes are already spreading the movement.

Ahead of the 2022 NFL season, many fans can expect a lot of touchdown celebrations inspired by Brown’s ‘Do Your Dance’, especially from players at the wide receiver position.

While NFL players were finishing off training camp and gearing up for the start of the preseason this week, wide receiver free agent Antonio Brown was performing his songs at the Summer Smash in Chicago.

Brown got the crowd hyped up with his new viral ‘Do Your Dance’ move.

The wide receiver is still suffering from an ankle injury that may cause him to sit out for the 2022 NFL season.

However, that doesn’t stop AB from promoting his debut album Paradigm.