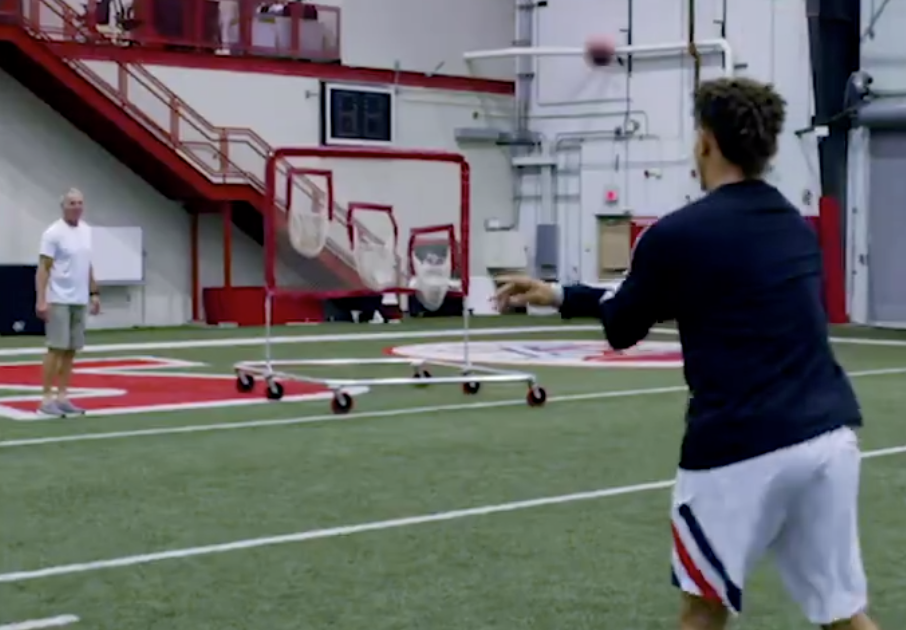 Chiefs quarterback Patrick Mahomes has been known to attempt throws that no one in the league is brave enough to try — and he actually pulls them off.

Offensive coordinators around the league would cringe seeing Mahomes throw passes off his back foot or attempt a bomb on the run, but he makes it work, often resulting in big gains.

And let’s not forget about his signature no-look pass.

Mahomes dazzled in the primetime spotlight when he first attempted it last season, and it’s become his signature throw. He gave Hall of Fame quarterback Brett Favre — the player he’s often compared to — a lesson on how to do it, in footage that aired before Thursday’s Bears-Packers game.

Watch the full video of Favre and Mahomes having a catch with @peter_king: https://t.co/0kbqJGqyWJ pic.twitter.com/gpWzyzpPkw