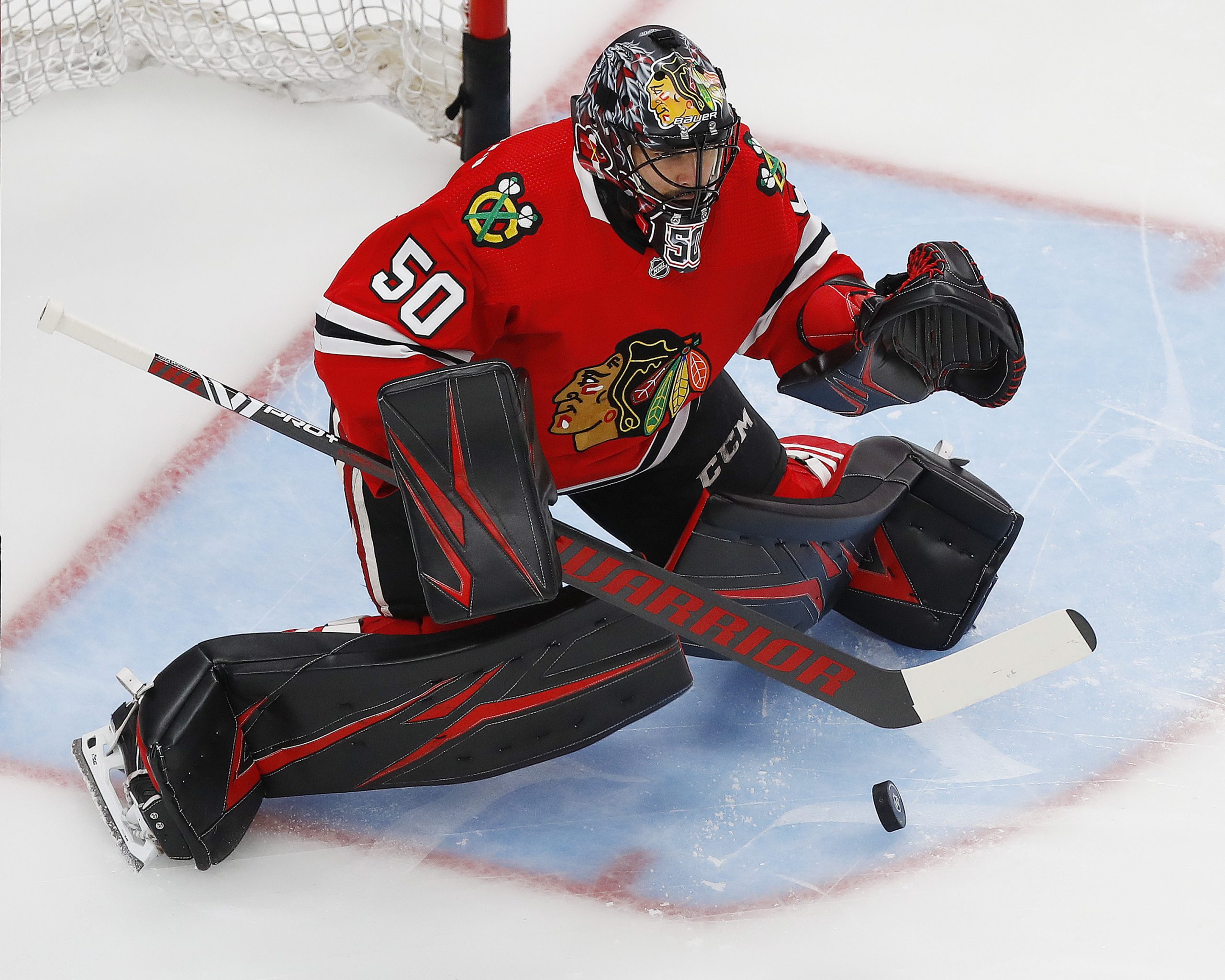 The Chicago Blackhawks are one of the NHL’s Original Six franchises and have been in the league since 1926. The franchise has won six Stanley Cups including three between 2010 and 2015.

The Blackhawks have also featured some of the greatest goaltenders in NHL history, players who made key saves in critical moments that helped their team win championships.

For more information on sports wagering, check out the BetMGM bonus code.

Here is a look at the top four goaltenders in Chicago Blackhawks history:

Eddie “The Eagle” Belfour spent eight seasons with the Blackhawks and won 201 games for the franchise. He won the Calder Trophy as the NHL’s top rookie in 1990-91 after leading the league in goals against average, wins and save percentage.

Belfour was a colorful goalie who led Chicago to the Stanley Cup Final in 1992 where they lost to Mario Lemieux and the Pittsburgh Penguins.

Belfour was selected to three All Star Games with Chicago and also won three Jennings Trophies.

He later won a Stanley Cup with Dallas in 1999 and was inducted into the Hockey Hall of Fame in 2011.

Crawford spent 13 seasons in the NHL and all of them with Chicago. He took over as the starting goalie in 2010-11 and earned All-Rookie honors that season.

Crawford led Chicago to two Stanley Cup championships in 2013 and again two years later. In 2013, he won all 16 postseason games and had a miniscule 1.84 GAA.

Hall spent 10 seasons with Chicago and won 276 games with the club. Four times, “Mr. Goalie” led the NHL in victories and he was the first butterfly style goaltender to star in the league.

The native of Humboldt, Saskatchewan, won three Vezina Trophies and was a First Team postseason All Star five times with Chicago.

In 1961, Hall led the Blackhawks to a Stanley Cup championship, the last title they would win for nearly 50 years.

Hall recorded 51 shutouts with Chicago and later finished his career with the St. Louis Blues who he helped reach the Stanley Cup Finals for three straight years.

Tony Esposito joined the Blackhawks in 1969 and spent 15 years with the franchise. He led the NHL in wins twice and in shutouts three times including an incredible 15 shutouts in 1969-70. That earned him the nickname Tony O.

He won three Vezina Trophies and was selected to five postseason All Star Teams.

Esposito played the butterfly style of goaltending and helped popularize it. His brother, Phil Esposito, was one of the top goal scorers of the 70s with the Boston Bruins and New York Rangers and they enjoyed a mostly friendly rivalry during their time in the NHL.

Tony Esposito won 418 career NHL games and led the Blackhawks to the Stanley Cup Finals twice. He was inducted into the Hockey Hall of Fame in 1988 and his number 35 has been retired by the Blackhawks.