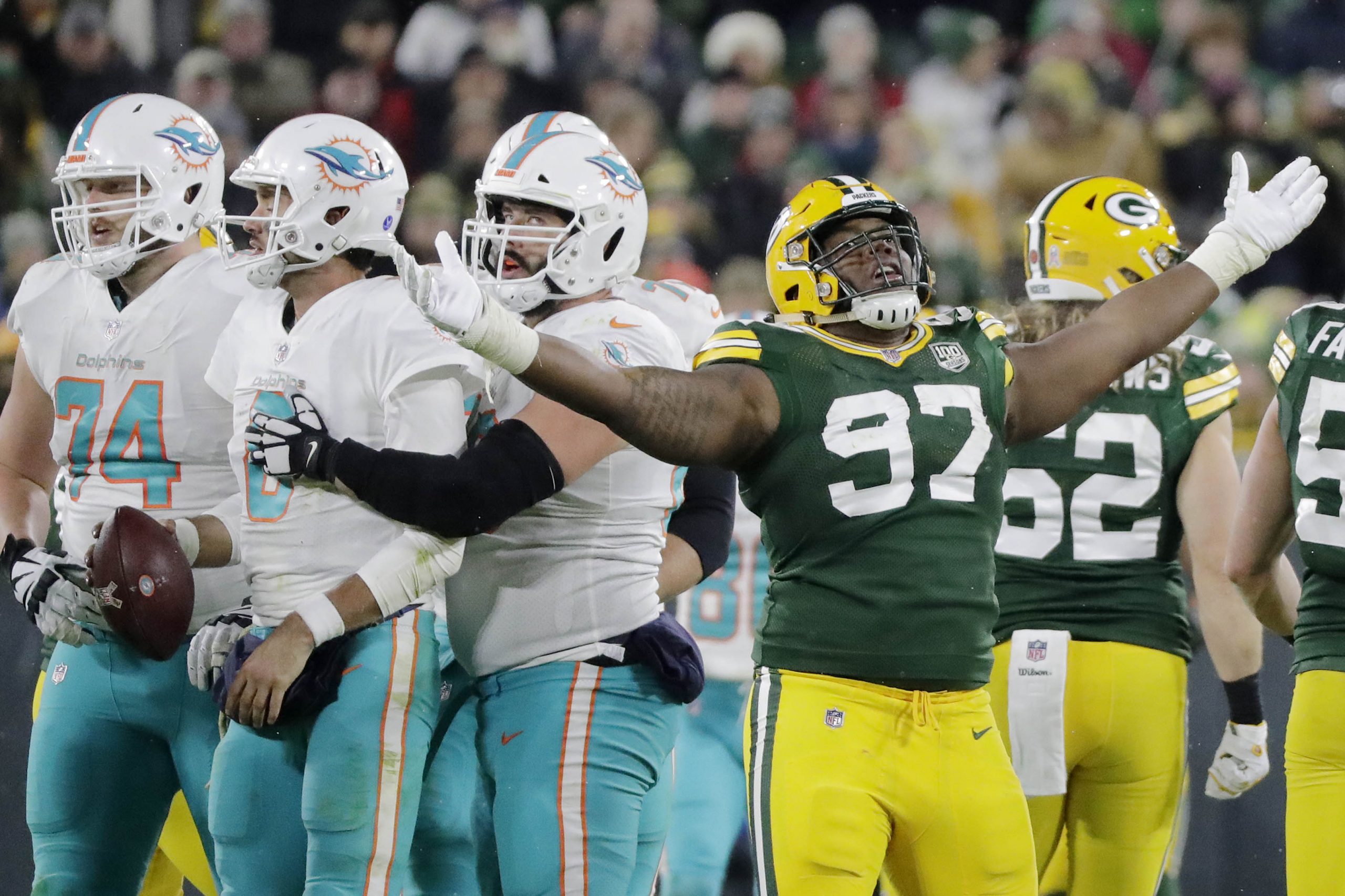 The Green Bay Packers have a definite need at defensive line. Anybody who watched last year’s NFC Championship Game against the 49ers can see that Green Bay’s run defense needs to improve if the team hopes to contend for a Super Bowl in 2020.

3. The NFL and the Packers Devalue Interior Defensive Linemen

The NFL values edge rushers highly, but interior defensive linemen who can stop the run are considered a lower priority by most teams in the modern NFL.

There are a handful of players in the league who can stuff the run and get consistent pressure on quarterbacks from the interior of a defensive line, but not too many. Green Bay’s Kenny Clark is one of those players. Others include Aaron Donald, Geno Atkins and Fletcher Cox.

If you look at the Packers current roster, other than Clark, the rest of the defensive line was drafted in the middle or later rounds if they were drafted at all. Dean Lowry was selected in the fourth round, Tyler Lancaster was undrafted, Kingsley Keke was a fifth-round pick while Montravius Adams was added in the third round.

The only way the Packers add an interior defensive lineman in the early rounds is if an elite player falls to them.

Defensive coordinator Mike Pettine places a much stronger emphasis on stopping the pass than he does on stopping the run. The fact that the Packers play their base 3-4 defense only about 30 percent of the time is indicative of that.

The Packers usually use five or six defensive backs with nickel back Tramon Williams playing 73 percent of snaps last season and dime back Chandon Sullivan being on the field for 34 percent of the team’s defensive snaps.

The Packers have also preferred to use defensive backs in a hybrid inside linebacker/safety position which helps them stop the pass more than stopping the run. Physical defensive backs like Raven Greene, Will Redmond and Ibraheim Campbell have gotten playing time over starting ILB BJ Goodson, who played in only 24 percent of the defensive snaps last season.

Green Bay finished 23rd in the NFL in rushing yards allowed per game and 27th in yards per rush with 4.9 but were just ninth in the league in points allowed with 19.6 per game. Those numbers would tell Pettine his strategy works.

On obvious passing downs, the Packers often played just one defensive lineman (usually Clark), four linebackers and six defensive backs. One of the linebackers was often a hybrid safety/ILB. Again, the Packers try to stop the pass first figuring that teams will rarely be able to beat them by just running the football.

1. The Interior Defensive Line Is Not Deep in This Year’s Draft

According to most experts, there are two interior defensive linemen worthy of a first-round grade. They are Auburn’s Derrick Brown and Javon Kinlaw of South Carolina. Both are expected to be off the board long before the Packers are scheduled to make their first-round selection at 30.

Based on the Packers de-emphasis on interior defensive linemen, it is unlikely the Packers would pay the high price to move up into the top 10 or 15 and select one of them.

Leki Fotu of Utah is also considered one of the better interior linemen in this year’s draft and some people give him a borderline first-round grade. But Fotu is not considered much of a pass rushing threat and is more of a run stuffer. Again, that is a player the Packers would not spend a high draft pick on.

The same could be said of Alabama’s Raekwon Davis. He has shown flashes of pass rush abilities, but not enough to justify using a valuable first round selection to put him into the Green Bay defense.

While interior defensive line is a major need for the Packers, it is highly unlikely they use a first-round pick at that position. The team has other needs and other priorities they value more and that have more quality players available to pick from.

The Packers will draft at least one interior defensive lineman. But it will likely happen on the third day of the draft or in round 3 at the earliest.