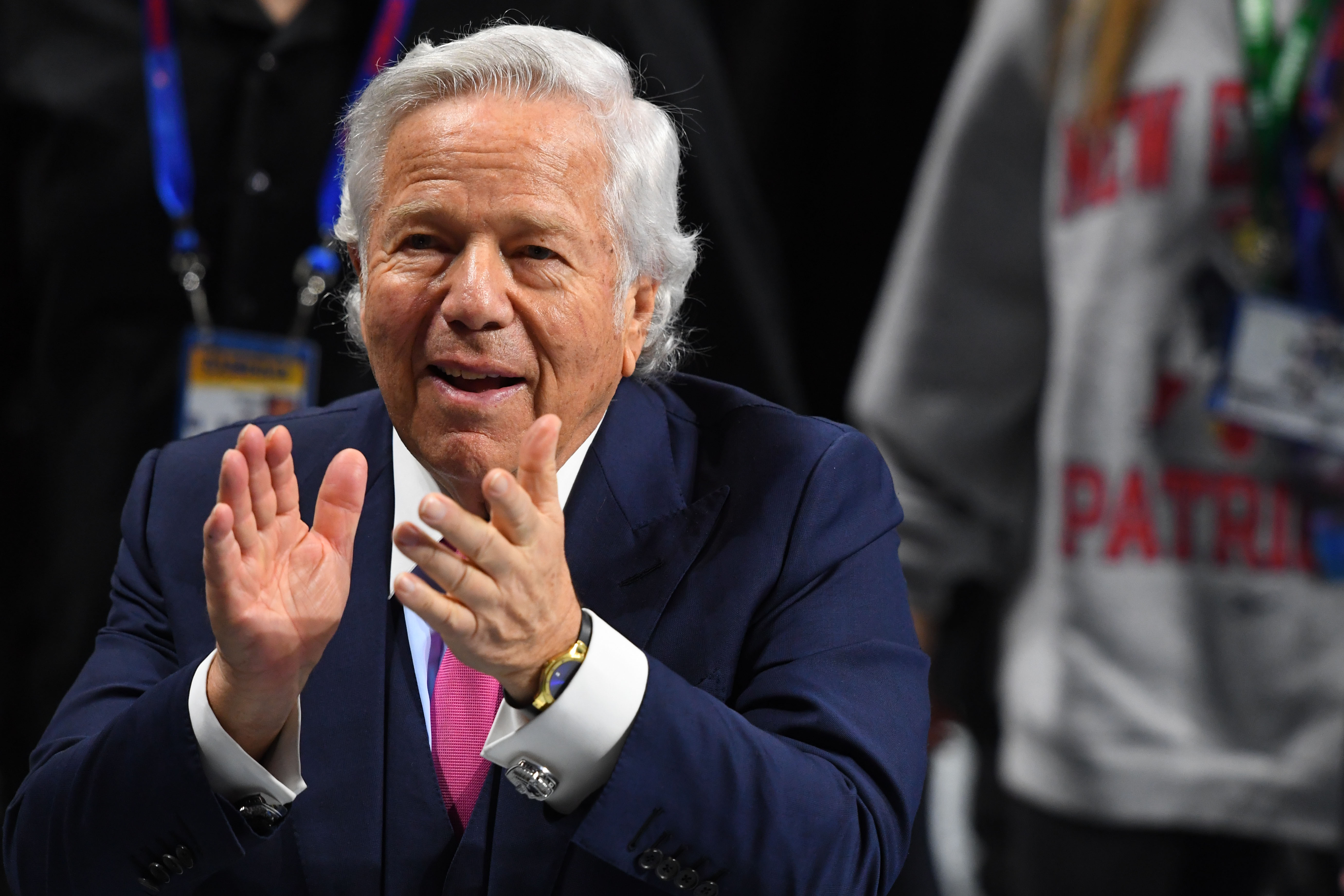 Patriots owner Robert Kraft was celebrating a Super Bowl win just a few weeks ago, but now he’s not only come down to earth, but is dealing with a fairly embarrassing situation.

Kraft was charged with two counts of soliciting prostitution, stemming from his involvement with Orchids of Asia Day Spa in Jupiter, Florida.

His name was on the list, according with a number of others, as you can seen below.

Here is a list of all the men being charged: pic.twitter.com/mF09srw4PU

It’s interesting if you visit the Yelp page for that “spa.” One particular commenter shared a photo, which shows what the sex workers at that “spa” looked like.

Here’s a look at what the storefront looks like.

So which one of them do we think Kraft got involved with? Was it Hua Zhang or Lixia Zhu? The videotape will likely be released shortly, so we’ll soon find out.