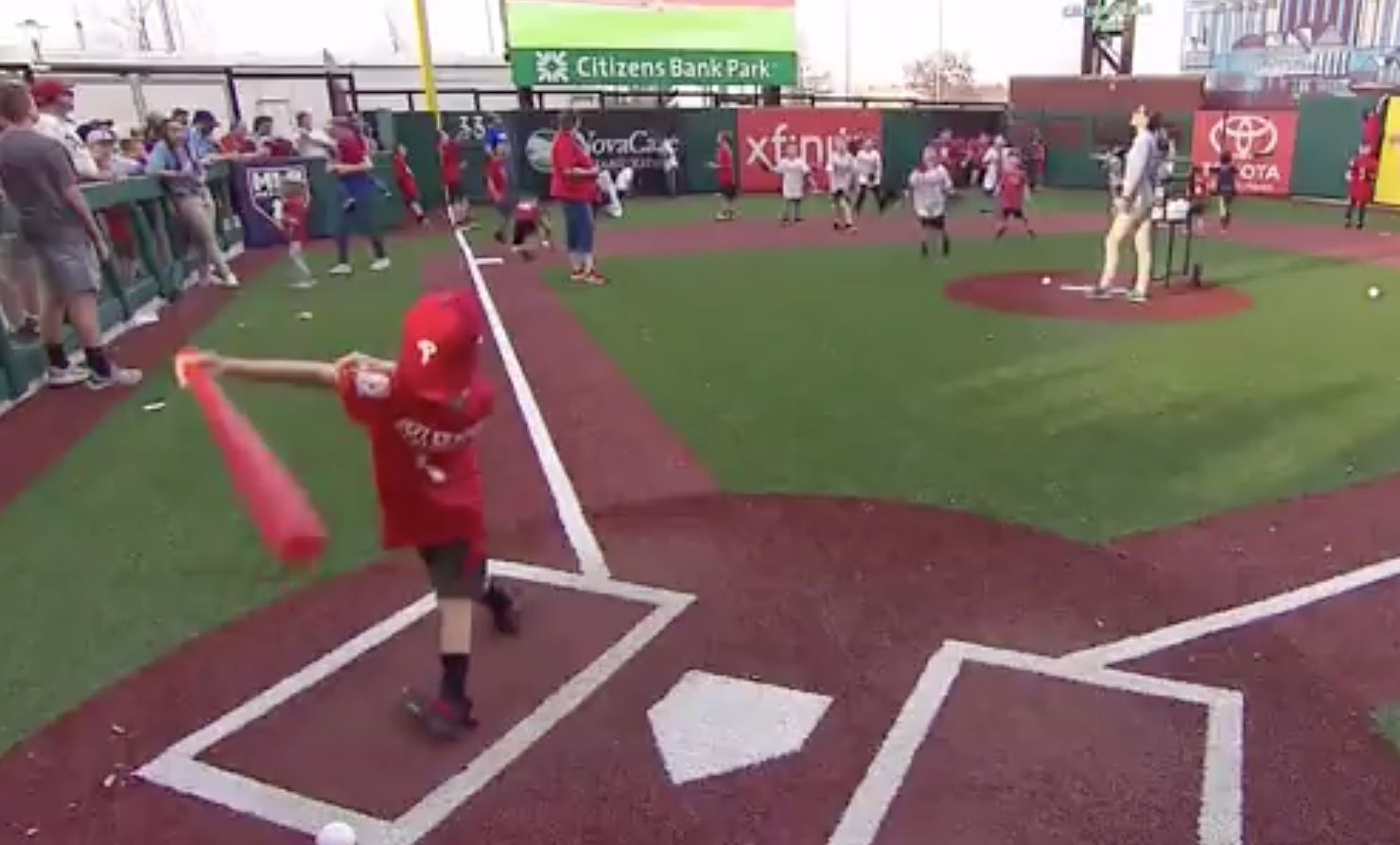 The Phillies took care of business in the season-opening three-game series by sweeping the Atlanta Braves. The offense lived up to the preseason hype by combining for eight home runs, including two each from Bryce Harper, Maikel Franco, and Andrew McCutchen. But the boys in the red pinstripes weren’t the only ones with some swagger after hitting a dinger.

During the Phillies broadcast on Saturday afternoon, the NBC Sports Philadelphia cameras caught a young Phillies fan admiring his power stroke in the Phanatic play area in Citizens Bank Park. Not only did this young lad soak in the glory of his destruction of the whiffle ball, but he showed off some young bat flipping skills as well.

As for the big leaguers, their first series against the Braves showed how much of an advantage it is to have power from top to bottom in the lineup. It can eat a struggling bullpen at any moment. The Braves came into the season-opening series with some concerns about the state of the bullpen, and it showed. Poor control and serving up as many homers as they did showed the Phillies have the bats to make life tough for opposing teams if their pitching isn’t in order.