Phillies set tone for 2019 with Opening Day rout of Braves 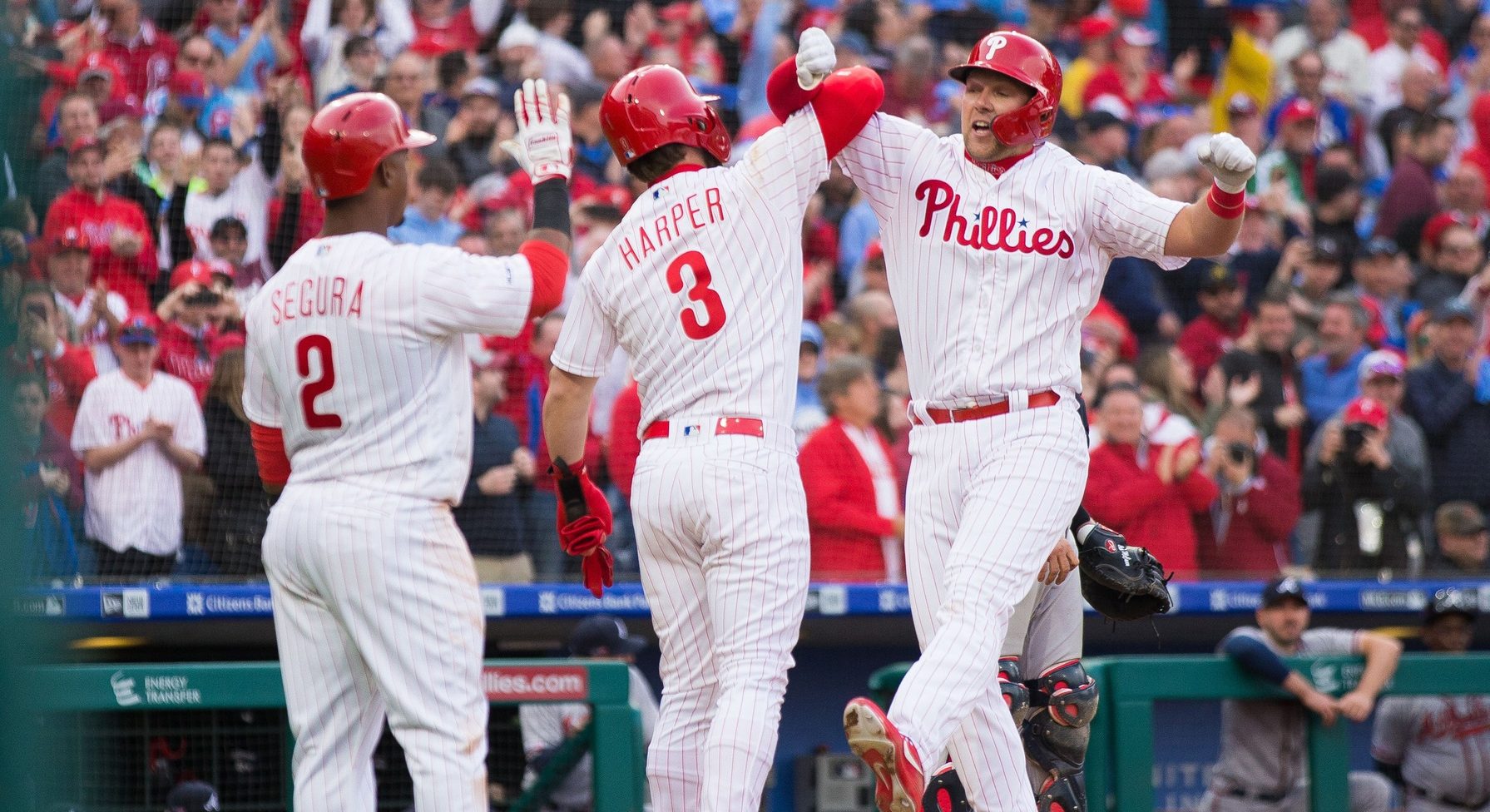 Rhys Hoskins benefitted from having Bryce Harper in the lineup even when Harper went 0-for-3 in his Phillies debut.

Phillies set tone for 2019 with Opening Day rout of Braves

Opening Day is never a must-win game for any team around baseball, but it was encouraging to see the Philadelphia Phillies bust out for a fun 10-4 victory over the Atlanta Braves in their 2019 season debut.

Getting a chance to start the season on the right foot against the defending NL East champion Atlanta Braves, the very team the Phillies faded against last season, was certainly enough on its own to get the emotions running on opening day. But this wasn’t just any opening day. This was the dawn of what will hopefully be a new era with Bryce Harper making his much-anticipated debut in a Phillies uniform. Although Harper went 0-for-3 in his Phillies debut, he did draw a pivotal intentional walk in the seventh inning to lead to the first grand slam in the career of Rhys Hoskins.

This was reminiscent of Harper’s first spring training game with the Phillies down in Clearwater, when Harper drew a walk and was followed by a moonshot by Hoskins to the tiki bar.

The Hoskins grand slam came at a big point of the game as well. The Phillies had seen a 6-1 lead cut to 6-3, putting the game in a little more jeopardy. But after both newcomers Andrew McCutchen and Jean Segura reached base to start the inning in scoring position, the Braves intentionally walked Harper with nobody out and decided to test Hoskins. The grand slam broke the game back wide open in favor of the home team and gave a glimpse of what could be coming our way more this season.

But lets’ back up a bit. This game showed off what makes this team so intriguing even when Harper may not be having a dramatic impact on the game. We were quickly reminded just how good Aaron Nola is as he started the game on the mound by retiring the side in order and moving past a trickier second inning to put together his first quality start of the year. The bottom of the first inning started with a loud bang off the bat of McCutchen in his Phillies debut. He absolutely murdered a 2-0 pitch right on cue to get Citizens Bank Park rocking and giving the Phillies a 1-0 lead.

Segura picked up two hits in his Phillies debut, each time showing what his speed can do to force an infielder to rush a throw to first if the ball is dribbling and bouncing off the turf. He was the only player with multiple hits in the game.

The new look lineup looked solid from top to bottom, and that included the new No. 8 hitter, Maikel Franco. Having Franco’s power at the bottom of the lineup paid dividends on Opening Day with a three-run homer to give the Phillies a 6-1 lead in the sixth inning.

Yes, the bullpen gave up a few runs after coming in to relieve Nola for the last three innings, but it didn’t hurt them on this day. And even Pat Neshek got in on the highlight reel with this comeback liner straight into his glove in the ninth to help close out the win.

They won’t all be like this one, and it’s important not to overreact to one game to start the season, but this Phillies team is going to be fun to watch this year. And right now, they’re tied for first place in the division.