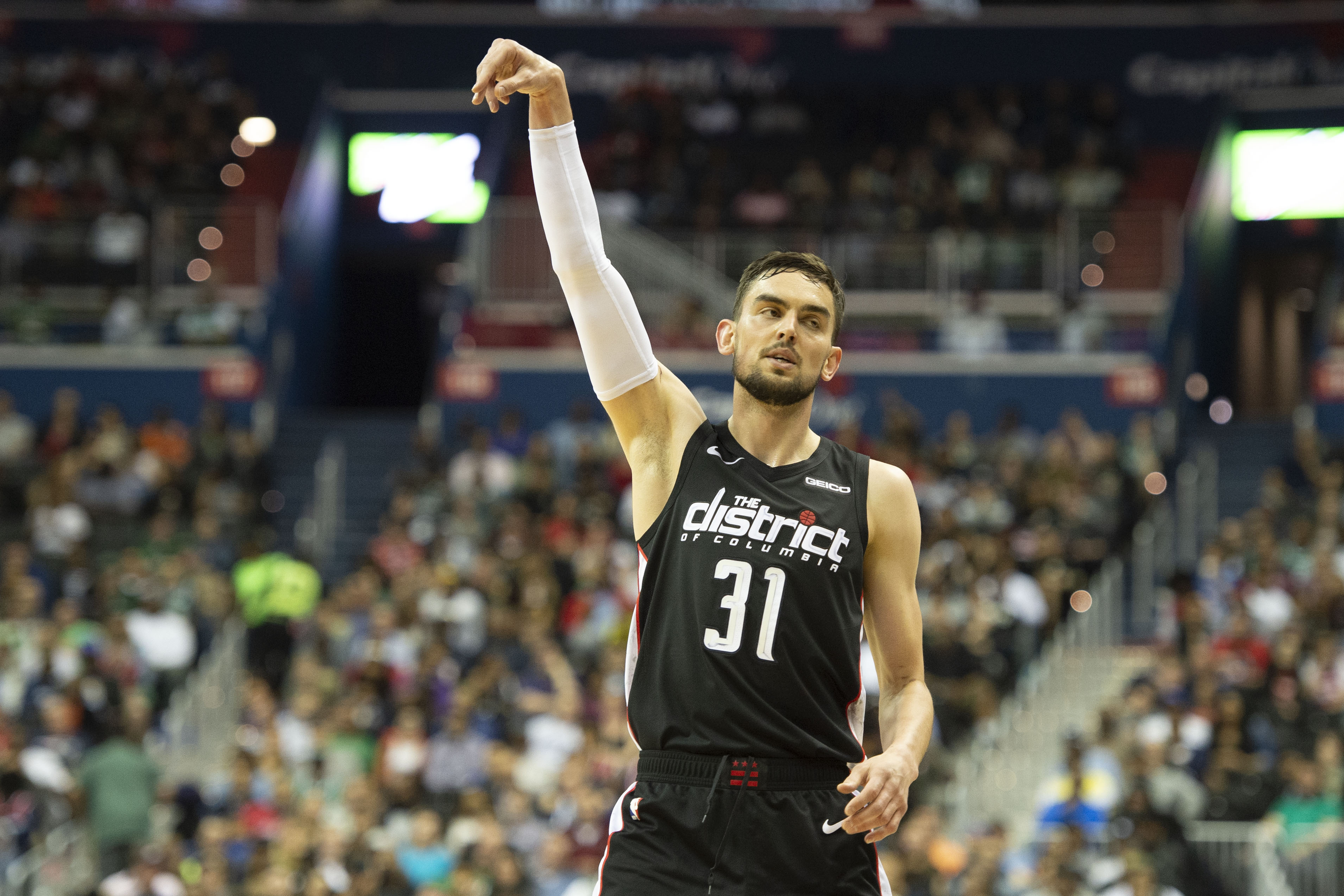 The Washington Wizards opened free agency on Sunday with the expected re-signing of center Thomas Bryant on a three-year deal worth $25 million. The organization then focused on potentially re-signing Tomas Satoransky to be the starting point guard for the 2019-20 season with John Wall recovering from his Achilles rupture.

Satoransky and his representation went out and sought a juicy offer sheet and they got just that from the Chicago Bulls at three-years, $30 million. Despite many in the Wizards organization liking what Satoransky brings to the table, especially interim team president Tommy Sheppard who is most responsible for drafting him to begin with, Washington chose not to match such a deal. Two years ago the team probably would have matched an offer sheet as they did with Otto Porter Jr., but not anymore. Unlike last season when the Wizards did not get draft assets for the expiring contracts of Trevor Ariza or Jeff Green, the team got something out of Satoransky’s departure through a sign-and-trade.

The Wizards used their Bird rights to temporarily re-sign Satoransky to the three-year, $30 million deal then traded him to Chicago for:

More or less the sign-and-trade only nets one additional pick, but it is important to understand the change in front office philosophy. In less than two weeks, Sheppard has acquired three second-round picks, while Ernie Grunfeld traded three second-round picks this past season alone to dump the contracts of Jodie Meeks, Jason Smith, and Markieff Morris. Grunfeld has a reputation of not valuing second round picks as he has often traded them for the likes of Tim Frazier, Trey Burke, and to move up to get Kelly Oubre Jr. It is hard to find the Nikola Jokic, Draymond Green, DeAndre Jordan, Malcolm Brogdon, Marc Gasol, Khris Middleton, Isaiah Thomas, Goran Dragic, Hassan Whiteside, Patrick Beverley, and Danny Greens of the world, but you have zero shot if you don’t have the picks available to start with.

After being a second-round pick himself in 2012 after Washington selected Bradley Beal, Satoransky spent time playing overseas before signing a three-year, $9 million deal with the Wizards in 2016. The 6-foot-7 point guard did not get much playing time in his “rookie” season, but filled in well for John Wall after back-to-back injuries to the five-time All-Star. Last season Satoransky averaged 8.9 points, 5.0 assists, and 3.5 rebounds in 80 games including 54 starts.

Satoransky was often rubbed the wrong way by head coach Scott Brooks who was determined to limit his potential by playing him out of his comfortable decision of point guard whether it be at shooting guard or small forward. The Czech native also did not appreciate the late season signings of Brandon Jennings or Ty Lawson that took minutes away from him after he already had to Burke and Frazier. Such factors make it pretty clear why Satoransky sought a payday of an offer sheet, especially with it meaning a reunion with his buddy Otto Porter Jr.

Knowing that this was likely to go down, Washington’s front office moved swiftly to find a replacement in veteran point guard Ish Smith. The soon to be 31-year old on July 5 was on the Wizards with a non-guaranteed contract before the 2015 season. He was waived a month later after playing in the preseason. Four years later, Smith returns to D.C.

A journeyman of the league playing for now 11 different teams, Smith settled in with the Detroit Pistons where he averaged 9.8 points and 4.5 assists in 24 minutes per game across the last three seasons. As of right now, Smith would be in line to start for Washington, which he has done 142 times throughout his career, but the Wizards are looking to still bring in another ball handler. Possibly Isaiah Thomas according to The Athletic’s David Aldridge. Washington also remains high on undrafted free agent Justin Robinson out of Virginia Tech.

Smith was given a two-year, $12 million deal that will reportedly use a good chunk of the Wizards’ $9.258 million mid-level exception. They did have salary cap space to sign him if they were to waive Jonathon Simmons, which seemed likely on draft night, but they may need it for flexibility to officially receive Mo Wagner and company during the Anthony Davis trade.

Washington still has their bi-annual exception ($3.62 million), part of their mid-level exception ($3.40 million), and multiple trade exceptions ($8.6 million – Morris and ~$5 million – Satoransky) remaining. They can try and get creative to fill out the rest of their roster as such after deciding what to do with Jonathon Simmons, Jermerrio Jones, Jordan McRae, Tarik Phillip, Admiral Schofield, and Justin Robinson. Right now there is not a whole lot of scoring or playmaking behind Bradley Beal. Maybe somehow Jabari Parker returns or the Wizards take on an expiring contract? We shall see.