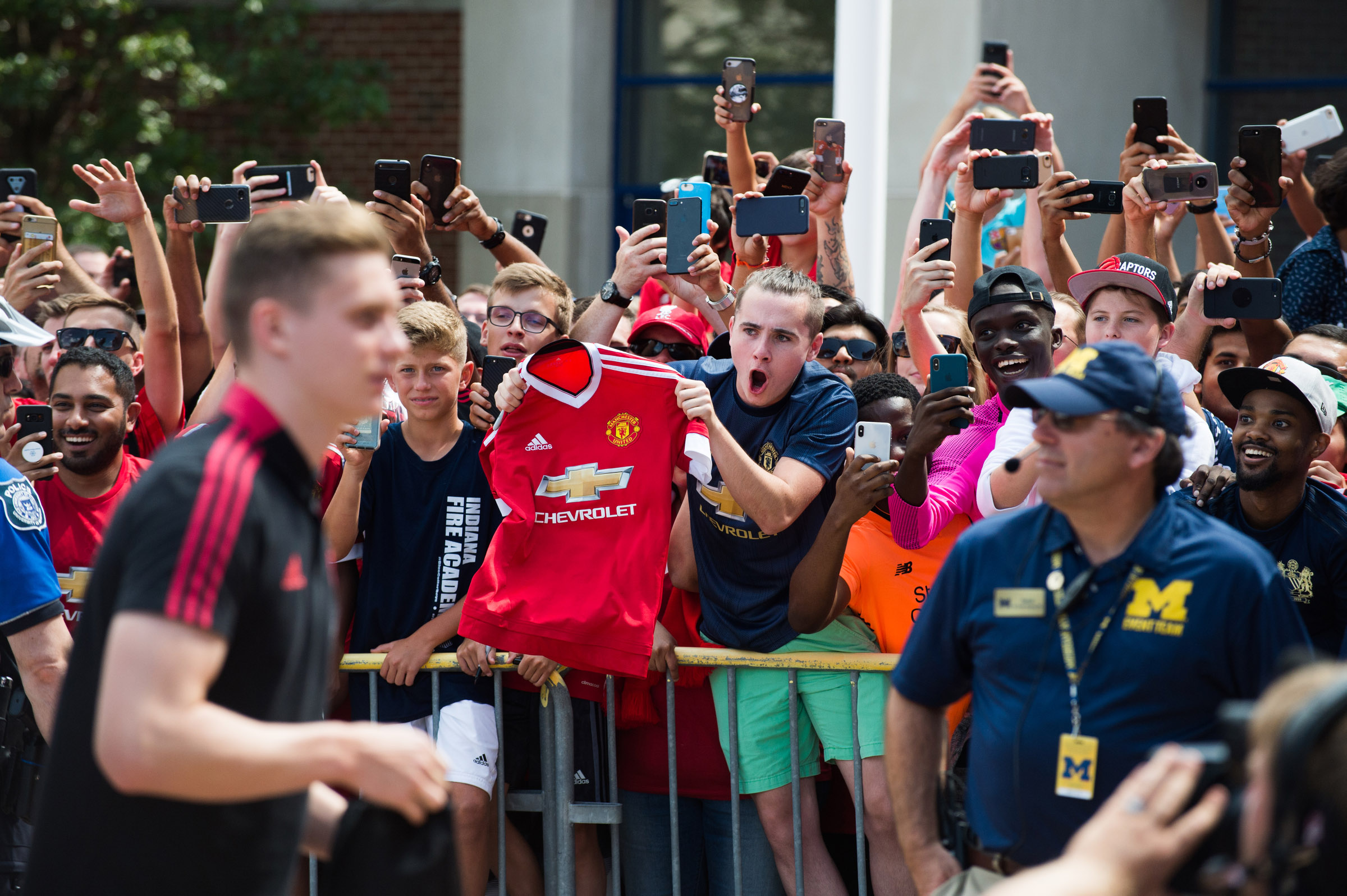 With the Premier League resuming today, 17th, June 2020, this has been another season of disappointment for the Red half of Manchester. For a team that used to win two or three titles a season, they are fighting for a fourth-place finish. Ole Gunnar Solskjaer is trying to the best of his limits to transform this team into a force that used to rule English football back in the day. Being part of the Class of 92, fans believe he could turn the table for the Red Devils.

The last league action for United saw them win over city rivals- Manchester City. The 2-0 win at home meant they completed a season double against the Blues just like the good old days. They are also the only team apart from Watford to get at least a point against the table toppers Liverpool. But the fans demand more from the squad which is a mix of impeccable talent and fading stars.

With a handful of games to go, Football experts at Lines.com highlight a few things that will excite the fans about United returning to the pitch in a few days.

The fans will be happy to see Marcus Rashford up and running in the training sessions. Many wrote him off for the rest of the season after the back injury in his final competitive appearance before the break. Watching him walking off the pitch against Wolves in the FA Cup was a heartbreaking sight to many fans.

With 14 goals in the league, the 22-year-old is the top scorer of the team. The team had a mixed bag of results since he was on the sidelines. But with him in the first eleven, they will have a reinforced attack along with the in-form Anthony Martial.

Now for the return of the best player in Manchester United- Yes, I am referring to Paul Labile Pogba. Even the most active of followers are not sure how long he has been out of the squad or for what reasons.

But we can all agree how good the Frenchman is when he is on song. There are very few players in the game who could turn a game on its head. The World cup winner is definitely one among them.

The gaffer will be happy to see him back, but the same cannot be told about the opposition. Marking Pogba on the pitch is a painstaking job for most of the defenders. The man is quite a team player who we can see helping the defense out and chip in useful goals on the other end.

He will need some time to get back into rhythm after the lengthy absence from the pitch. With FA Cup fixtures also on the horizon, he will get limited play time if the manager does not want to risk injury yet again.

Anthony Martial will be the happiest man in the world with Marcus Rashford coming back into the squad. These two have been crucial in the goal-scoring department this season, with Rashford having his best season so far.

The English Winger has 19 goals in all competitions, which is his best for the club. Martial has also chipped in with 16 goals and at the current rate, he is also ready to surpass his club record for a season.

They remind us of a striking unit that happened years ago -the one with a certain Cristiano Ronaldo and Wayne Rooney. It is too soon to put them under that ladder of players, but they have improved exponentially this season.

We could see a fluid chemistry between them in the final third of the pitch. Rashford was having a struggle in playing down the middle with no support from the wings. But Martial has taken up that responsibility this year with the left-wing ruled by the latter. Both of them are a menace for defenses who find it hard to cope with their blistering pace and movement.

The decision to bring in Bruno Fernandes has paid off for the management. The team was struggling to find a creative spark, with Paul Pogba out with injury, and the replacements did an “OK” job until Bruno arrived at the scene and Boy! Did he arrive?

The Sporting playmaker has made his presence felt with two goals and three assists in his first five matches for his new club. Many believed he would struggle in the Premier League as he had no experience playing out of Portugal. Guess what, he did not need matches but minutes to make his mark on this season.

United fans are drooling at the thought of Bruno and Pogba together on the field. They were lacking such a pairing of two top drawer midfielders since the departure of Sir Alex Ferguson.

Solskjaer will be more than happy that he got two powerful weapons in his arsenal, but we can see Pogba introduced slowly into this new world order after that long-term injury. While Bruno is more inclined towards the final third, Pogba is flexible to keep things in order in the defense. But it would be unfair to waste his attacking prowess, putting him way out of his comfort zone. Ole has the option to use Fred, Nemanja Matic, or Scott McTominay in the holding role and thus freeing up the two big guns.

Next Season in Europe

The title race has been one-sided, but the fight for the top four spots will be fierce in the weeks to come. Considering Manchester City is still waiting for the Financial Fair Play-ban to be lifted, the fifth-place side may be the lucky one going to the Champions League.

But three teams are in contention for that golden chance- Sheffield, Wolves, and United. Giants like Arsenal and Tottenham, who were the finalists last season, are already out of the race credit to their woeful show this season.

Sheffield United has been exceptional all season, surprising the traditional top four sides to get where they are now. But the rest of the season will be daunting for them as they still have to play United, Spurs, Wolves, Chelsea, Leicester and Everton.

Apart from the Blades, Wolves are next in line for European participation. With Arsenal, Sheffield, United, Chelsea, and Everton to come next, they also have a hard path to victory.

Talking about United, they have a comparatively easier ending to this campaign. Five of their remaining seven matches are against teams at the bottom of the table. Only Leicester and Sheffield are the hard nuts to crack for the Red Devils. So in short, Champions League football is theirs to lose.

No Lingard and Pereira. Please!

The only reason these two were on the pitch this season was because of the injuries sustained by others. But they have shown no glimmer of form so far as there is only one goal between them in 43 Premier League fixtures. Jesse Lingard was promising in his first season at United, but now even the supporters do not want him in the first team.

With the rest of the midfield pack stepping up and adding to that the return of Pogba and the in-form Fernandes, these two will get little to no time on the pitch for the rest of the campaign.

They brought Andreas Pereira in more as a filling-in substitute but he has never risen to the expectations. The transfer rumors surrounding these two have been around all season and maybe they will think about leaving soon.