5 rational thoughts after the Celtics' disappointment in Indianapolis 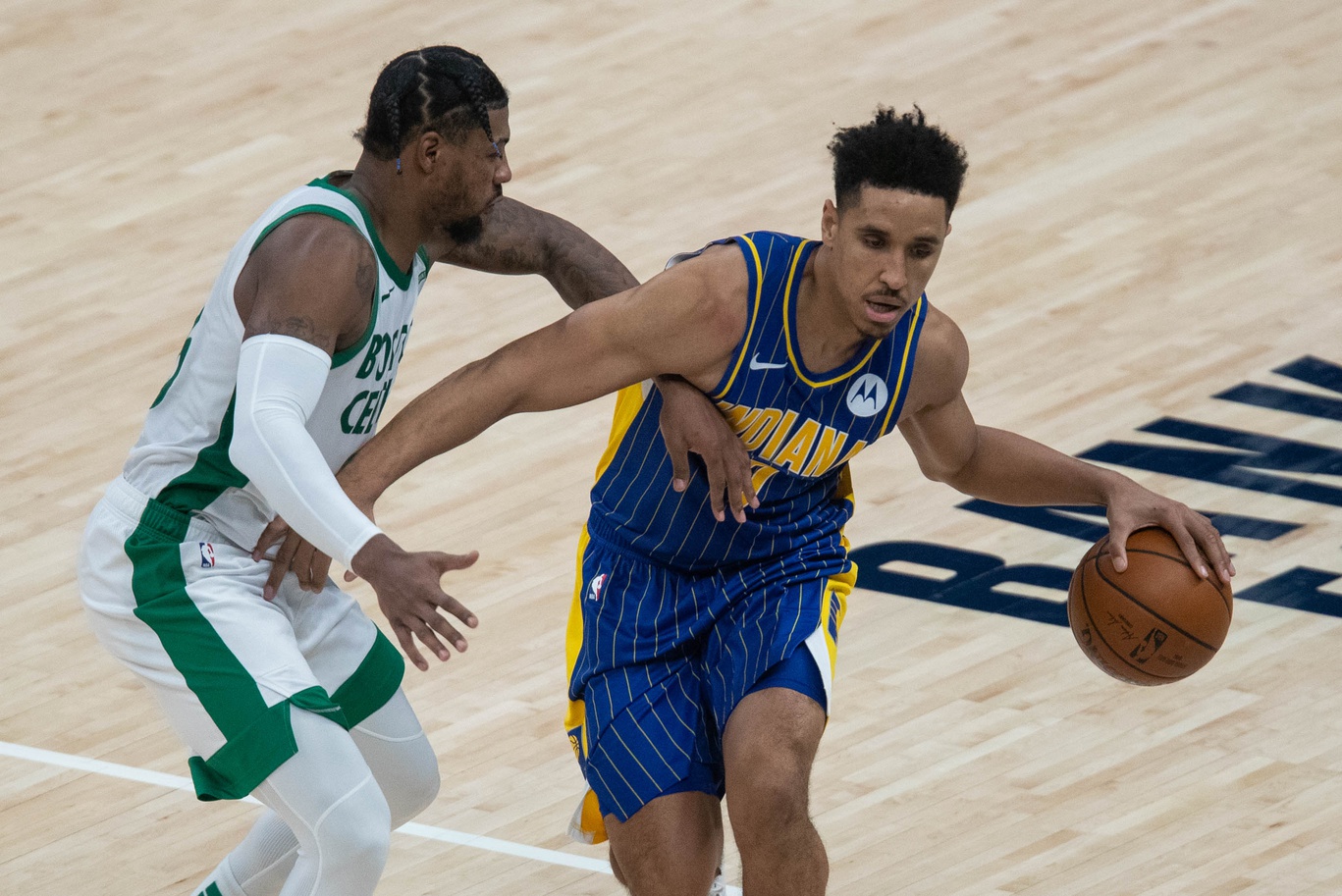 5 rational thoughts after the Celtics' disappointment in Indianapolis

The Celtics definitely lost last night’s game against the Pacers, but not like this:

YO @NBA THE LOSS WASN’T /THAT/ BAD?! pic.twitter.com/iAX06LYAKH

They still haven’t fixed that image as of 11:40 a.m. It’s seriously demoralizing. Feel like I would’ve woke up with a raging hangover if they’d lost by almost 100 points rather than 1. ANYWAY. There’s plenty of real reason for fans to be upset by that narrow defeat. Let’s break it down:

1. Jayson Tatum rolled the dice again on a Hail Mary…but this time the Celtics rode the lightning.

In the final seconds of last Wednesday’s season opener vs. the Bucks, Tatum took a debatable jump shot. He sank what would end up being the game-winner. Last night he did the same, except the shot was arguably more debatable and the result unfavorable. Against Milwaukee, the obstacle was Giannis Antetokounmpo’s height more than anything else.

This time, Tatum had less defensive pressure but simply didn’t need to take a long jumper. He had enough on the clock to make a drive or kick it out to a wide-open, not-well-guarded Jaylen Brown. He went for the highlight-reel moment instead, and the squad went back to the locker room empty-handed. To Tatum’s credit, he didn’t mince words about the mistake (as reported by John Karalis in his triumphant return to Red’s Army):

“That was on me. I should have put more pressure on the defense … Yeah, I take full blame. I didn’t play nearly as well as I needed to, as I’m capable of, and teammates, people expect of me. I gotta take that on the chin.”

Tatum will always indict either himself or the team as a whole before cherry-picking other folks’ f***-ups. In this case the self-criticism is more than warranted … but Tatum’s mistake wasn’t an anomaly that ruined a well-played team game. A lot went wrong to get the Celtics there.

Every Boston player who saw the floor last night (except Daniel Theis) contributed to the grotesque 18 turnovers. Tatum had the most, with 5 spread out over the course of the game (including one really bad one midway through Q4, when the Cs were trying to retake the lead), but absolutely no one’s blameless here. Tristan Thompson, who’s mostly fit right into the Celtics’ schemes, had two in fairly quick succession early in Q1, for example. At other notable moments, Smart had his pocket picked by Malcolm Brogdon, which is understandable, and Tatum got robbed by Aaron Holiday … which makes a lot less sense.

Per the statistical wizards at Cleaning the Glass, the Celtics’ defense right now is the league’s worst: 123.7 points allowed per 100 possessions. You also likely figured this out using those archaic vessels known as “eyes” or “ears” to “watch the game.” Not dissing the analytics folks here; more like pointing out how obvious the Cs’ defensive struggles have been. They were understandable against the juggernaut Bucks, and arguably even more so in the face of the retooled Brooklyn Nets’ flying guillotine attack, but overall:

The Celtics have had a few brutal moments of transition defense this season.

The Pacers are a good team. They have been for several years, under several different coaches, for most of this decade. But they’re not better than the Celtics. The Celtics shouldn’t be in the position of having their pocked picked by the least-skilled Holiday brother or Doug McDermott. Moreover, they shouldn’t be letting an uneven player like McDermott score in double figures at all, or not adjust to the Pacers repeatedly (and successfully) running the same offensive plays.

4. The continued agony/ecstasy of the bench.

It seems Danny Ainge wasn’t joking when he called rookie point man Payton Pritchard “NBA-ready,” because the Oregon kid basically is, at least more so than a fair number of rookies you see. He’s also got a lot to learn in terms of defense and overall coordination:

Payton Pritchard has stepped out of bounds so many times so far this season.

A HABITUAL LINE-STEPPER. But he’s good. (I have a feeling Aaron Nesmith is also kind of good, and he was also picked to be “NBA-ready,” but I don’t know for sure because Brad Stevens won’t play him.)

Grant Williams and Robert Williams also look better this year, although the latter was notably fooled by Domantas Sabonis at a critical moment. (And despite the quality of his stat line in short minutes, Timelord probably should’ve been subbed out in favor of Theis when the defense was getting dicey in Q2/Q3.) The bench is deeper than last year—a veteran like Jeff Teague, even when his shot is off, can still drive and make much-needed plays when the rest of the offense stagnates in a way Brad Wanamaker couldn’t. But reserve play will still be a major issue while Kemba is out.

5. It’s still the first week of the season.

Around the Celtics Twitter dinner table, conversation is lively:

Last week: Wouldn't be surprised if we start 1-2 but that's to be expected.

There is definitely some doomerism going on. Some of it seems earned; almost as much of it feels reactionary. I’m curious whether that will lead to trades—the Aaron Gordon deal we mentioned last week seems ideal in a vacuum. Magic are 3-0 right now and may be feeling themselves too much. but they’ve seen early success turn to stagnation before, so who knows? I remain of a mind that the Cs are out on the Harden sweepstakes, especially given how obvious it is that Brown has taken another leap, yet there isn’t much that surprises me these days.

We’re three games in. There are positive things to enjoy as well as possible danger signs. It’ll be another month and a half, at least, before we can really assess this team’s in-season possibilities.