Boston Celtics' lack of defensive effort is bordering on embarrassing 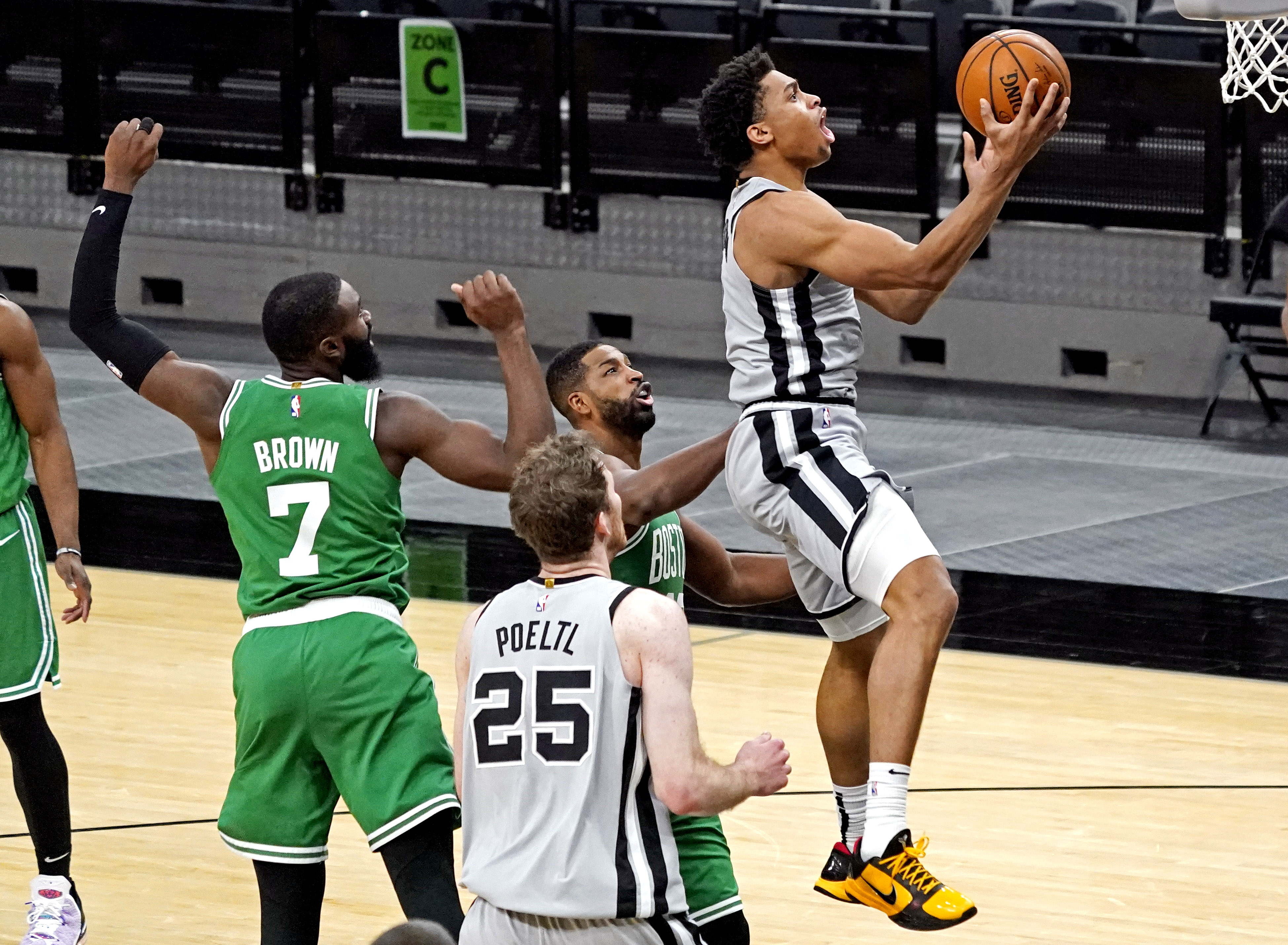 Boston Celtics' lack of defensive effort is bordering on embarrassing

There are a few universally embarrassing things to basketball players.

Being subbed out of garbage time because you gave up a massive lead, having someone else take the guy you’re supposed to be guarding because he is scoring too much, and your coach going zone because the man-to-man defense is generally horrible.

Brad Stevens was forced to do just that in the third quarter of their loss to the San Antonio Spurs. The Boston Celtics essentially put up velvet ropes leading to the rim for the Spurs wings, so Stevens switched to rare extended zone defense to help stop the layup conga line.

It worked, but Marcus Smart was not happy about it.

“Our effort just isn’t there. We’re dying on screens, me included. We’re a step slow. We’re confused,” Smart said after the team’s Saturday morning shoot-around. “We gotta fix it. There’s no way we shouldn’t be able to guard guys man-to-man and we have to go to a zone because we can’t guard. It’s definitely going to be fixed, but it’s going to take us to fix it.”

These platitudes are common for these Celtics. This is a team that certainly needs a lot more time to find its true self, but they also need to live up to their words or else they will just become empty quotes.

Stevens isn’t normally one to challenge his team publicly, but this is his first Celtics team that has been disappointing on defense.

“We were going to zone out of necessity because we couldn’t stop a nosebleed,” Stevens said after the Spurs game. “There’s a lot of things that we have to clean up, but it has to be in your DNA, it has to be part of your makeup.”

The Celtics, theoretically, have a team full of good defenders. Yet, their defensive rating puts them in the middle of the NBA pack. Opponents are shooting 47% against them, the eighth-worse mark in the league. The Celtics are still defending 3-pointers well, but after running opponents off the 3-point line, they’re letting guys either get to the rim (opponents shoot 64.8% within five feet, fourth-worst in the NBA), or they’re fouling (they give up the eighth-most free throw attempts).

“It just seems like everybody’s not on the same page. If there’s three guys one possession, two guys not. If there’s four guys, one is not,” Jayson Tatum said. “Obviously people know what we’re capable of on the defensive end, but we just gotta figure it out. We’ve got more than enough guys that are I guess elite defenders. That’s kind of what we hang our hat on being on the Celtics, is competing and defending, and honestly, we’re just not doing that right now.”

To put it bluntly, defense is a choice. Smart has been a net positive on the floor despite past shooting struggles because he is an elite defender. The league has many players who lack the ability to shoot but they stay on the floor because of their defensive effort. These problems the Celtics are having are self-inflicted.

These guys need more time to figure out how to properly integrate Kemba Walker with the vastly improved Jaylen Brown and Jayson Tatum. There is a lot to figure out when it comes to offensive rotations and flow. That part is widely understood.

What is not understandable is why, amidst this transition and experimentation, players just don’t seem to be trying on defense.

The Celtics are certainly capable. They’re tied for third in the NBA in steals (9.1 per game) so the ability is there.

And that’s what makes this all so frustrating for everyone. This isn’t Sean Marks clearly choosing offense over defense in Brooklyn. Any reasonable observer of this team can see there are very good defenders at many positions on this Celtics team. They can do it, they just choose not to.

That has to change, and quickly. The Los Angeles Lakers are the biggest test of the season for this Celtics team. They come in stinging from two straight losses and they’ll be at full strength for a national TV game.

If the Celtics want to show their true defensive selves, tonight’s the time, otherwise their frustrating effort will devolve into full-blown embarrassment.

“We gotta give a better effort than that,” Smart said. “It’s definitely frustrating, but the good thing about this league is you get to turn around and redeem yourselves. So we’ve got another game tonight coming up against the defending champs, and what better way to do it, to get back on track, than tonight.”