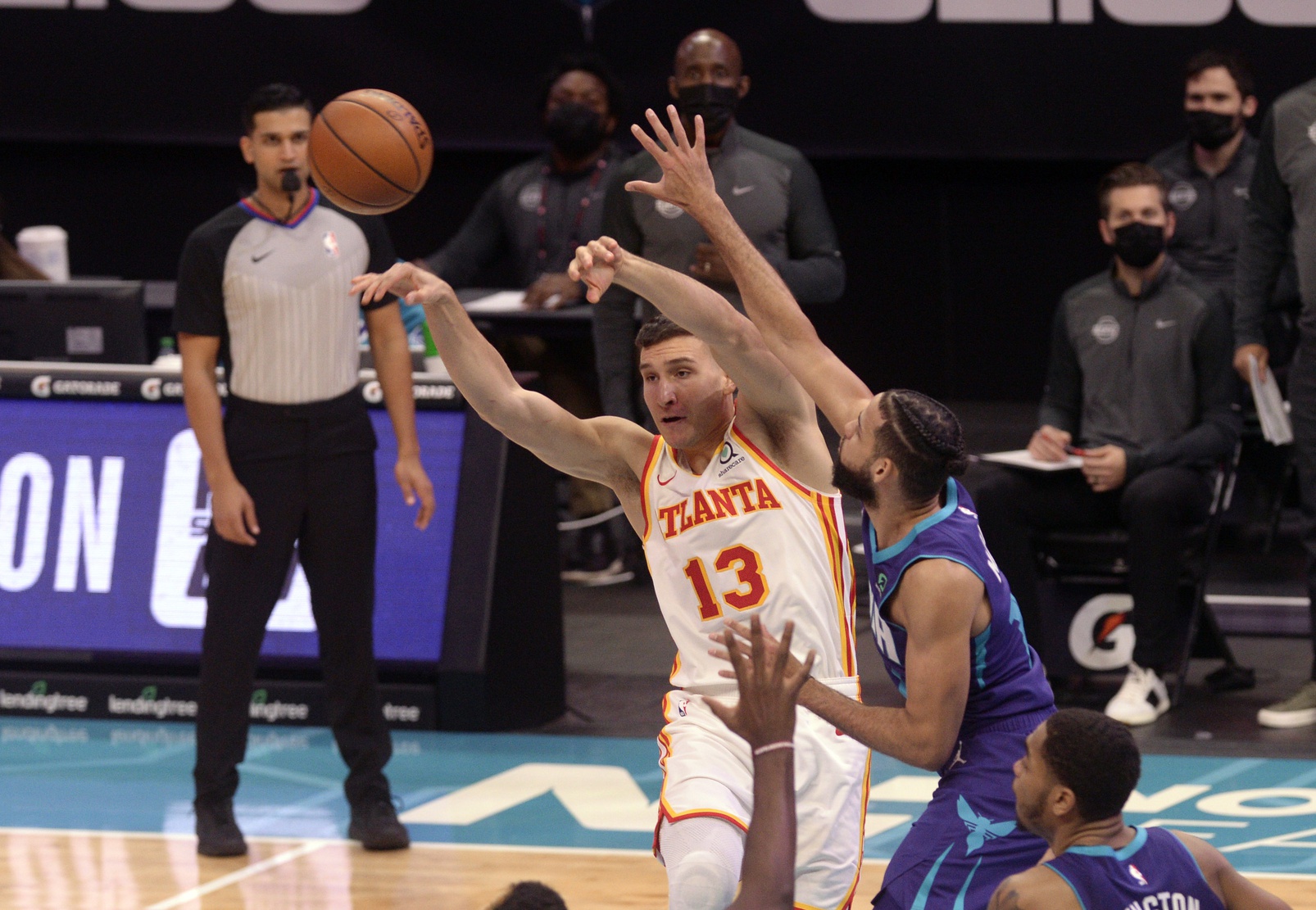 League sources say Atlanta is receiving significant trade interest for John Collins from the Celtics, Kings, Mavericks, Pistons, and Timberwolves. The Hawks want one young player and a first-round draft pick to make a deal, or a package of similar value such as multiple first-round picks. For example, league sources say Atlanta wanted Malik Beasley and a first from Minnesota, but the Wolves declined.

Collins will be a restricted free agent this offseason, so some teams with potential cap space such as Dallas could wait until the offseason to pursue him. But teams like the Celtics would likely need to move now.

Boston’s pursuit of Collins also involves another key Hawks rotation player, according to league sources: Bogdan Bogdanovic, whom the Celtics had some trade discussions about while he was in Sacramento. If the Hawks were to acquire Ball, maybe moving Bogdanovic would make some sense. Both Collins, 23, and Bogdanovic, 28, fit the timeline of All-Stars Jayson Tatum and Jaylen Brown, who are 23 and 24, yet are good enough to compete now.

Bogdanovic signed a 4 year, $72 million contract with the Hawks in November and they’re already looking to move him?

Acquiring both Bogie and John Collins (and resigning him in the offseason) would require the Celtics to ship out several players and multiple 1st round draft picks. It would be a seismic move for Boston at the deadline. The total opposite of what we’ve come to expect from Danny Ainge.

I just don’t think Boston has the young, cheap assets to entice Atlanta. Unless a trade scenario involves a 3rd team who is interested in Marcus Smart or Kemba Walker??

On Page 2, did a team meeting save Boston’s season?

“We don’t want to look back on this season and be like, ‘Damn, we could have did this.’ We still have time,” Marcus Smart said after the win over Orlando “It’s not a lot, the margin for it is closing, but we still have time to fix it and that’s what we are trying to do. We all came together and we all agreed that we want to evolve as a team and continue to learn and make each other better.”

They came together in the aftermath of the loss to the Kings. This Celtics season has seen more rock bottoms than Hulk Hogan at WrestleMania 18, and Friday’s loss was the one that threatened to be the finisher.

“We just kind of sat in the locker room and we just really self-reflected on each other,” Smart said. “We asked each other, like I said, ‘How do we want to end the season? How do we want to be remembered for this season?’ Everybody agreed, this was a bad feeling and an ugly feeling that we are feeling and we don’t want to feel like this.”

My apologies for the silly sub-headline about a team meeting saving the season. We can talk about this being a pivotal moment if, and only if, the Celtics rattle off a winning streak.

Orlando is a lousy team and the Celtics made their shots. That’s about all I’ll take away from Sunday’s win.

Globe: All together now: On Sunday, Celtics had the chemistry to match their camaraderie | Celtics begin busy week with long-range assault on visiting Orlando and other observations