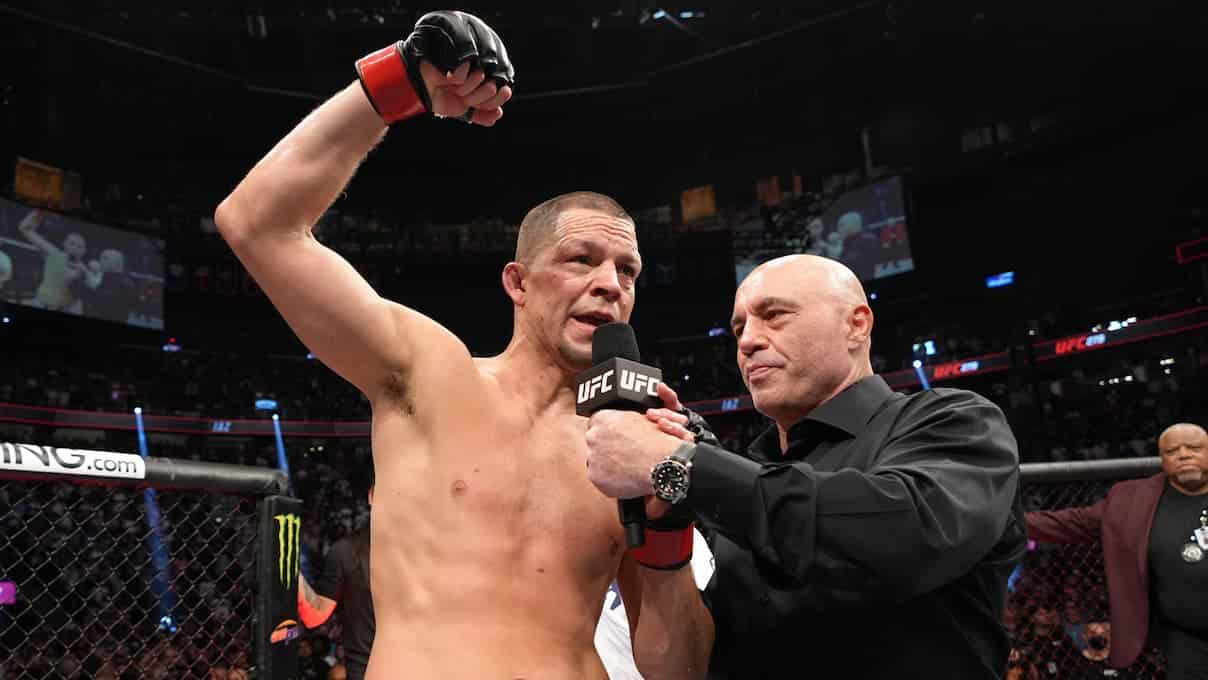 Bellator are ‘in talks’ with Nate Diaz as they look to sign the ex-UFC star, after the promotion’s president Scott Coker said they’re hoping to strike ‘some type of deal’.

“We are in dialogue”

Bellator president Scott Coker says the promotion have “reached out” to Nate Diaz about a potential deal #bbcmma #mma pic.twitter.com/4dJBR8Yx2f

Coker told BBC Sport “Well we are definitely talking to him. We’ve reached out and I know he’s probably talking to everybody. He’s, I think, in a pretty good situation. I know he wants to fight Jake Paul. Jake Paul’s fighting, you know, against Anderson Silva on Showtime pay-per-view, which is our home network, so there’s some synergies here. We’re just hoping that we could have some type of deal to at least have his MMA fights with Bellator. We are in dialogue.”

Diaz, 37, beat Tony Ferguson earlier this month in the final fight of his UFC contract – he’s now a free agent. The win in his last fight brought his fruitful career to a close, where he had 16 wins in his 27 bouts.

He was originally set to fight Khamzat Chimaev, however it didn’t end up happening so Ferguson stepped in, and Diaz defeated him in the fourth round submitting him with a guillotine.

Diaz hinted after the fight that he wanted to fight in different other combat sports.

“I want to get out of the UFC and show all the fighters how to take over and own another sport.,