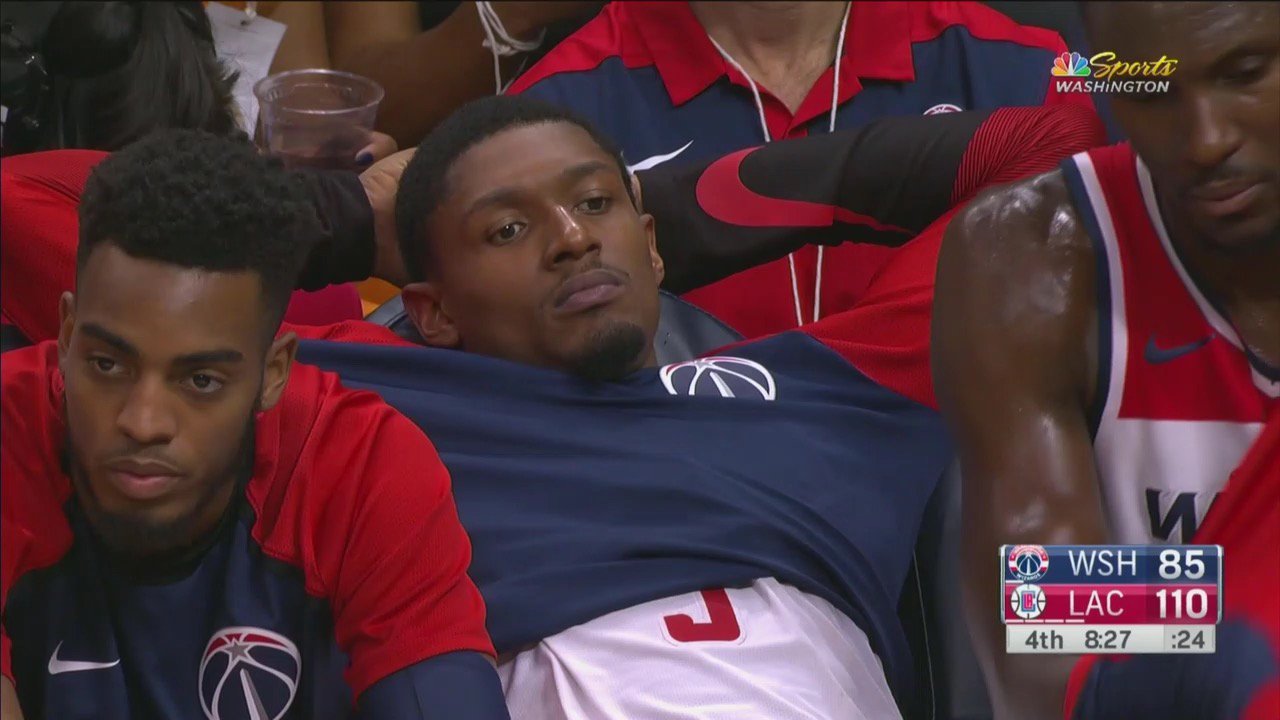 Despite a career season, Washington Wizards shooting guard Bradley Beal was not named as one of 15 All-NBA players announced on Thursday. The All-Star averaged 25.6 points, 5.5 assists, and 5.0 rebounds per game throughout the regular season without missing a single contest.

Walker’s Hornets (39-43) won seven more games than Beal’s Wizards (32-50) this season, which was probably the deciding factor. The former UConn star posted a very similar stat line to Beal this season by averaging 25.6 points, 5.9 assists, and 4.4 rebounds per game also across a full 82 game regular season.

Here is the full roster: 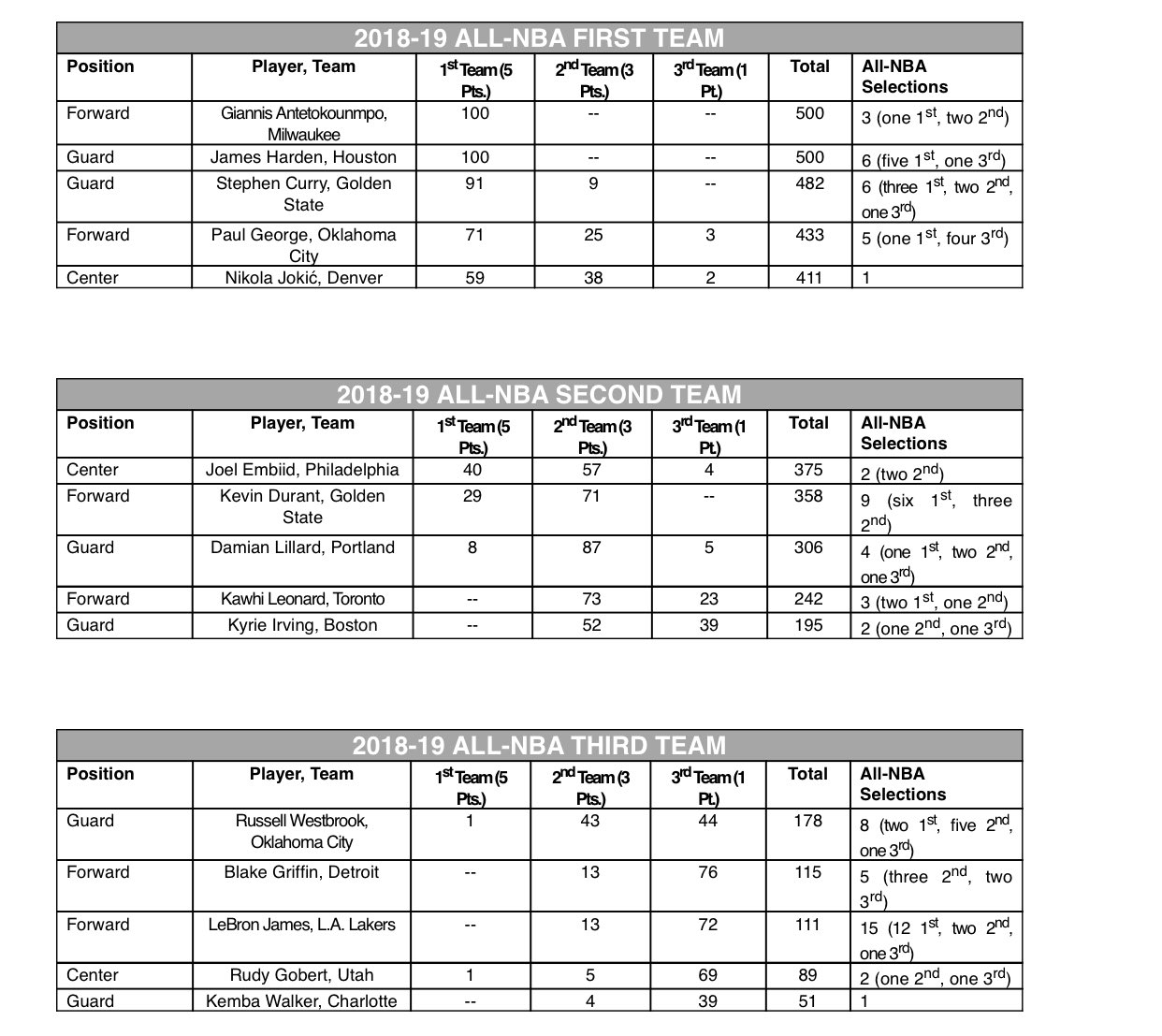 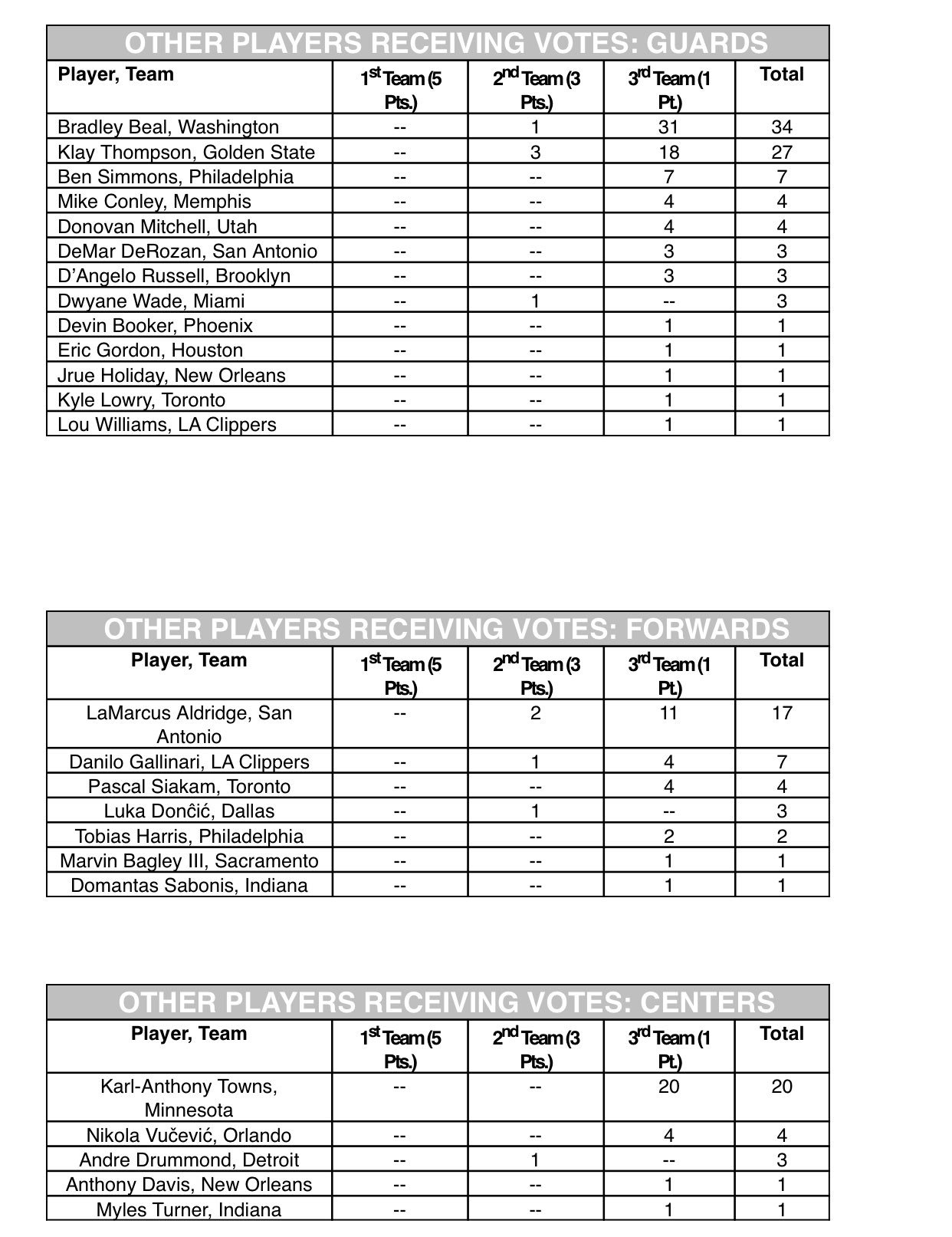 For now, the Wizards will not have to contemplate whether they will have two supermax players on the roster. By not making an All-NBA team this season, Beal will not be eligible to sign a four-year, $193 million extension this summer to keep him under contract until 2024-25. John Wall is already under contract for the next four years at $169 million as his supermax extension kicks in starting the 2019-20 season. He will miss most, if not all, of next season recovering from his left Achilles rupture and no one really knows if he can come back at his previous five-time All-Star level.

Of course, there was no guarantee that Beal would have been willing to sign the extension even if Washington offered, which was also not a sure thing. Despite always saying that he is committed to D.C., Beal also craves success, which the Wizards may not have much of for the near future. Moreover, if Beal makes an All-NBA team next season, he would be eligible for a five-year, $250 million extension that would run until 2025-26. Wall declined betting on himself for the chance at the fifth year. With even more time without Wall one would think Beal could put up even better individual numbers next season.

Although I do not think the Wizards should trade Beal, the next front office head will still have to make that tough decision to maximize the return before Beal’s contract becomes expiring next year. Since there is no official decision that needs to be made by either side rejecting the other, it is not as uncomfortable as it could be, but that may just be kicking the can down the road. Next season you can still have a Paul George, Kawhi Leonard, or Anthony Davis situation. If the next shot caller does talk majority owner Ted Leonsis into trading his franchise star and embracing a full tank, then he better make sure he gets a king’s ransom in return (i.e. three first round talents).

Washington still has a busy offseason ahead of them with their highest draft pick since 2013 (despite not having any public pre-draft workouts yet less than a month before the draft) and signing at least six more players to the roster with just $12.4 million in salary cap space available, but one big question is off their plate for now. Still, the Wizards need to make a decision on who will run the team like yesterday instead of treading water now that Tim Connelly officially declined the role.