Big win, but no big relief for Boston Celtics: 'Still got a lot of grind to do' 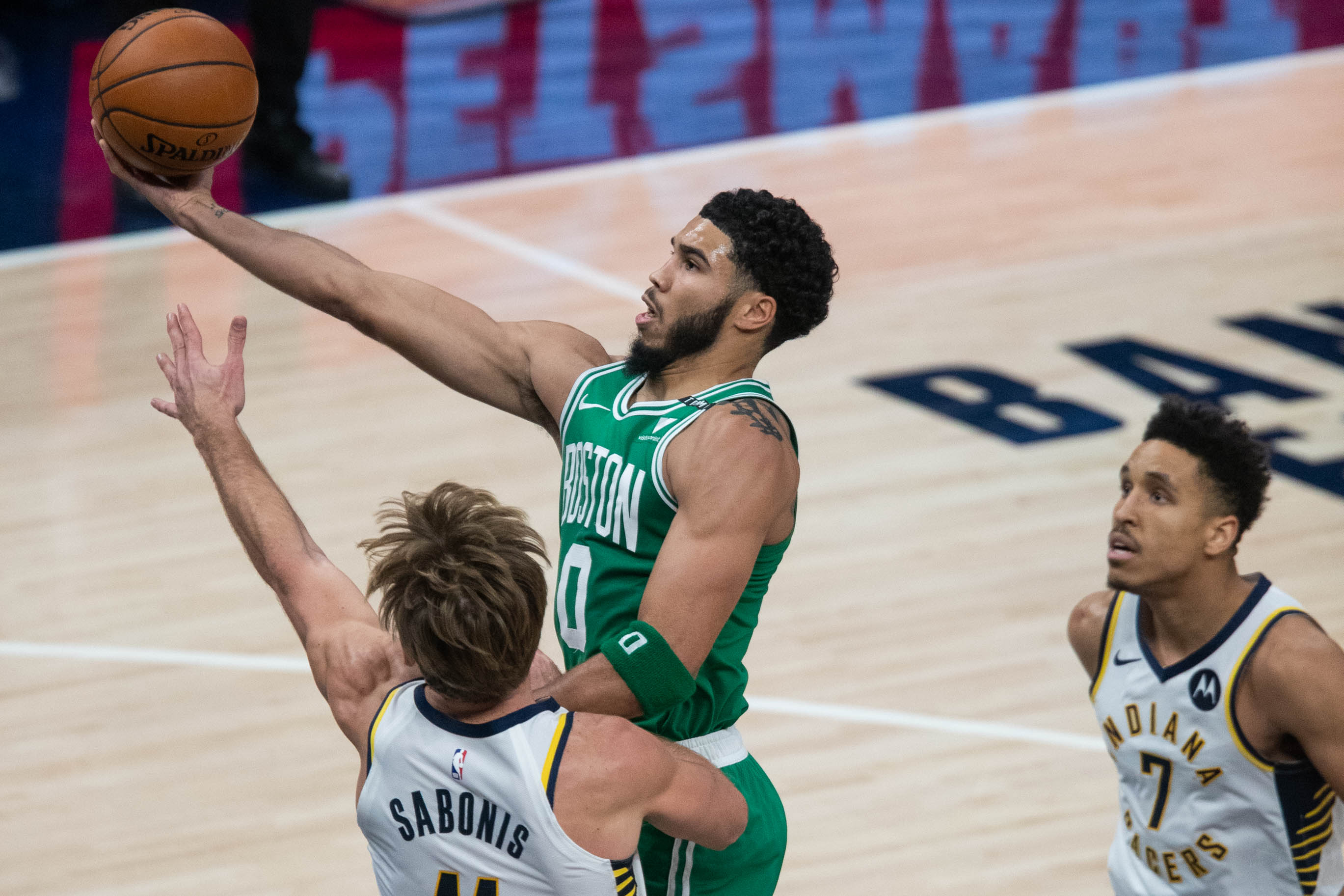 Big win, but no big relief for Boston Celtics: 'Still got a lot of grind to do'

On the surface, the Boston Celtics erasing a 17 point third quarter deficit and coming back to beat the Indiana Pacers is a nice step forward for a team struggling in the early going to find its stride. Not for Jaylen Brown.

“(We’re) still in the same spot, still got a lot of work ahead of us. Still got a lot of grind to do,” Brown said after the game. “Today was a great game to win for us and we feel like we were last game get away from us too. We didn’t want this one to get away. We definitely picked it up on the defensive end, just intensity-wise and we pulled it out. But I say still the same place now. Looking forward to game five.”

The immediacy of a win or a loss might be at the forefront for fans or the media, but the Celtics understand that each game is another step forward in a season-long marathon.

“Every win is hard in the NBA… we’re not where ultimately we want to be. We’re just not,” Brad Stevens said. “We’ve got a long way to go to get as good as we need to be. We’re figuring out some things that we think might work for our team, and will have to experiment along the way. We’re different than we’ve been. And to win this game against a team with that kind of talent that’s that good, after dropping a close one the other day, is a good step, but it’s one step. So we’ll see how we play tomorrow night.”

Still, that one good step was an important one. If the journey of a thousand miles begins with a single step, this is an extra long one.

“We got a lot of guys in this locker room with a lot of fight. Even when you get down and you continue to play and fight, you always can put yourself in a good chance to win, Brown said. “A lot of those guys stepped up big tonight. We played with a little bit of desperation since we were down 17 and didn’t want to go out like that. For us to respond that way was great for this group.”

Of course, no team wants to go down 17 at any point, but those leads don’t mean as much in the NBA anymore. The 3-pointer can change the dynamic of the game quickly and a few defensive stops can lead to quick runs. Instead of relying on hero ball from their stars, the Celtics rode rookie Payton Pritchard when he was rolling and played some defense.

“There was still a lot of game left but we knew what we had to do,” Jayson Tatum said. “We had to pick up the intensity. We had to get some stops and just play together, and that’s what we did. We got a little run going and just kept going.”

From the outside, anything less than a complete, wire-to-wire win can draw criticism. The Celtics had another bad third quarter, which is something they need to figure out. But instead of waiting until the last minutes to make a desperate run, they started the turnaround sooner, and behind players other than the team’s stars.

“I felt like we did a pretty good job and did enough to win,” Brown said. “We have a lot of room to grow so we want to continue to build on it and look forward to being great on a back-to-back going against Memphis. I’m excited. That was a good win for us, it was our first road win. I’m looking forward to the next one.”