Your Morning Dump... Where Pritchard's play (and nickname) is getting a lot of attention 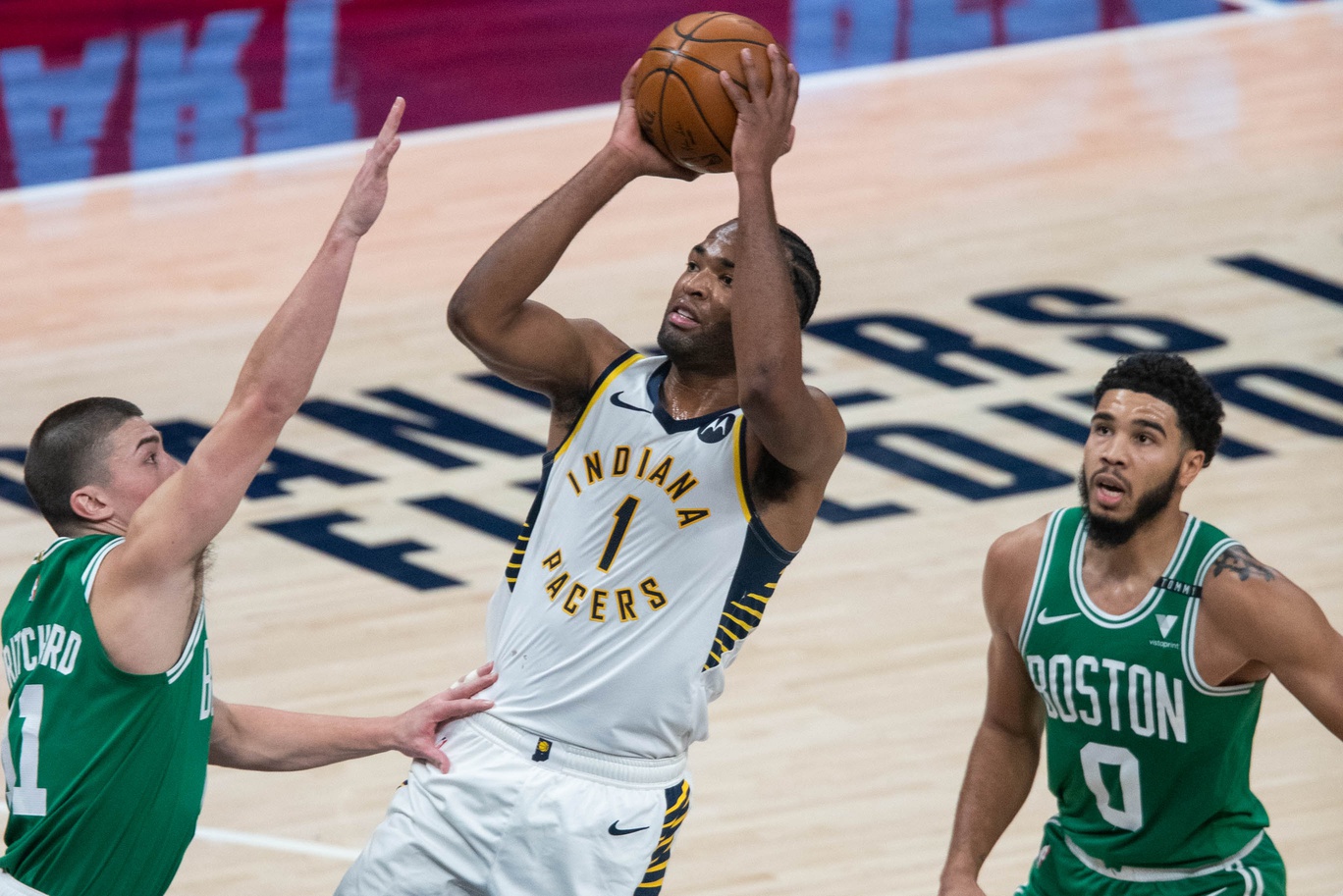 This is the only photo of FastPP from last night

Your Morning Dump... Where Pritchard's play (and nickname) is getting a lot of attention

“We had him running all kinds of pick-and-rolls in the second and the start of the fourth,” Brad Stevens said after the 116-111 win. “He’s poised off that stuff, he makes the right play, he’s deceptive so he can get in and use his body to finish as we saw on a couple of occasions. He’s a guy that knows how to play.”

The Celtics can look minuscule when he’s on the floor, especially when someone like Myles Turner smells a mismatch and tries to exploit it in the post. But Pritchard never let his mistakes or deficiencies slow him down, like when he poked the ball away from Victor Oladipo after turning the ball over mid-way through the fourth quarter. He turned that play into an assist on a Marcus Smart 3-pointer.

“Payton is the GOAT, man. Payton came in there with the confidence,” Jaylen Brown said. “(We) definitely needed a spark coming off the bench and Payton was everything and more for us tonight. We’re gonna need more guys to continue to step up. Excellent guy. Excellent job from Payton Pritchard, man. Kid can play and we’re looking forward to him and other guys stepping up as well in the future.”

Pritchard kinda has a split personality on the court. Defensively, he’s a relentless pest. He also has that “agitator” gene that Red Auerbach loved. Offensively, he’s poised and possesses the stones to take big shots. He also has the respect of the officials. The kid’s been in the league a hot minute and already gets a better whistle than Daniel Theis!

He’s a reminder that four years of college experience has value. Aaron Nesmith’s lack of playing time is another. (Did the Celtics draft Nesmith knowing he’d be unplayable to start the season?)

As for the nicknames, Celtics fans jumped on the FastPP nickname (which apparently was Pritchard’s Twitter handle prior to draft night and relates to a family-owned AAU program in Portland). Jaylen is just messing around with GOAT, but Jayson Tatum has another suggestion:

On Page 2, a glimpse of the Celtics’ real defense.

In the two third quarters of this two-game set in Indiana, the Pacers shot 63.6 percent and scored 76 points. Tatum, the reigning All-Star, totaled 6 points in that span. He responded Tuesday with 14 in the fourth quarter, but he was more impressive with his sterling effort on defense, something that has not always been the case this season.

The Celtics forced seven Indiana turnovers and Pritchard helped them get into the foul bonus with 6:28 left by drawing three fouls in the period. He sparked the Celtics with his dribble penetration and setting up teammates, while Tatum and Brown attacked the rim in key possessions down the stretch to draw free throws.

Ahhh… Watching the Celtics defend and attack the rim last night felt like the scratch to a difficult to reach itch.

Tatum is so good in the paint. His bag of moves is deep. More of this, please!

Red’s Army: Big win, but no big relief for Boston

BSJ: He knows how to play