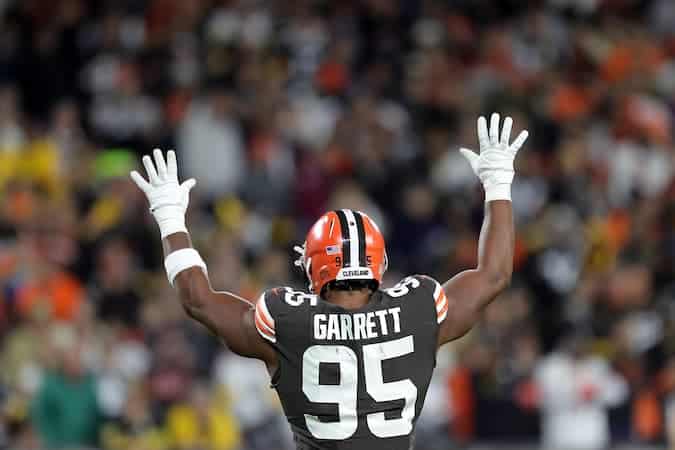 Cleveland Browns star defensive end Myles Garrett was involved in a single-car crash on Monday after leaving the team’s practice facility in Berea, Ohio. He had to be transported to a local hospital.

The accident happened after Garrett was driving he and a passenger away from the Browns’ practice facility. Garrett flipped his Porsche, and luckily came away with no life threatening injuries.

Garrett’s agent, Nicole Lynn, said in a statement posted on Twitter that the star has been alert and responsive while receiving medical attention. She said, “we are waiting to learnt he extent of his injuries”. The Browns have not yet provided any details themselves about Garrett’s injuries or condition.

Garret and his team-mates returned to practice on Monday following a long weekend in which they beat the Pittsburgh Steelers on Thursday Night Football winning 29-17.

The 26-year-old All-Pro DE has been one of the NFL’s most dominant players since being selected first overall by the Browns in the 2017 NFL Draft. He set a team single-season record with 16 sacks last season and has also recorded 61.5 sacks in 71 games, needing just one more to become the team’s all-time leader.

The Browns will hope he can make a quick and unproblematic recovery following the accident as he is one of their most important players.