The Columbus Blue Jackets continue to breeze through the summer along the path to the 2016-17 NHL season, making smart additions and getting healthier by the day.

Word out of Columbus remains positive, which is nothing but a good thing for bettors who want to play futures NHL odds at a site like norske-casino.eu.

Here’s a look at a few of the positive notes surrounding the franchise bettors will want to know about.

Jack Johnson finally seems on the way back.

Johnson, the critical defenseman for the Blue Jackets, missed 20 games last year and put a hamper on the squad. He’s back and healthy, though, and ready to suit up for Team USA in the World Cup of Hockey. Provided he gets in form during the competition, he’ll provide a major boon for the Blue Jackets next year.

Sam Gagner looks like a great second- or third-line player for the Blue Jackets. Recently signed, Gagner’s production fell off the proverbial cliff last year when he scored all of 16 points over 53 games with Philadelphia. With Columbus, Gagner has an opportunity to turn his career around in a hurry while helping the Blue Jackets perhaps contend for the postseason. The signing happened a little late in the summer, but absolutely shouldn’t go unnoticed.

Zach Werenski isn’t a household name just yet, but he could turn into one in a hurry if he makes the squad this year. Columbus GM Jarmo Kekalainen makes it sound like he will, which is nothing but a good thing for the Blue Jackets. Another quality defenseman ready to suit up and contribute in the rotation would provide a much-needed boost for the Blue Jackets in an area of need. 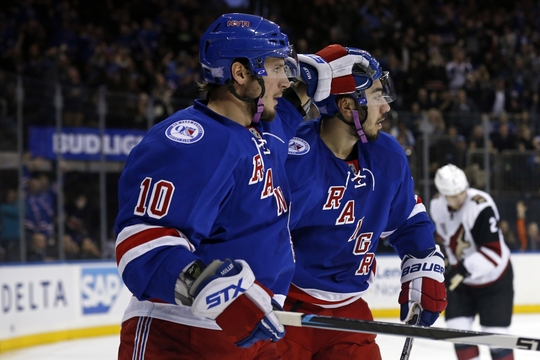 NHL 2016 is about to start and fans on the eastern coast are waiting anxiously for it to start. The sponsors, merchandise sellers and broadcasters...