If coach Ken Hitchcock has his way, the St. Louis Blues will go on next season to win about 80 games like last year and compete for the playoffs.

Bettors would be wise to hope for the same thing, as sites such as oddsdigger have some very strong payouts surrounding the team.

And why not? The Blues return plenty of talent and the latest news out of came has been nothing but good.

The Blues sure wouldn’t mind if Vladimir Sobotka re-upped with the team.

Sobotka spent some time in KHL, but the latest indications are he’ll make his way back to the Blues. He hasn’t played for the team since 2013, where he appeared in 61 games and scored 33 points. A strong center, the Blues have to hope the reports are true because his return would add some much-needed depth at the position.

In a rather surprising turn of events, T.J. Galiardi will attend camp with the Blues.

The 28-year-old winger was last seen in the NHL in 2014 with the Winnipeg Jets, where he played 38 games and scored a single point. The former second-round pick has recently spent time in Sweden, but if he’s fancying an NHL comeback, the Blues surely wouldn’t mind giving him a chance. There’s no such thing as too many quality wingers on a roster.

Latest news on this site

Hitchcock has some interesting ideas about how to run the team next season.

If he has his way, Vladimir Tarasenko will pair with Alex Steen and Paul Stastny to take the ice at once. It’s a great dream for a coach to have because all mentioned are strong offensive players who could form a rather formidable front. Last year, Tarasenko mustered 80 games and scored a strong 74 points. The only thing stopping this trio is health, so keep an eye on whether all three can make it out of the preseason in one piece. 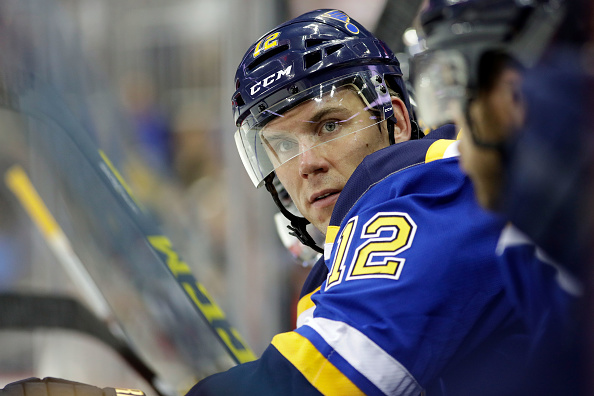 Optimism surrounds the St. Louis Blues going into the seaosn after an 82-win campaign and a loss in the conference finals to the San Jose...