Ice hockey has the perfect amount of scoring. Not so much that the occasion is diluted, yet not so little that you are left bored watching. So while goals are always exciting, things are taken to another level when the scoring is part of an epic comeback.

And when the team doing the comeback is your team, or a team that you placed a wager on one of the many online sportsbooks, it’s destined to be a game you’ll remember forever.

Below, in chronological order, are five of our best ice hockey comebacks of all-time.

The Oilers were the heavy favorites in their 1982 first-round playoff matchup with the Los Angeles Kings. And understandably so, as they had the best record of any team in the Clarence Campbell Conference and league-leading scorer Wayne Gretzky on their side. The series looked like easy money, especially when the Oilers were up 5-0 after two periods in Game 3.

Even the presence of The Great One wasn’t enough to ward off the greatest NHL (Source: Photobucket.com/SpyBoy1)

But this game is remembered as the Miracle on Manchester for a reason. Edmonton didn’t seem particularly alarmed when the scoreline read 5-2 inside six minutes to play. But the LA Forum erupted when a Steve Bozek goal tied the game with five seconds remaining. After Edmonton missed a wide-open chance in OT, Gretzky’s future team ended his season and capped the largest comeback in NHL history when Daryl Evans scored off of a face off in the Oilers’ zone.

Miami University (in Ohio, not Florida) had developed a well-respected program in the decade leading up to their run to the 2009 NCAA National Championship Game. Their opponent was perennial power Boston University, making their 21st appearance in the Frozen Four (compared to Miami’s first).

Despite not having as much history as the Terriers, it looked like 2009 was going to have a fairy tale ending for the underdog Redhawks who were enjoying a 3-1 lead heading into the final minutes of the game. But instead of celebrating their first national championship in any team sport ever, Miami students had to postpone their celebrations after BU scored twice in the final minute. Their moment never came, as Boston scored a National Title-winning goal off a deflection just five minutes into the extra period.

Given the competition’s high regard there and that they’ve won more golds and hosted the tournament more times than any other nation, it’s said that World Juniors is Canada’s tournament. And it’s those facts make what happened in the 2011 WJHC Final that much more crushing for Canadian fans.

Up 3-0 against Russia at the end of the second period, a sixth Juniors gold medal in seven years for Canada looked like a certainty. But 20 minutes was more than enough time for the Russians, who cut the lead to one in a span of just 13 seconds at the beginning of the period. A goal from now-St. Louis Blue Vladimir Tarasenko served as the equalizer before Russia would add two more in the biggest comeback in WJHC history.

Playing in their first playoff series in almost a decade, the Toronto Maple Leafs came back from a 3-1 series deficit against Boston to force a Game 7 that could seal a comeback series win that Leafs fans would remember the rest of their lives.

And remember it they do, but not for reasons they would have hoped. Up 4-1 with less than 15 minutes to play, Toronto fans were ready to celebrate their first playoff series win in nine years. But slowly Boston chipped away at the lead, scoring two empty netters in the final 1:22 to tie the game. A Todd Marchand overtime goal then broke the hearts of Torontonians everywhere, also marking the first NHL Playoffs Game 7 in which a team came back to win after being down three goals.

The Sharks made it to the 2016 Stanley Cup Finals, exorcising a number of demons along the way that seemingly haunted them every time they made it to the playoffs. One of those was born in 2014, when San Jose dominated the first two games of their first round series against Los Angeles, then squeaked out an overtime win in the third to take a commanding 3-0 series lead.

But a six-goal flurry allowed the Kings to win Game 4 and a 30-save shutout from Jonathan Quick in Game 5 cut the series lead to 3-2. Things still looked grim for LA, as only three times in NHL history had a team won a playoff series after being down 3-0. But a controversial Kings goal in Game 6 ultimately allowed LA to equal the series and force Sharks fans to realistically ponder the prospect of surrendering this seemingly-foregone series to their California rivals. That prospect became reality in Game 7, which LA won 5-1, completing the historical series comeback and allowing them to eventually become the 2014 Stanley Cup Champions. 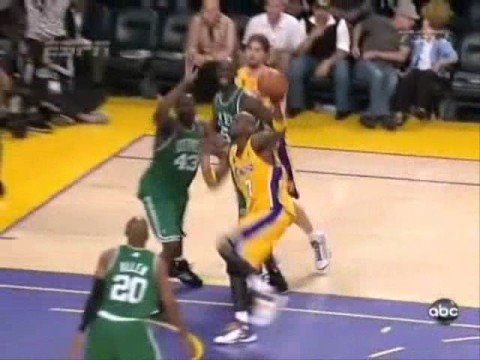 Any Philadelphia Eagles fan can attest to the NFC East’s toughness and unpredictability year in and year out. Every organization seemingly has a shot at...