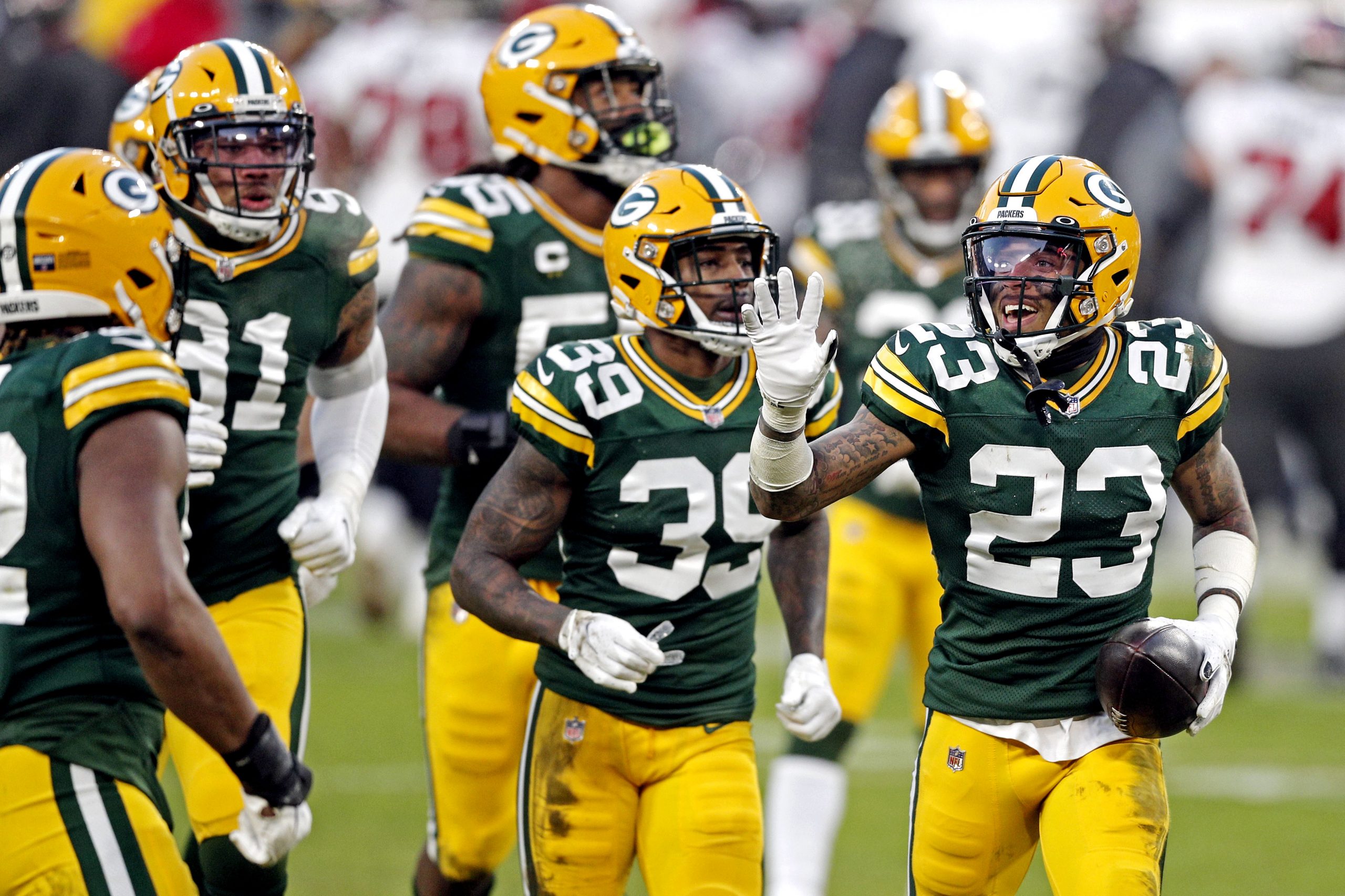 The Packers defense is at a crossroads as they enter 2021. Former defensive coordinator Mike Pettine is gone after the team’s poor performance in the NFC Championship Game.

The defense did improve late in the season, especially during the team’s six-game winning streak to close out the campaign. They finished ninth in yards allowed and 13th in the NFL in points allowed.

New defensive coordinator Joe Barry promises to bring in a similar defense to what the Rams were running last season. It features mostly zone coverages with a “star” DB to play man coverage on many occasions or to play in the slot. The mixture of different zone coverages is designed to confuse opposing quarterbacks.

Here is a look at the five biggest questions facing the Packers defense as we head into the next round of OTAs:

This is a question Packers fans have been asking for several seasons. Pettine openly admitted the team would sacrifice run defense to better prevent big gains through the air. Can Barry get his defense to do better?

In 2020, the Packers were 13th in rushing yards allowed per game, which puts them in the top half of the league, but they still allowed a disappointing 4.5-yards per rush which placed them 21st in the league. The team’s best run defense was often to score first and get a lead that forced opposing offenses to throw the football a lot when trying to play catch up.

Barry’s approach to the defense is expected to be different than Pettine’s and we’ll see how the defense responds. Again, if the offense remains potent, even a slight improvement in the run defense could be a big help to the Packers bottom line in the coming season.

The Rams defense featured a “star” DB who lined up in the slot and played a key role in the defense. He sometimes covered the opposition’s top receiver in man coverage, sometimes covered the slot receiver and even blitzed the quarterback on occasion. That position was held down by Pro Bowler Jalen Ramsey in Los Angeles, but it remains to be seen who will play it in Green Bay.

The most obvious candidate may be Jaire Alexander who is by far the Packers top cover corner and is also one of the better cover corners in the league. If Jaire is ready to assume this role and its responsibilities, he may be the most logical candidate.

Other possibilities include 2020 nickel back Chandon Sullivan and first-round pick Eric Stokes. Sullivan would need to take a step forward after an up and down 2020 while Stokes would have to show he can pick up the defense quickly to play the position. Another candidate could be safety Darnell Savage who has down the ability to play near the line of scrimmage and play in coverage.

Getting the right player at the star position is an important part of Barry’s defensive scheme and the Packers will have to find the right candidate.

Inside linebacker remains a question mark for the defense. It’s an area that the team has not emphasized in recent years and it shows on the roster with its lack of depth.

Second-year men Kamal Martin and Krys Barnes are the projected starters entering OTAs. Both showed promise in their rookie years but both also made their share of mistakes due to inexperience. They also both need to stay healthy and show progress in 2021.

The backups as of now are Ty Summers and Oren Burks, both of whom have played extensively on special teams but have yet to show they are good enough to earn extensive playing time on defense.

Rookie sixth-round pick Isaiah McDuffie may also figure in the mix for a roster spot and for a backup job, but there is little proven talent on the depth chart here behind the two projected starters.

The Packers have mentioned the possibility of adding a veteran free agent at ILB but that likely won’t happen until the Aaron Rodgers fiasco is sorted out if it happens at all.

The defensive line is also a question mark entering OTAs this year. Kenny Clark is the undisputed number one at the position while the returning starters include Kingsley Keke and Dean Lowry.

The Packers are hoping Keke takes a noticeable step forward in his third NFL season. He was doing well early last year before a concussion slowed him down later in the year. Keke has showed flashes of pass rush ability but needs to get more consistent.

The Packers need a bit more from this unit in 2021 and are betting that Slaton adds something to the line along with Keke being healthy and Clark staying healthy and returning to his 2019 form.

Stokes has elite speed and good size but the question is how quickly will he make the adjustment to the NFL and pick up the defensive playbook?

The Packers are hoping Stokes will eventually surpass Kevin King as the CB2 but it is unclear whether that happens this season. Will Stokes be the “star” DB? The nickel back? Play in dime packages?

How much and how soon the rookie first-round pick out of Georgia contributes will be a factor in how much the defense improves this season.