The TV ratings for NFL Thanksgiving are in and early indications are that the league performed very well on the national holiday.

The day started off with the Detroit Lions hosting the Buffalo Bills. The early Thanksgiving day game between the Lions and Bills was viewed by over 31.6 million people, becoming the most-watched early Thanksgiving game ever on any network.

The Thanksgiving games bring in over 30 million viewers on average. However, America’s Game of the Week between the Dallas Cowboys and the New York Giants brought in over 42 million viewers, making it the most-watched NFL regular season game ever

The previous regular-season record was 41.55 million viewers, which was set in a 1990 matchup between the San Francisco 49ers and New York Giants.

According to Fox, there were about 42 million fans that came together to watch the Cowboys 28-20 victory over the Giants on Thursday afternoon, breaking the record for most-watched regular season game in NFL history.

Last year, the Cowboys’ Thanksgiving Day game was the most-watched regular season game of 2021 with 40.802 million viewers, according to the NFL’s Record Fact Book.

This year’s Thanksgiving Day schedule drove in the most average viewers ever, a sign that the league continues to drive interest and growth. The three Thanksgiving Day games on Thursday brought an average of 33.5 million viewers passing the previous mark of 32.9 million in 1993.

Even the prime time game at night drove in a crazy number of viewers. The New England Patriots and Minnesota Vikings game had 25.9 million views making it the second-highest viewership for a Thanksgiving night-time game of all-time.

The only game with more viewers in a prime-time spot belonged to the 2015 divisional game between the Chicago Bears and Green Bay Packers, which drew 27.8 million viewers. 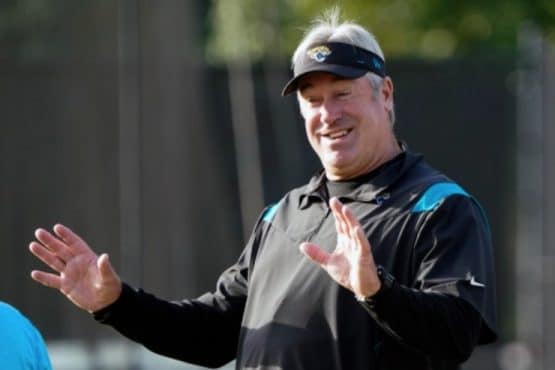