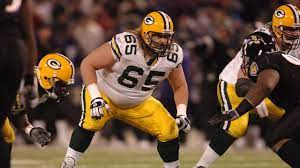 The Green Bay Packers and University of Wisconsin have been football cornerstones for sports fans/ in America’s Dairyland for more than a century. Both teams have had their share of success and memorable moments.

But only a small number of players have played football for both the Badgers and the Packers. This year, Green Bay drafted offensive lineman Cole Van Lanen in the sixth round of this year’s draft. If he makes the team this year, he could become the latest member of that club.

The other player on the Packers current training camp roster who played at Wisconsin is offensive lineman Jon Dietzen.

Here is a look at the five former Badgers who had the best careers with the Packers. Players are ranked based on their play with the Packers with longevity, individual success and the players’ contributions to team success all taken into consideration.

The Packers selected Wright in the sixth round of the 1984 NFL Draft. He started a total of 32 games for the Packers during his five years with the team including all 16 games during the 1986 season.

In 1987 and 1988, Wright split the starting duties with Don Majkowski before Majik took over as the full-time starter in 1989 and Wright was let go.

Wright’s most memorable game came on Thanksgiving Day of 1986 when he completed 18-of-26 passes for 286 yards and three touchdowns in the Packers last minute 44-40 win over the Lions in a nationally televised game.

Stills was a hard-hitting free safety who spent five years with the Packers in the mid-to-late 80s, the last four of them as a starter.

Stills picked off seven passes as a Packer and recovered four fumbles including three during the 1988 season.

His biggest moment came in the season finale in 1986 when he intercepted Giants quarterback Phil Simms and returned it 58 yards for his only career NFL touchdown.

Jankowski spent five seasons with the Packers and was a part of the team’s championship-winning team in 1939.

In the NFL Championship Game that year, Jankowski scored the final touchdown in the Packers 27-0 thumping of the Giants.

He was also named to the Pro Bowl that season after playing both offense and defense for the Packers.

Jankowski served in the Navy during World War II which cut his NFL career short. He was inducted into the Packers Hall of Fame in 1984.

Bowman was a tough, smart and gritty center who started for three straight championship teams for Vince Lombardi from 1965-1967. He started in each of the first two Super Bowls and played in the 1963 Rose Bowl for Wisconsin.

Bowman teamed with Jerry Kramer to make the most famous block in NFL history. The duo double teamed Cowboys defensive tackle Jethro Pugh on the final play of the Ice Bowl to lead Bart Starr into the end zone for the winning touchdown in the closing seconds. The win gave the Packers their third straight NFL title.

He also played in Super Bowl I with a painful separated shoulder and still managed to block Chiefs defensive lineman Buck Buchanan who was 6’7” and outweighed Bowman by 35 pounds.

After he retired, Bowman practiced law. He was inducted into the Packers Hall of Fame in 1981.

Mark Tauscher was almost an afterthought when the Packers selected him in the seventh round of the 2000 NFL Draft but the former Badgers star started as a rookie after Earl Dotson was injured and played 11 seasons with the Packers.

Tauscher was the established starter when he was healthy. He provided the team with consistently strong play at right tackle. He was a solid run blocker and did a good job of protecting both Brett Favre and Aaron Rodgers.

His final season with the team was 2010. He suffered a shoulder injury in Week 4 and missed the rest of the team’s Super Bowl season.

Today, Tauscher is the co-host of the Wilde & Tausch radio show. He was inducted into the Packers Hall of Fame in 2018.