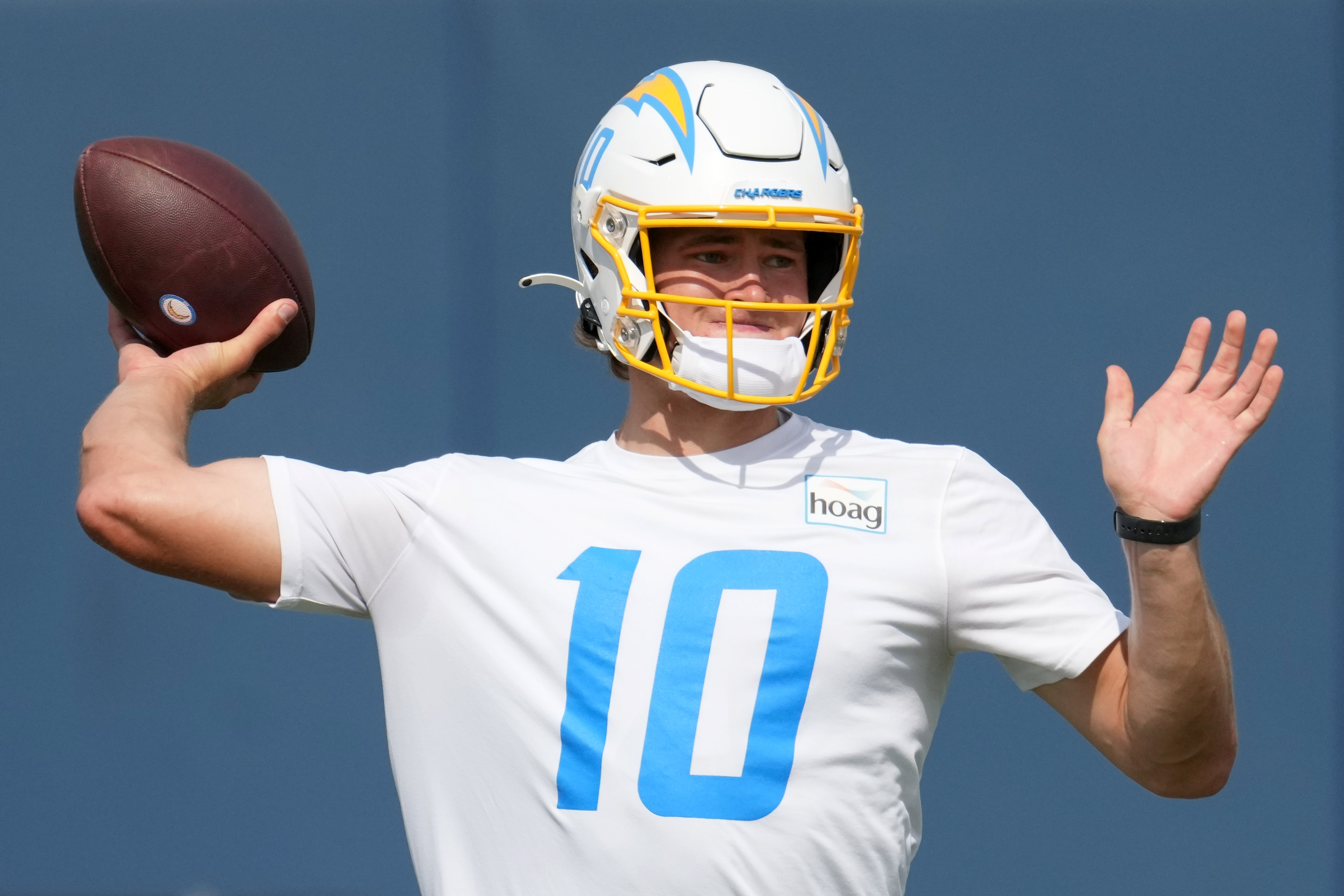 The Chargers struck gold with Justin Herbert, as he turned in one of the best rookie campaigns we’ve ever seen from a quarterback at the NFL level.

Herbert played behind a subpar offensive line, with a patchwork receiving corps that struggled to stay healthy, and yet, he put his team in position to win nearly every game.

The problem was that the team was coached by Anthony Lynn, and his game management-related decisions were puzzling, to say the least. Had a competent head honcho been at the helm, the Chargers may have been in the hunt for a playoff berth. Nearly all their losses were by one score or less.

Herbert is now entering his second season in the league, and he’ll be faced with avoiding the “sophomore slump” many others before him had happen. It does appear he’ll be the focal point of the offense, though, as new head coach Brandon Staley plans to have it “run through” the young signal-caller.

“I think that ultimately, those are the most dangerous quarterbacks you defend, where the quarterback becomes the system,” Staley said, via Pro Football Talk. “Studying the great players that have played that position and guys I’ve looked up to from a coaching standpoint like Jimmy Johnson, Bill Belichick, Pete Carroll, Mike Tomlin, Jim Harbaugh. Bill Parcells is a guy that since I was a little kid I’ve always admired, their quarterbacks have all played really, really well.”

He’s the best player on the offensive side of the ball, so this makes perfect sense.