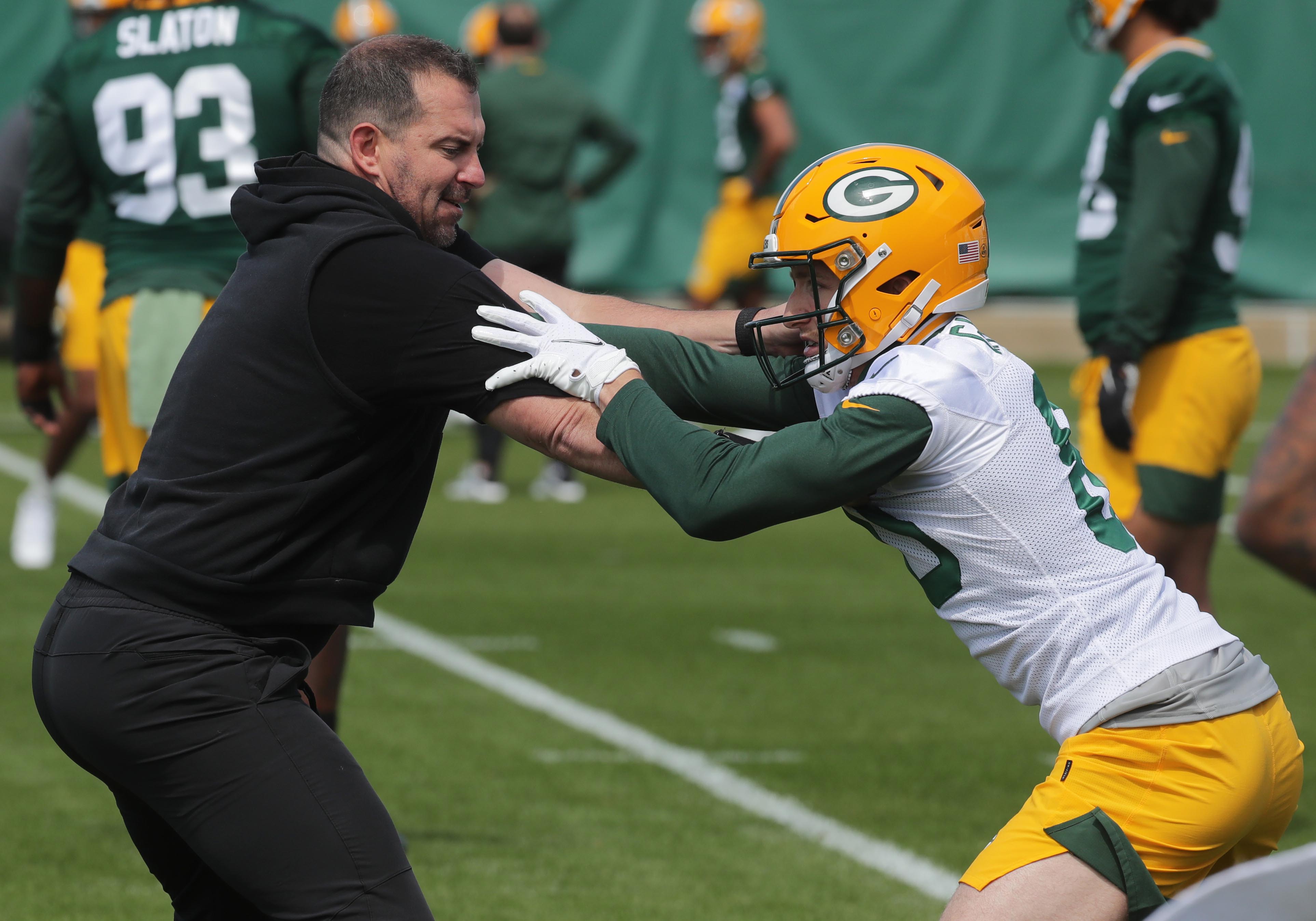 The Green Bay Packers selected nine players in last month’s NFL draft. While most of them are likely to make the team, not all of them will see significant playing time as rookies.

There are several factors to consider when determining playing time. Obviously, higher draft picks are more likely to see the field sooner than later picks. The depth at each position, how quickly the rookies pick up the playbook and injuries will also all play a part.

Here is an early look at the five Packers draft picks who are likely to see the most playing time as rookies:

The Packers selected Newman in the fourth round of this year’s draft. The Mississippi product played tackle in college but is expected to play inside at guard in the NFL.

Newman will almost certainly see action on special teams, but how much playing time he’ll get on offense will depend on several factors. One is how quickly he can make the transition inside to guard.

Another is the health of starting left tackle David Bakhtiari. If Bakhtiari isn’t ready to start the regular season because he is still rehabbing his knee injury, Elgton Jenkins may move out to tackle to start the season. If that happens, there will be an opening at guard and Newman would be one of several players battling for playing time including Lucas Patrick, Jon Runyan, Jr. Cole Van Lanen and Simon Stepaniak.

Slaton is a fifth-round pick out of Florida. His path to playing time may be easier than many others in this year’s rookie class because of the Packers lack of talent and depth along the defensive line. The most likely spot for Slaton is part of the defensive line rotation where he will play several series per game.

Kenny Clark, Kingsley Keke and Dean Lowry are likely the starters along the line with Tyler Lancaster also ahead of Slaton on the depth chart entering training camp. A strong camp from Slaton would certainly increase his playing time early in the season as would injuries or poor play from any of the players ahead of him.

Stokes is the Packers first-round pick. His blazing speed and good size made the Packers select him 29th overall and he is expected to start the season as the Packers nickel or dime corner.

The Packers are projecting him to eventually beat out Kevin King for the CB2 spot, although it’s not clear whether this will happen this season. King’s injury history certainly indicates that Stokes will get some chances to play at some point in 2021.

Stokes admits he needs to work on his technique a bit and to not rely exclusively on his raw athletic ability. He seems eager to put in the work necessary to make that happen.

Expect Stokes to be on the field for about half of the Packers defensive snaps this season and that he’ll be the starter by the time the tundra freezes at Lambeau Field in December.

The Packers third-round pick is likely to be a part of the offense and special teams this season. The key question is how much of a role he can carve out.

Head coach Matt LaFleur has indicated that Rodgers may see time in the slot and can be used in a similar fashion to Tyler Ervin who ran jet sweeps, end arounds, screen passes and other gadget plays.

Rodgers is also going to compete for time as a return specialist, something he did in college and that his elusive running style would be well suited to.

The key to how much playing time Rodgers gets on offense will likely be how quickly he picks up the playbook and earns the trust of his quarterback whether that’s Aaron Rodgers, Jordan Love or somebody else.

The Packers starting center position is wide open after the departure of Corey Linsley via free agency. The Packers second-round pick out of Ohio State is the favorite to take over as the starter but the question will be when he’s ready to take over.

Other possibilities at center include Patrick, Jenkins and Jake Hanson who was a sixth round pick in 2020.

Myers is a heady player who called the signals for the offensive line in college. If he picks up the playbook quickly, he has a good chance to start in 2021. Even if he doesn’t start in Week 1, he has an excellent chance of taking over the position before his rookie campaign is over.