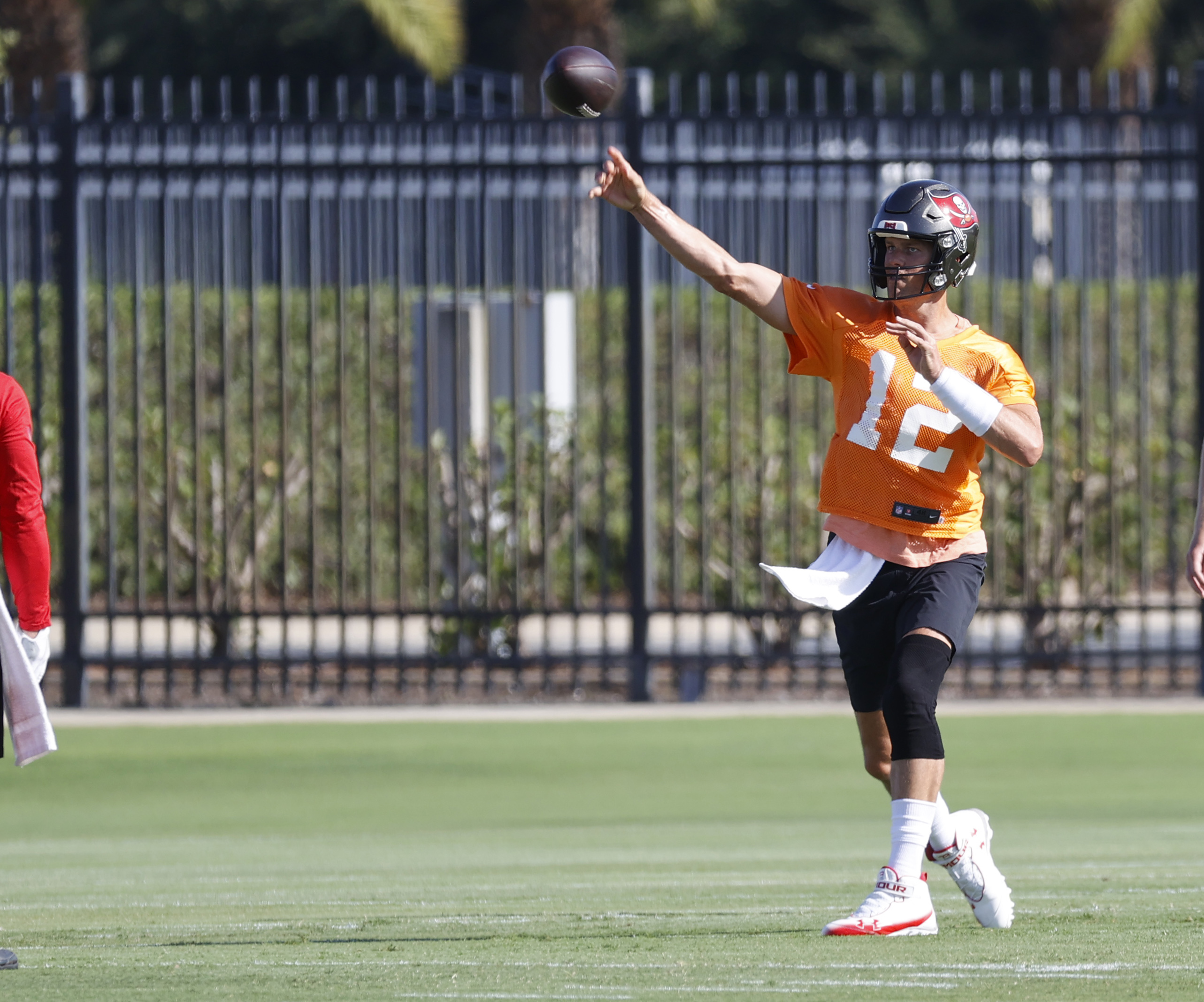 Tom Brady has quickly quelled any concerns with regards to his ability to take part in the Tampa Bay Buccaneers minicamp, with reports claiming the iconic quarterback went full speed four months after undergoing knee surgery

According to coach Bruce Arians, the veteran took part in most of Tuesday’s drills and handled everything pretty well. NFL.com quoted Arians claims of having to pull Brady out in the first period and the QB begging to go back in. 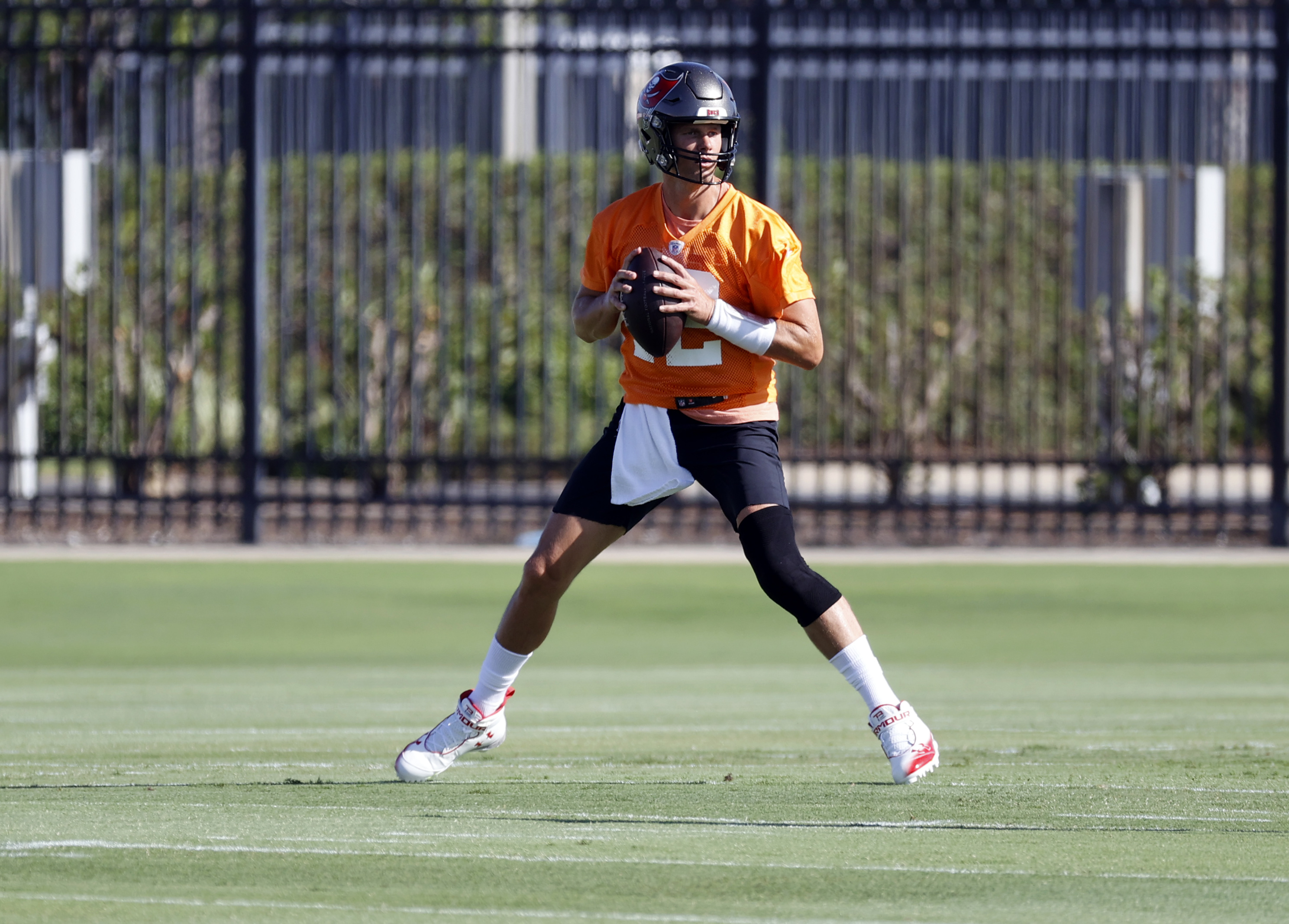 “He looked fine,” Arians declared on the back of the day’s session. “I had to pull him out that first period. I said, ‘OK, you can have four,’ he kept begging to go back in. But, the only thing I didn’t want him in was the blitz period. Some guys might get around him too quick.”

Brady, who turns 44 in August, had surgery on his knee after leading the Bucs to the Super Bowl earlier this year. There were concerns over whether he would be ready for minicamp. Of course, that part of training isn’t all that necessary for the football legend but he seemed pretty keen on participating; he had already vowed to be ready for offseason work and looks poised to make good on that.

Brady’s involvement on Tuesday was sort of surprising given that Arians had said that the player would be doing more coaching than throwing but has since indicated that the participation was approved on multiple fronts.

“The doctors and him. They both said he was good to go and still be careful of what we’re doing with him,” the coach said. “Trying to stop him from playing is pretty tough.”

Arians knows what he’s saying when he speaks to Brady’s commitment. It was always going to be hard to keep the QB off the field unless his issue was one that made him physically incapable of participation. Brady still has some work to do, despite his seven championships – at least that’s how he sees it. There’s also the matter of building an on-field rapport with O.J. Howard as the tight end tore his Achilles in October and missed most of the team’s run to the Super Bowl. Arians has revealed Howard is really close to returning to football activities.

Ndamukong Suh and Antonio Brown are both two weeks away from returning to practice, with the former kept out of Tuesday’s drills due to a wrist issue and the latter nursing a knee problem. 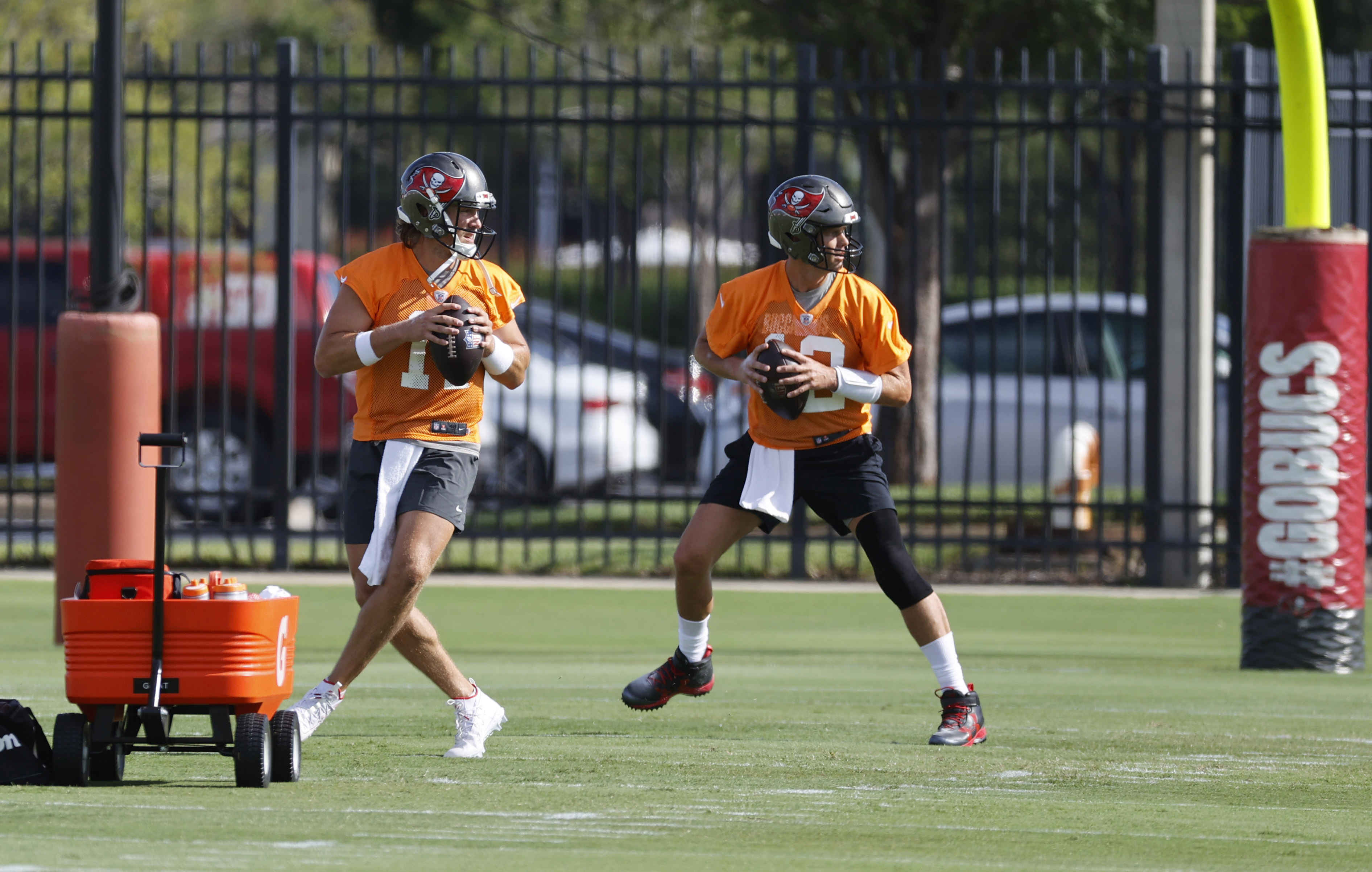 Brady, who is as competitive as they come, isn’t keen on sitting on the sidelines as he’s ready to chase an eighth ring. The Buccaneers are 7/1 to win the Super Bowl at the end of the upcoming season, with the bookmakers offering NFL picks ahead of the term.

Arizona Vikings head coach Kliff Kingsbury, who played backup to Brady for a single season in New England, recently told a story in which he talked up the player’s dedication. Apparently, the pair attended a wedding in the Bahamas and wound up “getting hammered.”

According to Kingsbury, Brady managed to put in a workout the following morning despite being hungover from the night’s activities.

“I get in a little golf cart, and I’m cruising along, and I get up, and I see on these polo fields some dude with some other guy, and it looks like he’s doing resistance bands drops,” he told The Ringer’s Flying Coach podcast.

“So I drive over, this is like, 7:30 [a.m.], we were up getting after it. I go over, [Brady] is already pouring sweat. He has this assistant holding his resistance bands, and he’s just crushing these drops, just killing it and getting this workout in. I’m like, listen, you are such a sociopath.

“His desire to be the best ever is on another level. The world hasn’t seen much like this. A guy who has dedicated every waking moment, diet, sleep, work ethic, to being the best ever.”

It’s no secret that Brady is one of the hardest-working athletes ever. His competitiveness and desire to be the best has thrust him into the conversation alongside Michael Jordan and Cristiano Ronaldo when it comes to being the greatest athlete of all time.

His participation in Tuesday’s team activities should come as no surprise, especially as he’s well aware of the fact that Patrick Mahomes is breathing down his neck. The young quarterback was upstaged in this year’s Super Bowl and will be very motivated next season. The Kansas City Chiefs are the current favorites to win the Championship game next year at 9/2.