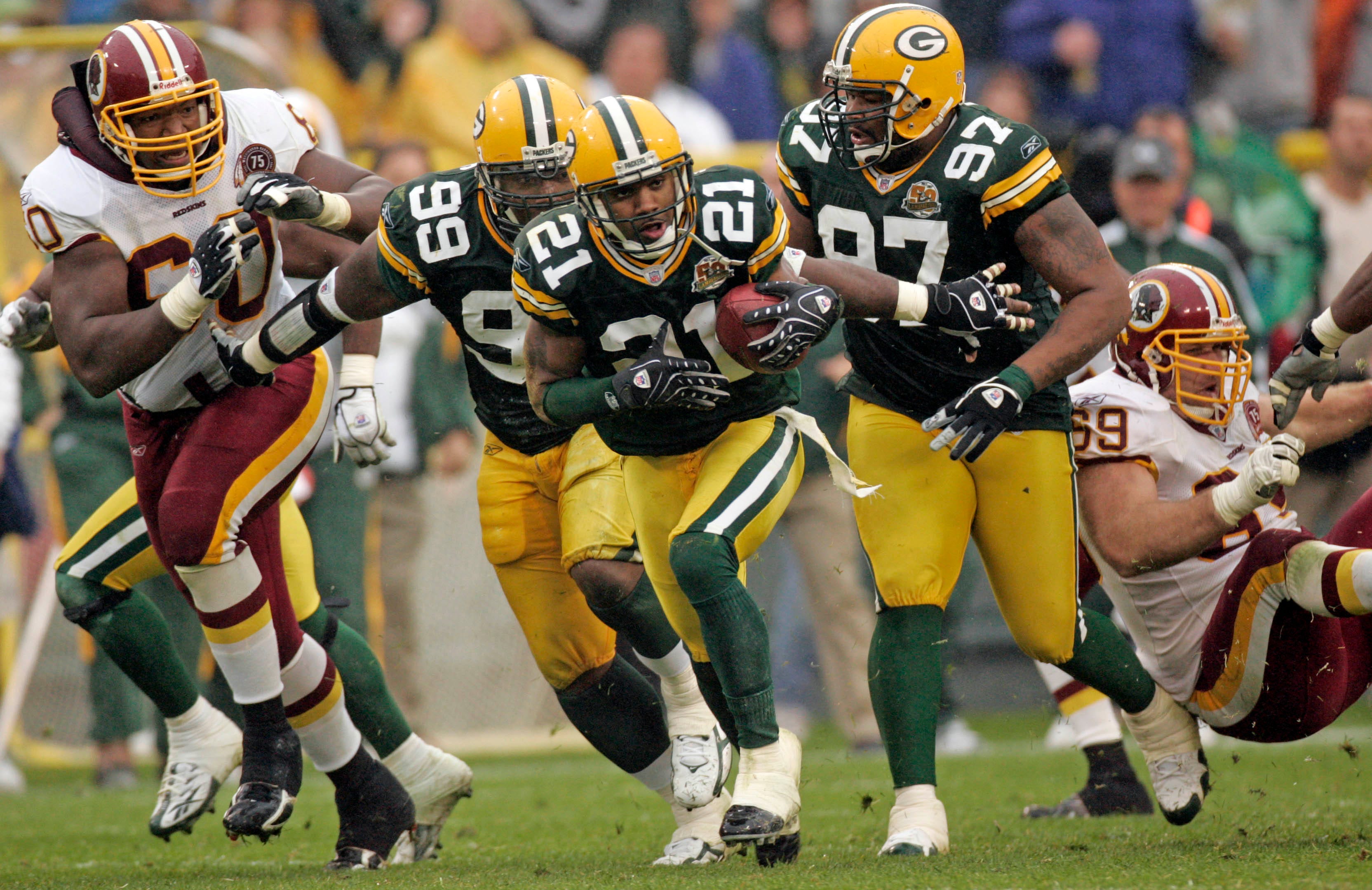 Charles Woodson is being inducted into the Pro Football Hall of Fame in Canton, Ohio, this weekend. The former Heisman Trophy winner from the University of Michigan may have played more seasons in Oakland with the Raiders, but he was at his most dominant during his time in Green Bay.

Woodson spent the first eight seasons of his career with the Raiders and he was off to a great start. He earned Pro Bowl honors in each of his first four seasons but his play fell off and when he became a free agent after the 2005 season, he had only one legitimate offer for his services. But it was the place he probably least wanted to go to.

“It just got to a point where the writing was on the wall, where if you wanted to play, you’re probably going to have to go to Green Bay,” Woodson told the Packers official Web site. “So, when I got there, I just had that reluctance in my heart and in my spirit, and I just couldn’t believe I was in Green Bay. It made me combative off the bat, with really kind of everybody.”

Woodson didn’t know it at the time, but he had just begun a new stage of his career and was about to take his game to another level. He played seven seasons with the Packers and intercepted 38 passes while returning nine of them for touchdowns. He earned four Pro Bowl berths with the Packers and earned All Pro honors twice. In 2009 and 2011, he was the APs NFL’s Defensive Player of the Year.

The talent around Woodson certainly helped. The Green Bay secondary was deep and talented with players like Al Harris, Nick Collins and Tramon Williams were playing with Woodson in the secondary and then defensive coordinator Dom Capers put Woodson into a situation where he could be in an excellent position to make big plays. Woodson became a big play machine.

He also matured and became a leader in Green Bay. By 2010, the veteran corner was somebody the younger players looked up to. Former Packers safety Nick Collins appreciated how Woodson helped his career.

“He took me under his wing and he broke everything down: how to play the game, how to understand the game, how to make reads,” Collins recalled. “I remember sitting in the office with him one day. He was like, ‘With your skill level and your talent, there’s no way you shouldn’t average four to five picks every season.’ That went to heart. The more we hung out together, our friendship kept growing and growing. He’s a tremendous guy, friend, teammate – all the above. He’s like an older brother to me. When he left the game, everybody knew who Charles Woodson was with how he played the game and how he carried himself. He was all about business.”

Woodson made a now famous speech after the Packers NFC Championship Game victory over the Bears about President Obama, who lived in Illinois and was rooting for the Bears. Obama said he would attend the Super Bowl if the Bears made it to the game. Woodson simply said, “The president don’t want to come watch us at the Super Bowl, guess what? We’re going to see him.”

In the Super Bowl, the Packers jumped off to a 21-3 lead but Woodson suffered a broken collarbone just before the half and could not finish the game. The Packers lead shrank as the Steelers were able to pass the ball more effectively without Woodson in the lineup. Green Bay managed to hold on for a 31-25 win and Woodson had earned his Super Bowl ring.

Woodson turned 36 and was clearly slowing down during the 2012 season so he successfully moved from cornerback to safety in his final season in Green Bay. The Packers did not re-sign him but he went back to Oakland and finished his career with three productive years with the Raiders.

Now, Woodson has been inducted into the Pro Football Hall of Fame in his first year of eligibility. It is a well deserved honor. He is fifth all-time in NFL history with 65 career interceptions and was named to the NFL’s All-Decade Team of the 2000s.

Looking back at his time in Green Bay, Woodson realized it was a turning point in his life. “That was really a time in my life when I was growing as a person,” Woodson recalled. “There was a transition that happened there that was a beautiful transition, if you will, so that time was very special.”