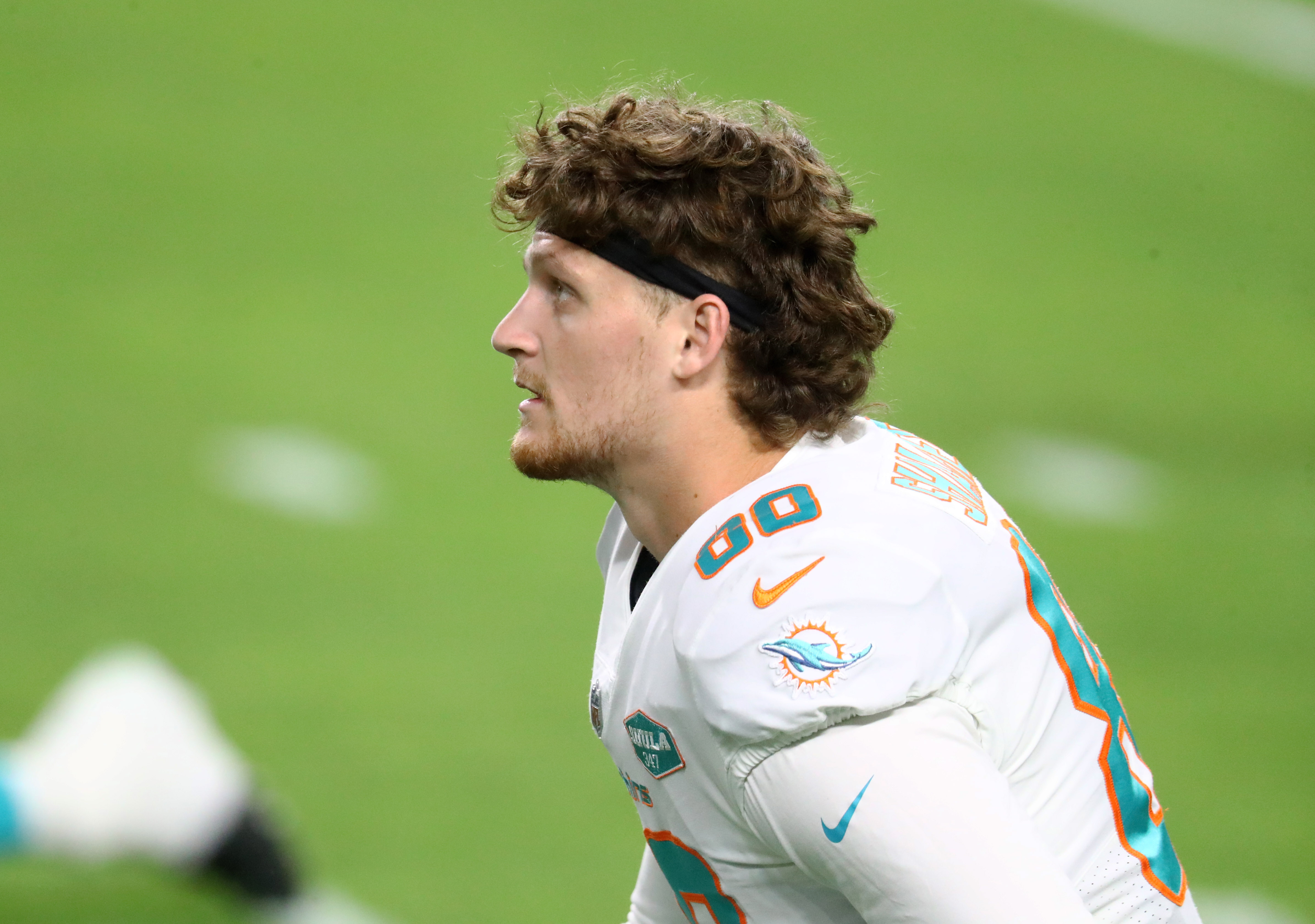 Adam Shaheen has chosen to stand up for what he believes in, and while he’s in the minority, it sure doesn’t look like he’ll be changing his mind anytime soon.

The Dolphins are a team that boasts a 90% vaccination rate for its players, which is far higher than most other teams. And given that they’re based in Florida, a state that’s currently a hotbed for Covid-19, it’s certainly understandable why they’d get vaccinated, with their personal safety at risk.

But Shaheen marches to the beat of his own drummer.

He’s chosen not to get vaccinated, and given that he recently landed on the Reserve/COVID-19 list, the Dolphins tight end found himself in the spotlight. But he made sure to point out it was due to contract tracing, and he came off the list on Saturday.

And he not only opposes getting vaccinated, but he made sure to point out that he’s not going to allow the NFL to “strong-arm” him.

“This is such a changing environment and I’m going to keep my hands off and follow the rules that they have in place for me, but they’re not going to strong-arm myself into getting it. They’re not.”

It’ll be interesting to see how the NFL responds to Shaheen’s take.