Breaking Down the Biggest Position Battle in Packers Camp 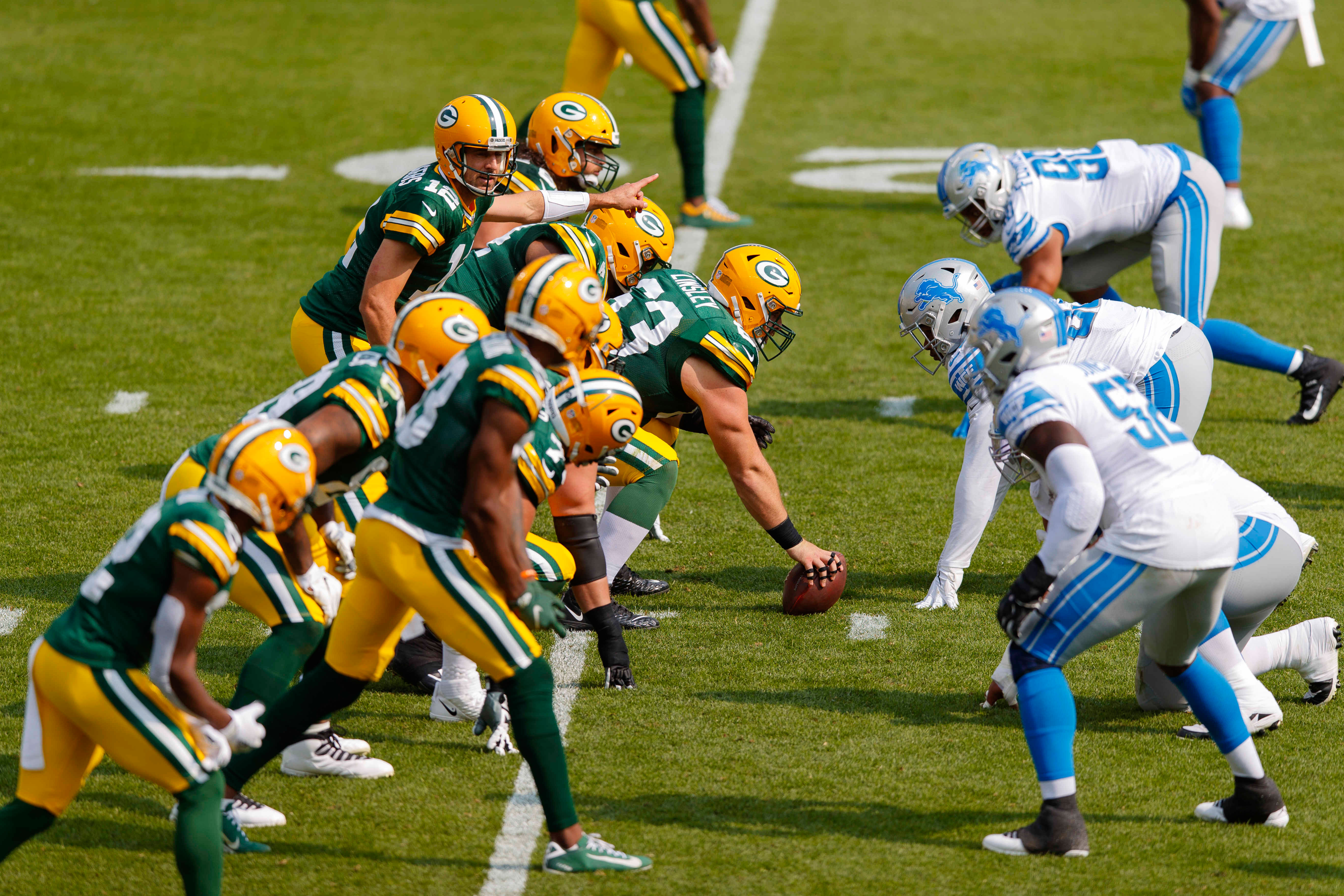 Breaking Down the Biggest Position Battle in Packers Camp

The Green Bay Packers are coming off their second straight 13-3 season and their second straight trip to the NFC Championship Game. They are also returning 10 of last year’s 11 starters on offense (center Corey Linsley departed via free agency) and 10 on defense (Christian Kirksey was not retained although he wasn’t starting by the end of the season).

Right now, the biggest battle for starting spots in the Packers lineup comes at guard. Due to the ongoing rehab of starting left tackle David Bakhtiari, starting left guard Elgton Jenkins has moved to left tackle at least until Bakhtiari is healthy enough to play again. As a result, the Packers have an opening at both guard spots with three players currently battling for the two starting positions.

The incumbent right guard is Lucas Patrick. The former Duke star is entering his fifth season with the Packers after signing as an undrafted free agent in 2017. He became a full time starter last season and started 15 games. Patrick can play either guard position or at center where he made several starts earlier in his career when injuries struck.

Patrick is tough and dependable. He graded out slightly higher as a run blocker than a pass blocker last season according to PFF. The Packers know what they have in Patrick. His salary is higher than the other two candidates for the position but he also has the most NFL experience. His versatility is also something the Packers coaching staff values in their offensive linemen.

Second-year man Jon Runyan, Jr. is also in the running for a starting guard position. In practice, he’s been getting a lot of playing time at left guard and some on the right side as well.

The Packers drafted Runyan in the sixth round of the 2020 draft and the former Michigan star played in all 16 games for the team. In college, Runyan played tackle but he was projected as a guard in the NFL and that’s where he played for the Packers when he saw action on offense.

In three games, Runyan filled in at guard when injuries hit the Packers offensive line. Despite not having any OTAs or preseason games last year because of the pandemic, Runyan never looked out of place when he was inserted into the lineup. Like Patrick, he was better at run blocking than pass blocking, but he clearly showed potential in his brief rookie performances.

This year, Runyan has had the full benefit of a normal offseason and he appears to have taken a step forward. Runyan has earned praise from coaches during OTAs and training camp and is fighting for one of the starting guard positions to start the season.

Like Patrick, Runyan can play multiple positions. He is also a student of the game as his father played 14 years in the NFL.

The third candidate for one of the two starting guard spots is Ben Braden. Braden has surprised everybody with the progress he’s made since last season. In fact, the Michigan alum has gone from a virtual unknown to a player being praised by the coaching staff at OTAs and in training camp.

Braden played with the Jets in 2018 and 2019 after being undrafted coming out of college. He played in a combined total of three games for the Jets over those two seasons but never took a snap on offense.

He started the 2020 season in training camp with the Patriots but was released at the end of training camp before joining the Packers mid-season. He played four offensive snaps for the Packers in his four games with the rest of his action coming on special teams.

But this offseason, Braden took a step up and he caught the notice of the coaches and management. “He’s put in a bunch of work and he’s been in our system for a while and I think those things are kind of coming together,” GM Brian Gutekunst told reporters when asked about Braden. “And he’s playing the best ball that we’ve seen him play.”

Braden admitted to reporters that he almost quit but decided to stay with football. “In my heart, I felt like I wasn’t done yet,” he explained. “I’m really glad that I haven’t stopped and I decided to keep going, even at those points when I wasn’t sure. I’m super-happy about, obviously, where I’m at right now. It’s just been awesome.”

Braden has good size at 6’6”, 329 pounds. He can play tackle as well as guard and even took some reps at left tackle during OTAs. That means Braden has the versatility the Packers look for.

As the preseason gets under way, these three players are fighting for what looks like two starting spots in Week 1 unless Bakhtiari makes a speedier than expected recovery. This is a battle that may go down to the wire and will be interesting to watch for the rest of the preseason.