Analyzing the Packers Battle for Roster Spots at Wide Receiver 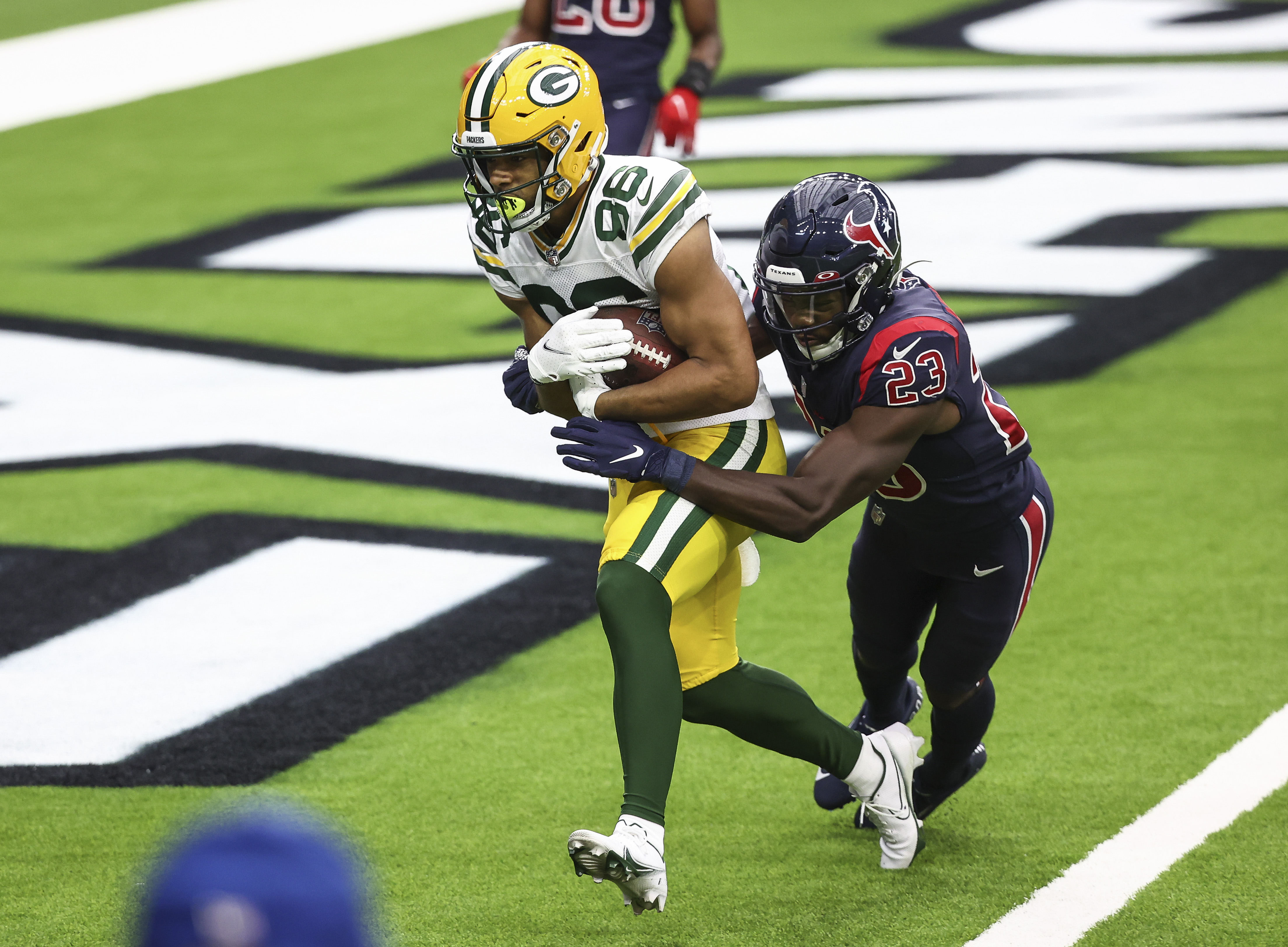 Analyzing the Packers Battle for Roster Spots at Wide Receiver

With one preseason game remaining before the Packers final roster cutdown, the battle for the last roster spots at wide receiver remains a tight one. The Packers have five players who are locks to make the final 53-man roster in Davante Adams, Allen Lazard, Marquez Valdes-Scantling, Randall Cobb and rookie Amari Rodgers. That leaves several other players battling for one or possibly two roster spots with at least one or two others likely to land on the practice squad.

Here is a look at the battle for the final roster spots at wide receiver:

Funchess had a strong start to camp and was the Packers best receiver at Family Night and in the first preseason game against Houston.

Unfortunately, the former Michigan star missed the past week of camp due to injuries. It will be important for Funchess to return to the field for the final preseason game and show the coaching staff why he is the right man for the job.

Funchess has experience and the size the Packers like. His skill set makes him a very reliable red zone target. He has also showed improved hands and has caught almost everything thrown his way, a definite improvement over his past performances.

It is possible the Packers may try to trade Funchess if they feel they can get an adequate return and that they have solid alternatives available on the roster.

Taylor is in his second training camp with the Packers and earned a roster spot last year mostly on the strength of his ability to contribute on special teams.

The former Ferris State star was good in the first preseason game and the Packers best wideout on the field against the Jets when he caught a team high four passes.

The key for Taylor is to show he can be productive on offense, not just on special teams. While he is unlikely to be the starting punt or kick return specialist, he is also capable of filling either of those positions and being reliable if not spectacular.

Taylor needs another strong performance against Buffalo in the final preseason game to maximize his chances of staying on the roster.

Winfree was the star of OTAs and made a strong impression on the coaching staff. Unfortunately for the University of Colorado alum, he has missed the past two weeks because of injury and has been unable to practice.

At OTAs, Winfree showed good route running skills and hands. He quickly went from an afterthought to a contender for a roster spot.

If Winfree can return and play in the final preseason game he would certainly improve his chances of sticking on the roster.

The Packers could try to keep him on the practice squad if he would clear waivers, or, they could put him on the injured reserve if he remains hurt and unable to practice. If the Packers put him on IR before the season, his year would be over. If they wait until after the cutdown to 53, they may be able to activate him later in the year if he’s healthy enough to play.

EQ has struggled with injuries and inconsistency but he has the size and ability to coaching staff looks for. He missed some time in training camp with injuries this year and has yet to play in the preseason.

St. Brown missed the entire 2019 season because of an injury and his lack of availability has hampered his development.

At 6’5”, he is an inch taller than Funchess. The former Notre Dame star needs to get healthy and have a strong finish to training camp if he hopes to stay on the roster this year. As of right now, EQ’s chances seem to be fading as other players have stepped up in his absence.

Begelton spent last year on the Packers practice squad and was active for one game but did not catch a pass. The former CFL star made some solid catches in both preseason games but has yet to stand out in training camp or in preseason games.

Begelton’s skill set and body type are different than bigger players like St. Brown and Funchess, but the additions of Cobb and Amari Rodgers hurt his chances of making the roster this season as he may be best suited for slot duty.

If he is showing enough promise, the Packers could try to keep him on the practice squad this year as he could step in quickly if other players are injured and they need to add him to the active roster.

Blair is a long shot to make the roster. The undrafted free agent signed with the Packers in January. He did not play in the preseason game against the Jets. The Alcorn State alum needs to show enough promise in practice and potentially in the final preseason game to earn a spot on the practice squad.

Hazelton signed with the Packers last week after being released by Houston. He did play briefly against the Jets but was not targeted and did not catch a pass. At 6’3” and 206 pounds, the former Missouri star has the size the Packers look for in a receiver.

The undrafted free agent needs to learn the playbook quickly and make enough of an impression on the coaching staff in a short time to earn a roster spot.