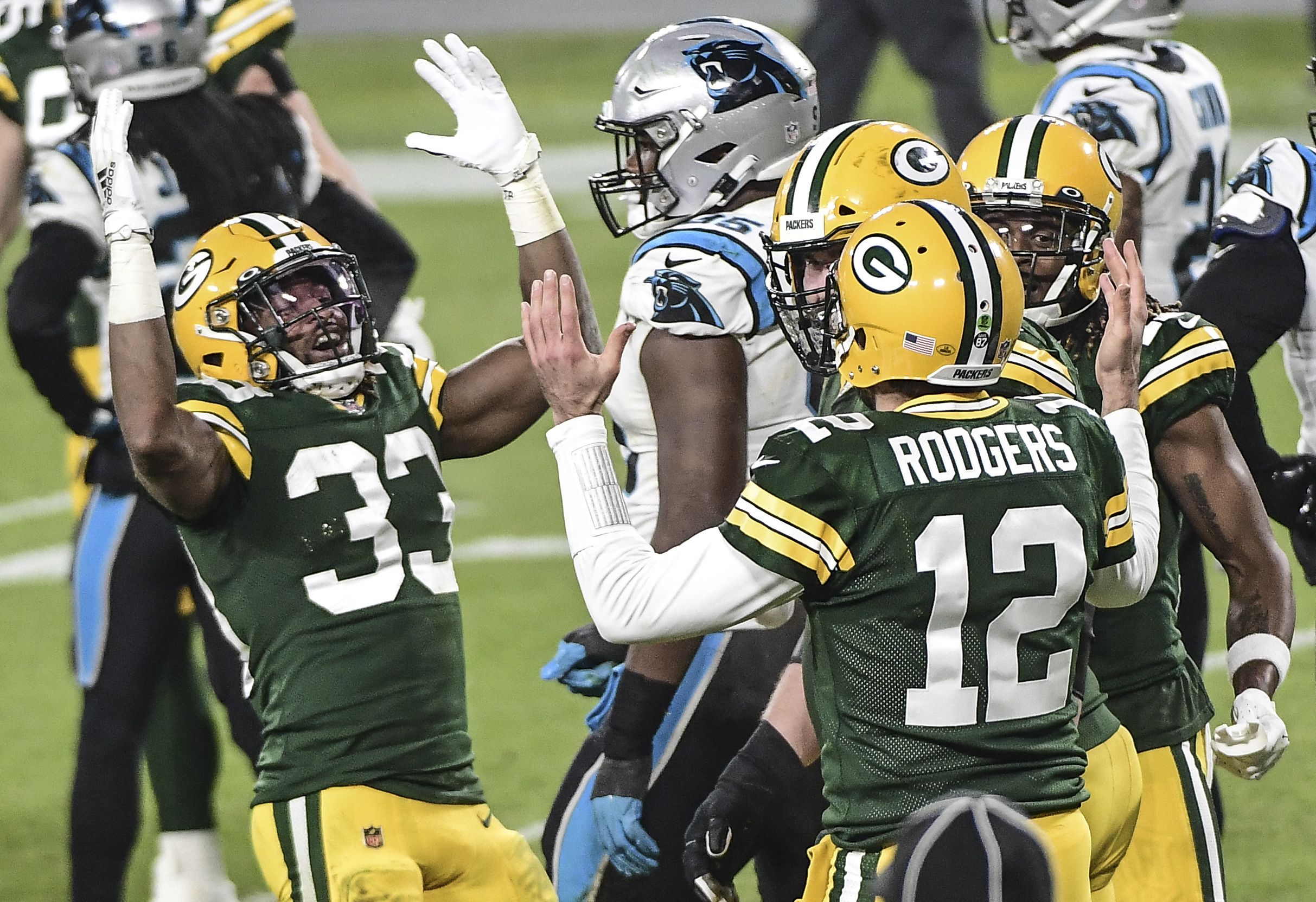 With the final preseason game upon us, final cutdowns cannot be far behind. All 32 NFL teams need to be down to their final 53 man roster by Tuesday afternoon and the Green Bay Packers are no exception.

Here is a look at the Packers projected 53-man roster for 2021. Keep in mind it is likely the Packers will add a player or two who are waived by other teams after the initial cutdown to 53. I will also indicate my projected practice squad players in this article.

The Packers will keep two quarterbacks on the active roster with starter Aaron Rodgers and former first round pick Jordan Love filling those positions.

Patrick Taylor and Dexter Williams are both candidates for the practice squad and it’s possible that both are kept there to give the team depth at the position.

The top five receivers are set barring injury and they will get most of the reps during the regular season. Malik Taylor wins the final roster spot at receivers because of his ability to play special teams and to provide depth as a return specialist.

The Packers will keep four tight ends to start the season with former third-round draft choice Jace Sternberger suspended by the league for the first two games of the season. After those two games, GM Brian Gutekunst will have some tough decisions to make about whether to keep four or five tight ends.

Bronson Kaufusi is a practice squad candidate and an Aaron Rodgers favorite.

David Bakhtiari likely starts the season on the PUP list. If he is active, the Packers may not keep Nijman and will likely try to sneak him on the practice squad. Patrick and Runyan will battle for the left guard spot with Braden being a dark horse candidate, Newman earns the right tackle spot with Turner at right guard and Jenkins at left tackle until Bakhtiari is ready to play.

The final spot is a battle between Lancaster and Jack Heflin. The veteran will probably edge out the undrafted free agent who the Packers will try to stash on the practice squad. Carlo Kemp and Willington Previlon are also possible practice squad candidates although the team will keep one or two defensive linemen in that group.

The top three are set although Za’Darius Smith’s availability for the start of the season is up in the air due to a nagging back injury. That will cause GM Brian Gutekunst to keep both Garvin and Galeai to at least start the season on the active roster.

The team may place either Chauncey Rivers or Delontae Scott on the practice squad.

The Packers will go with Barnes and Campbell as the starters. Burks and Summers have both showed progress during camp and in the preseason which helped them keep their jobs. Both backups are also key contributors on special teams.

Isaiah McDuffie was slowed by an injury early in camp and has showed potential. It will be a tough call but he will likely start the season on the practice squad.

The Packers are deep at this position and have several young players who will likely made the roster to help on special teams. Alexander and King likely start to open the season with Sullivan as the primary “star” and Stokes the dime back who will press King for playing time.

Jean-Charles, Ento and Yiadom will provide depth and give the Packers some speed on special teams which they need since only Malik Taylor will be a regular contributor on special teams among the wideouts.

Amos and Savage give the Packers one of the best starting safety duos in the league. Scott and Black have both looked improved in training camp. Gaines will edge out Christian Uphoff for the final spot on the roster but Uphoff will be on the practice squad and has a future on this team.

The Packers are set at kicker with Crosby although JJ Molson may stick around as insurance on the practice squad as he has had a solid camp. Scott continues to look inconsistent but has won the punting job although he may be on a short leash this season.

Long snapper remains a question mark. Bradley will probably make the initial 53 but don’t be surprised if the Packers look for another long snapper once cuts are made on Tuesday.