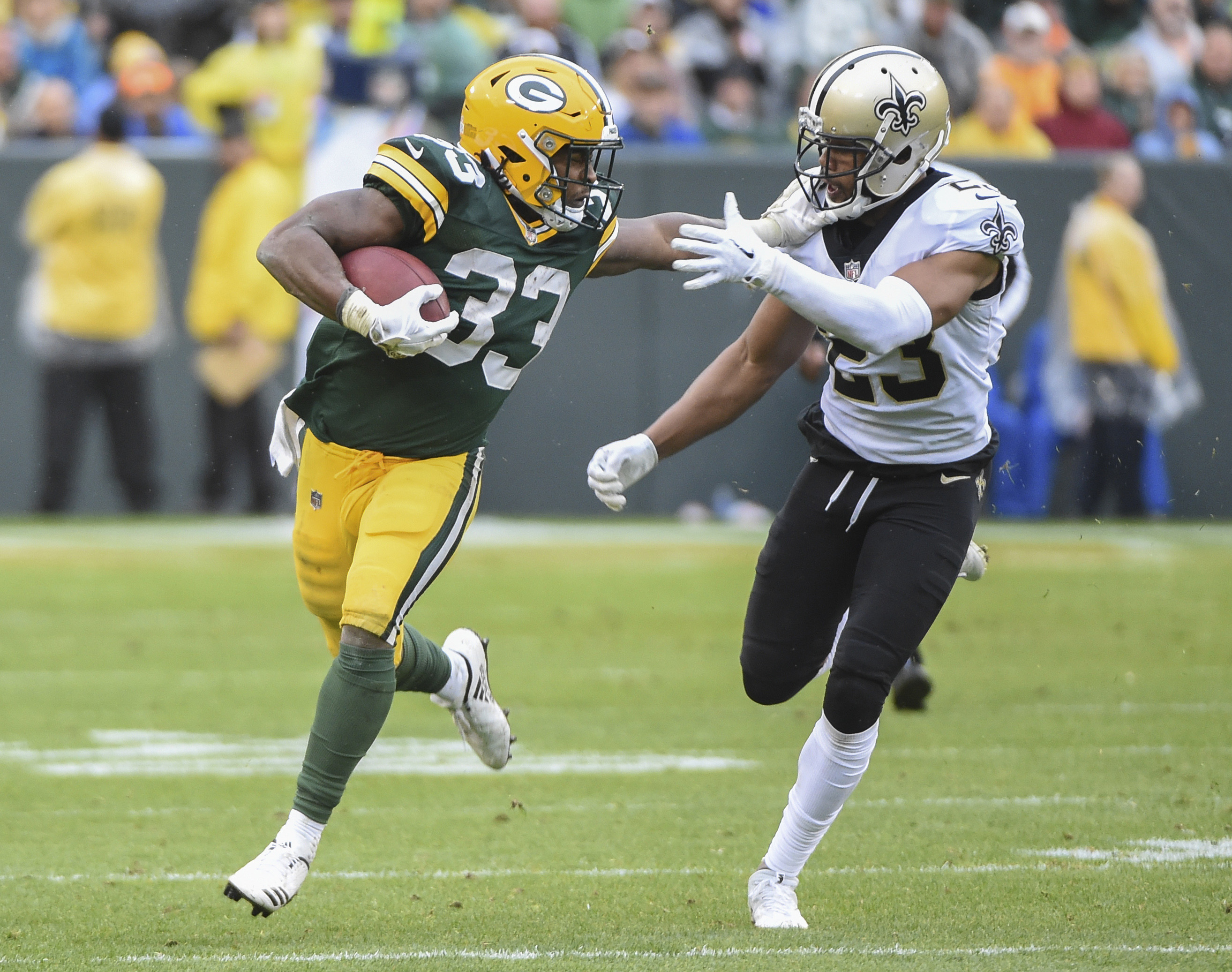 The damage done by Hurricane Ida forced the Packers season opening game against the Saints to be moved from New Orleans to Jacksonville. But what will this change mean for the Green Bay Packers? How will it affect the game itself and the team’s preparation?

The most obvious change is that the Packers are now playing at a neutral site. The Packers have not played a regular-season NFL game at a neutral site since 1938 when they faced the Chicago Cardinals in Buffalo on September 28th.

The game was played on a Wednesday night before a crowd of 10,678 fans who showed up to see the Pack edge the Cardinals 24-22. Tiny Engebretsen kicked the winning field goal in the fourth quarter to give the Packers the victory which improved their record on the season to 3-1-0. Arnie Herber, Clarke Hinkle and Don Hutson scored touchdowns for Green Bay in the game.

Getting back to 2021, this game will now be played at a neutral site although it will technically be a home game for the Saints. While Saints management allegedly chose Jacksonville because it was more difficult and expensive for the Packers and their fans to get to this game, the expectation is still that there will be more Packers fans present for the season opener than Saints fans. The Packers have fans throughout the country and travel well. In addition, Saints fans living in Louisiana are still dealing with the aftermath of the hurricane and many have more important issues to worry about.

The game will feel more like a Packers home game because most of fans in the stadium will be rooting for the Packers. That clearly favors Green Bay. Last season, there were no fans in the stands for most of the season because of the Covid-19 pandemic. In the playoffs, a limited number of fans were allowed to attend. Having most of the fans cheering for the Packers will be an even bigger deal this year than it would be after a typical season.

The game will now be played outdoors instead of in the dome in New Orleans. Last year, the Saints were 6-2 at the Superdome. They also played one other game in a Dome, a 35-29 win over the Lions in Detroit. That means the Saints were 7-2 indoors last season and 5-2 outside.

The Packers played five road games indoors last year and went 4-1 with their only loss coming to the Colts in Indianapolis. The Packers won indoors in Minnesota, New Orleans, Houston and Detroit. The Packers finished 2020 with a 9-2 mark outdoors.

The game is also now going to be played on natural grass. The stadium in Jacksonville features Bermuda grass. The Packers played 11 games on grass in 2020 and went 9-2 with their only losses coming on the road against the Bucs in Week 6 and at home against the Vikings in Week 8.

The Saints played only six games on natural turf in 2020 and they went 4-2 in those games. They were 8-2 on artificial surfaces.

While both teams were strong overall last season with the Packers going 13-3 and the Saints 12-4, the Packers are a grass team while the Saints play most of their games on artificial turf. The change does slightly favor the Packers for that reason.

Now that the game is going to be played outdoors in Jacksonville, the heat and humidity will likely be a factor. The average temperature in Jacksonville, Florida, in mid-September are in the low-to-mid 80s and the humidity in Northern Florida is usually higher than it is in Wisconsin that time of year.

As a result, the Saints are likely to wear their white jerseys for the game and force the Packers to wear their dark green home jerseys. On a hot, sunny day, dark colors absorb heat while white reflects it. The Saints are hoping that wearing their white jerseys will give them an advantage especially in the fourth quarter when players from both teams are more likely to tire, especially in Week 1 when they are not yet in ideal football shape.

The Packers have worn their white jerseys at home in early seasons games before also in an attempt to take advantage of wearing white in the heat. In 1989, the Pack played their first two games of the season at Lambeau Field but wore their white road jerseys in each contest. In the first game, Green Bay fell to the Bucs 23-21 while in Week 2, the Packers scored a thrilling, 35-34 win over the Saints on a late touchdown pass from Don Majkowski to Sterling Sharpe.

When all is said and done, the Packers and Saints still need to play a football game. It will be played in different surroundings and in different color uniforms, but it will still be the 2021 season opener and it will still count as one game in the NFL standings.

Overall, the change in venue should give the Packers a slight edge over playing in New Orleans. Now it’s up to the team to take advantage of that.