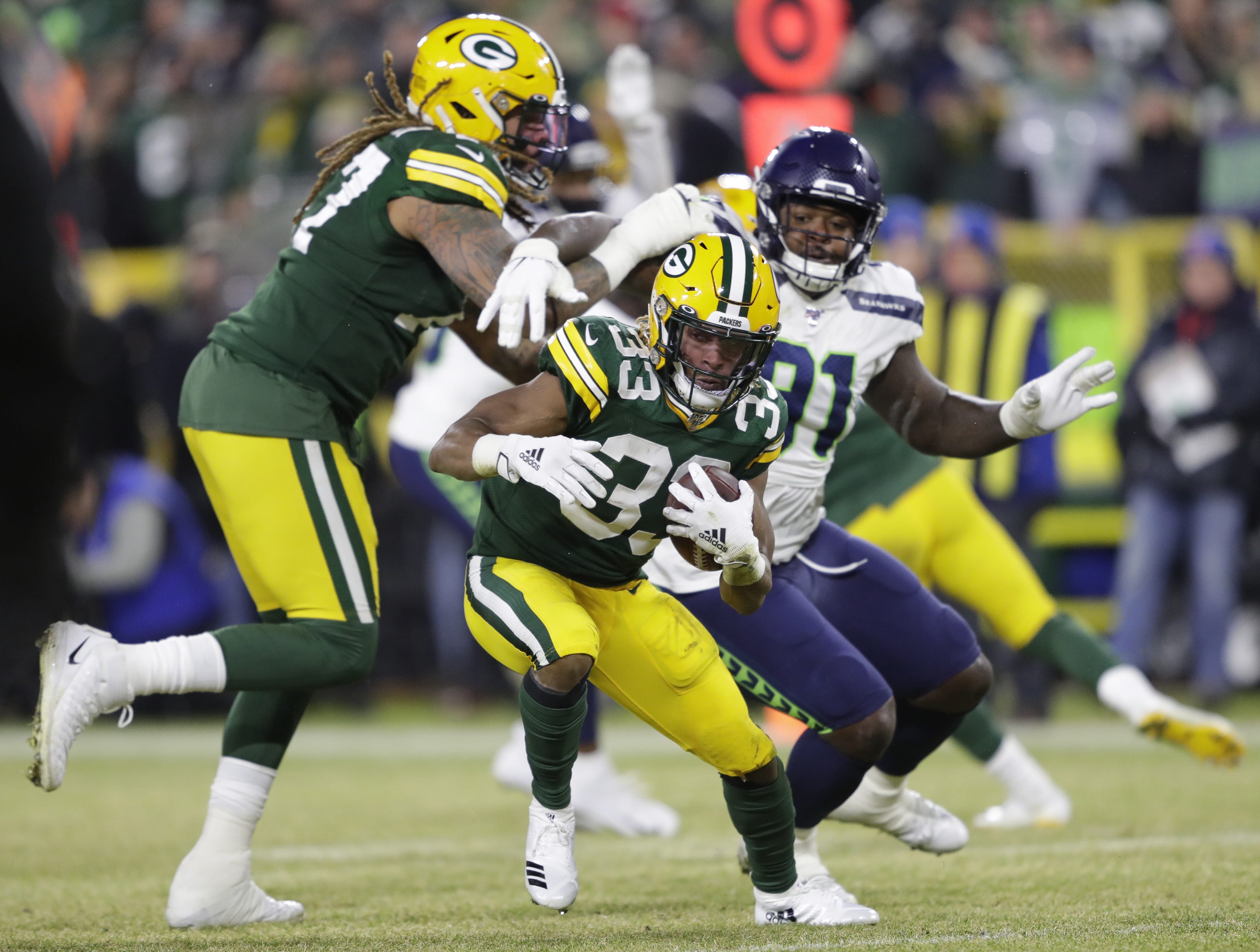 The Green Bay Packers head home to Lambeau Field Sunday as they host the Seattle Seahawks. The Packers saw their seven-game win streak end last Sunday in Kansas City when they fell to the Chiefs 13-7. The Packers are now 7-2 on the season. The Seahawks are now 3-5 and ended a three-game losing streak with last week’s 31-7 win over Jacksonville.

The Packers lead the all-time series 11-8-0 with Green Bay winning three of the four playoff meetings between the teams. The two teams last met in the 2019 playoffs when the Pack defeated Seattle 28-23 to advance to the NFC Championship Game. Their first meeting came in Seattle’s inaugural season in 1976.

Here is a look at six key factors that will determine who wins Sunday’s game at Lambeau Field:

The Packers have activated All Pro left tackle David Bakhtiari from the PUP list but it still isn’t clear if he’ll be in the lineup on Sunday. If he is, the Packers are likely to shift Elgton Jenkins back to left guard and bench either Royce Newman or Jon Runyan Jr while the other starts at right guard.

The Packers offense was blitzed relentlessly last week with Jordan Love under center. If Love is the quarterback again, protecting him is paramount. If Rodgers is back, we don’t know how Covid will affect his stamina, strength and overall playing ability.

Seattle’s top pass rusher this season has been OLB Darrell Taylor who has four sacks. The left tackle will likely have the primary responsibility of blocking Taylor. Tackle Rasheem Green has two sacks. The left guard will be matched up with Green on most plays on Sunday.

Russell Wilson is expected to return to the lineup on Sunday. He’s been out due to a finger injury that required surgery suffered in Week 5.

We don’t know if Wilson’s injury will affect his ability to do what he does best including the accuracy of his deep throws and his ability to elude the pass rush.

The Packers have done a good job of pressuring opposing quarterbacks recently with Rashan Gary and Preston Smith getting most of the pressure. If Kingsley Keke and Kenny Clark are back, they may also be able to get after Wilson from the middle of the line.

Seattle’s offensive line has allowed 26 sacks through eight games and has been vulnerable to good pass rushes.

Green Bay must keep Wilson off-balance with pressure and prevent him from completing long passes downfield.

The Packers also need to prevent Wilson from scrambling for first downs and improvising big plays when he’s under pressure.

The Packers secondary has been banged up with Jaire Alexander and Eric Stokes both out of the lineup last week. Stokes was a limited participant in mid-week practices with a knee injury and his availability would be a big help for the Packers.

The Seahawks have two dangerous receivers in Tyler Lockett and DK Metcalf. Lockett leads the team with 41 catches for 579 yards and three touchdowns. Metcalf has 49 grabs for 580 yards and eight touchdowns. The Seahawks emphasize throwing to their receivers with the running backs and tight ends getting a lot fewer passes thrown their way.

Metcalf has outstanding size at 6’4” and the Packers may try to use Kevin King against him because of King’s size and length.

Stokes or Rasul Douglas are more likely to cover Lockett if the Packers are playing man coverage on the perimeter.

Lockett and Metcalf will get their share of catches, but the Packers defense must prevent the dangerous duo from making splash plays that change the momentum and course of the game. In short, the Packers need to make the Seattle offense move down the field slowly on long drives.

The Packers were effective running against the Chiefs but got away from the ground game and that hurt the offense.

This week, Matt LaFleur’s game plan should make sure he doesn’t abandon the running game especially if Love starts or Rodgers is not at full strength.

Both Aaron Jones and A.J. Dillon are talented and dangerous runners. The Seattle defense is 25th in the league against the run, giving up an average of 127.6-yards per game on the ground. This means the Packers need to stick with the run in this game even if they aren’t gaining a lot of yards early.

Jones is averaging 4.4-yards per rush and has 516 yards on the season and three rushing touchdowns. Dillon is averaging 4.7-yards per attempt and has 355 yards this season. LaFleur needs to see which back is more effective against Seattle and run accordingly. The one thing he cannot do is get away from the run too quickly.

The special teams were a disaster for the Packers in Kansas City and they were a major reason for the team’s defeat. The team missed two field goal chances and muffed a punt return. Those three plays alone cost the Pack nine points in a game they lost by six.

New long snapper Steven Wirtel needs to improve and he and holder Corey Bojorquez need to get on the same page with Mason Crosby.

Amari Rodgers makes catching every punt return an adventure and the Packers need somebody to return punts who can catch the ball reliably and then go from there.

Special teams cannot continue to cost the team points and games. This has been a problem for too long and the Packers need to turn it around ASAP.

Regardless of who starts at quarterback, the Packers need to rely more on quick release passes on offense. This neutralizes the pass rush and it allows the Packers to quickly scheme receivers open by formation or by running specific patterns.

It also allows players like Davante Adams, Aaron Jones and Allen Lazard to gain yards after the catch. It also sets up the play-action passing game if it’s put in place along with a solid running game.

The offense should move the ball well if it follows this formula.

The Packers have never lost two consecutive games under LaFleur and they shouldn’t start this Sunday. The Seahawks defense should not be able to stop the Packers if they stick to a smart gameplan.

If Rodgers is back, the offense should be set. Wilson has struggled playing in Green Bay and the Packers defense should continue to play well if they don’t give up big plays to Metcalf and Lockett.