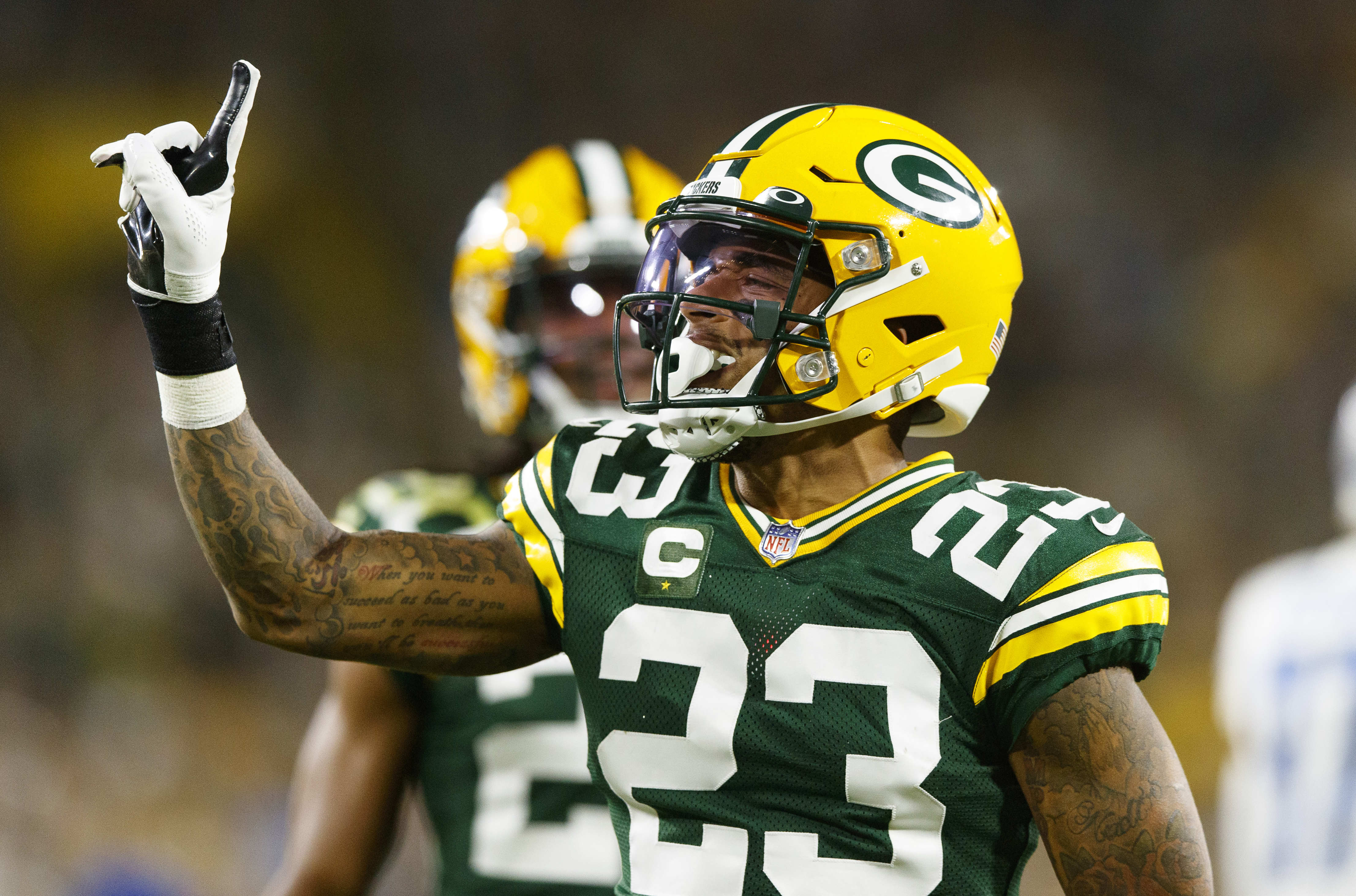 The Green Bay Packers have suffered a long list of significant injuries during the 2021 season and that has had a big impact on the team’s performance. Yet, despite losing their top two left tackles, their best pass rusher, their top cover cornerback, their number one running back, their starting tight end and their starting center for extended periods this season, the Packers are 8-3 on the season.

We know some of these players will not return this season. Tight end Robert Tonyan and offensive lineman Elgton Jenkins are done for the year. But many of the injured Packers are expected to play at some point in 2021. Here is a list of the injured players the Packers need back the most. Players like Rashan Gary and Aaron Jones, who are out short term, are not eligible for this list.

The rankings are based on depth at the position, the importance of the position and the matchups the Packers have against upcoming and potential playoff opponents.

Myers has been out of the lineup since injuring his knee in the Packers Week 6 win in Chicago. The rookie from Ohio State was playing well early in the season before injuring his finger and missing a game. He injured his knee in his first game back.

Lucas Patrick has started at center in Myers’ absence and he’s done a respectable job. Patrick’s best position is center and he is a reliable short-term fill-in for Myers.

There is still no timetable for Myers’ return, although the Packers are hoping to activate him some time this season.

Myers adds size and skill to the center position and his return will help solidify the offensive line.

Smith didn’t appear in the preseason because of a bad back. He was able to play a limited number of snaps in the Packers regular-season opener against the Saints, but the back didn’t improve and he had to undergo surgery.

Za’Darius had been the Packers best pass rusher in 2019 and 2020 and earned Pro Bowl honors both seasons. The addition of Za’Darius would give the team three outstanding edge rushers to go along with Kenny Clark who supplies pressure from the interior.

The only reason Za’Darius Smith isn’t higher on this list is because the Packers have two solid edge rushers in Preston Smith and Rashan Gary and the team has been able to get pressure on opposing quarterbacks without Za’Darius in the lineup.

If Gary continues to miss time because of his hyperextended elbow, there will be more urgency to get Za’Darius back in the lineup.

Bakhtiari was injured late last season and has yet to play a down as he continues to rehab his knee. The All Pro tackle just had a second surgery to “clean up” the knee with the hope he can return to action in December.

The urgency for Bakhtiari’s return increased after offensive lineman Elgton Jenkins, who had been playing left tackle in Bakhtiari’s absence, was lost for the season against Minnesota.

Until Bakhtiari is ready to return, Yosh Nijman will play left tackle for the Packers. Nijman did a workmanlike job in three starts earlier this season when Jenkins missed time with an ankle injury. The Packers did have to adjust their offense and call more quick release passes in their game plan. They also had tight ends and running backs stay in to block to help Nijman on many plays.

The Packers need a healthy Aaron Rodgers to contend for a Super Bowl and protecting Rodgers’ blind side is critical to the team’s success.

Bakhtiari is one of the best pass blockers in the NFL when healthy and getting him back would be a big boost to the offensive line down the stretch.

The Packers selected Alexander in the first round of the 2018 draft and he quickly developed into a consistent starter. By 2020, Alexander became one of the best cover corners in the league and earned Pro Bowl honors for the first time in his career.

Alexander injured his shoulder in the Packers Week 4 win against the Steelers and has yet to return to the lineup. There is still no timetable for his return as the team is hoping he can avoid surgery and that the shoulder will heal with rest and rehabilitation.

The Packers have been fortunate that rookie Eric Stokes has stepped up and played well. He still has issues tracking the ball in the air but his speed allows him to get back into plays if he’s beaten early.

The Packers have also gotten strong play from Rasul Douglas who they signed off the Cardinals practice squad in early October. Kevin King has been typically inconsistent and in and out of the lineup with his own injuries. At times, King has played very well but he has struggled at other times.

Getting Alexander back would give Green Bay outstanding depth at the corner position. The biggest reason Alexander is at the top of this list is that the Packers will have to face some outstanding quarterbacks and receivers in the playoffs this year. That includes Tom Brady throwing to Mike Evans, Chris Godwin and Antonio Brown in Tampa Bay, Matthew Stafford throwing to Cooper Kupp and Odell Beckham with the Rams, Dak Prescott targeting Amari Cooper, CeeDee Lamb and Michael Gallup in Dallas and Kyler Murray and the Cardinals who have a receiving corps that features DeAndre Hopkins, Christian Kirk and A.J. Green.

Getting all four of these players back would add three Pro Bowl-caliber starters and one promising rookie to the Packers roster and make them one of the top contenders to represent the NFC in the Super Bowl. How quickly these players return to the lineup or even if they do will have a big impact on the Packers chances this year.