Clinton Vs. Trump – If Major League Sports Were A Presidential Race

One of the social benefits of sports includes people from all walks of life gathering to enjoy their favourite teams, players and pastimes, putting aside differences to focus on a common love. Of course, when the game’s on, fans enter the heat of battle alongside their heroes. Competition changes the context, making enemies out of friends as zealots from both sides invest unwavering support for their favourite team.

More than ever, the 2016 presidential election in the United States resembles a sports rivalry, with Hillary Clinton and Donald Trump reaching deep into their political playbooks to outmaneuver each other before the polls open on November 8th. Never has a political campaign focused less on the issues and more on personal attacks, similar to the way sports fans tend to ignore the truth about their own squad. The folks at canadasportsbetting.ca satirically theorize how the U.S. election would play out as one of the five major pro sports leagues.

#1 If Trump and Clinton Were Battling For The MLB

It’s only natural to start with baseball, which is as American as a triple bacon cheeseburger on an apple pie bun topped with a caramel stars-and-stripes flag. The electoral college is another aspect of Americana that baffles outsiders who wonder how a presidential candidate can win the popular vote and still lose an election.

If the MLB were the presidential race, it would be the All-Star game, which determines home field advantage during the World Series. This creates the ridiculous scenario where the team with the most wins during the regular season may end up losing that hard-earned home advantage because of an attempt to secure television ratings.

Due to these quirks, the electoral college and the MLB All-Star game have the potential of punishing the rightful victor. Both Hillary and Donny would gladly accept an electoral college win and use designated hitters, so they’d probably end up playing for the American League. They’re affluent and well connected, which means that even if they lose, they’ve already won.

#2 If Trump and Clinton Were Battling For The NBA

Considering that the NBA squared up and elbowed Donald Sterling out of the association after he uttered disturbing racial rants, Trump’s statements on his way to securing the Republican nomination would hand Hilary the keys to the NBA. Similar to the Sterling ownership scenario, there’s never been a modern political candidate like Donald Trump. If NBA fans were the sole demographic voting for the presidential election, the landslide would bury the United States in blue.

The business philosophy of Sterling and Trump happen to align. Focusing solely on the Clippers, Sterling forced his team to lose on purpose, relying on the rest of the league for revenue sharing. Trump also won by losing, as revealed by billion-dollar business losses that help him avoid federal taxes. Similar to the first debate, if the NBA were a presidential race, Clinton would kick back like Phil Jackson and watch Trump attempt to explain how women and “the minorities” actually love him.

#3 If Trump and Clinton Were Battling For The NHL

Similar to the presidential election, NHL fans don’t get too whipped up about the regular season, but focus in during the playoffs, which are the most brutal among pro sports. With the election only weeks away and all other candidates eliminated, Clinton and Trump have survived the nomination gauntlet, and face the final series of tests which will determine the outcome. Count on Trump and Clinton to dig deep, give 110% percent and bring out their heaviest attacks yet.

Just like the playoffs whittle it down to two NHL teams, Republican and Democratic party nominations get rid of the candidates unable to withstand the brutality of American politics. The teams that remain tend to be the most ruthless, willing to draw blood given the chance. If the election was akin to competing for the Stanley Cup, it would probably resemble the 2011 NHL Finals. No matter who won, Vancouver was going to riot anyway.

#4 If Trump and Clinton Were Battling For The NFL

For whatever reason, Clinton refused to openly share information about several issues on multiple occasions, choosing to hide the truth. Instead of discussing a situation openly, she made it worse by hiding behind protocol and hubris. As such, her political campaign resembles the New England Patriots, who have been sanctioned for several scandals, including the notorious deflategate and spygate, which has tarnished the record of an otherwise outstanding football team.

If NFL fans were the only demographic to vote for the presidential election, Hillary would have a hard time making inroads, regardless of her qualifications, debate performance and campaign. According to a study performed by Bloomberg Politics and Resonate, the fanbases of 23 teams tend to vote Republican while only 6 NFL fanbases vote Democrat. In the NFL, Donald Trump would be the Goodell-style figurehead, picking petty fights with the Clinton Patriots and succeeding despite gross incompetence.

#5 If Trump and Clinton Were Battling For The MLS

If the presidential race was similar to competing in the MLS, CNN wouldn’t feature coverage of the election on a 24/7 basis over the span of two years, partly because the west coast tends to dominate pro soccer in the United States. In fact, D.C. United is the only east coast team with multiple MLS Cup wins, and the most fervent soccer fanbases tend to reside on the west coast, which features a significant Hispanic and international population.

Metaphorically, Clinton would choose an Italian strategy, allowing Trump to make the first mistake and forcing him to attack while on the defensive, similar to the first debate. In the second half, Clinton would get away with substituting the English national football team on the pitch while Trump would deport half his team, forcing a forfeit. Democratic soccer is truly complicated, and nobody knows the rules until somebody wins, just like American politics.

Sports metaphors in politics have been used by candidates to connect with the common folk for centuries, obscuring the fact that politicians are typically members of the elite. If the presidential race were similar to sports leagues, the general public would likely be better informed of the issues and vote as a unified force. Perhaps the 2016 election will be the year when the number of Americans who vote for their president will be greater than the number of folks who watch the Super Bowl. 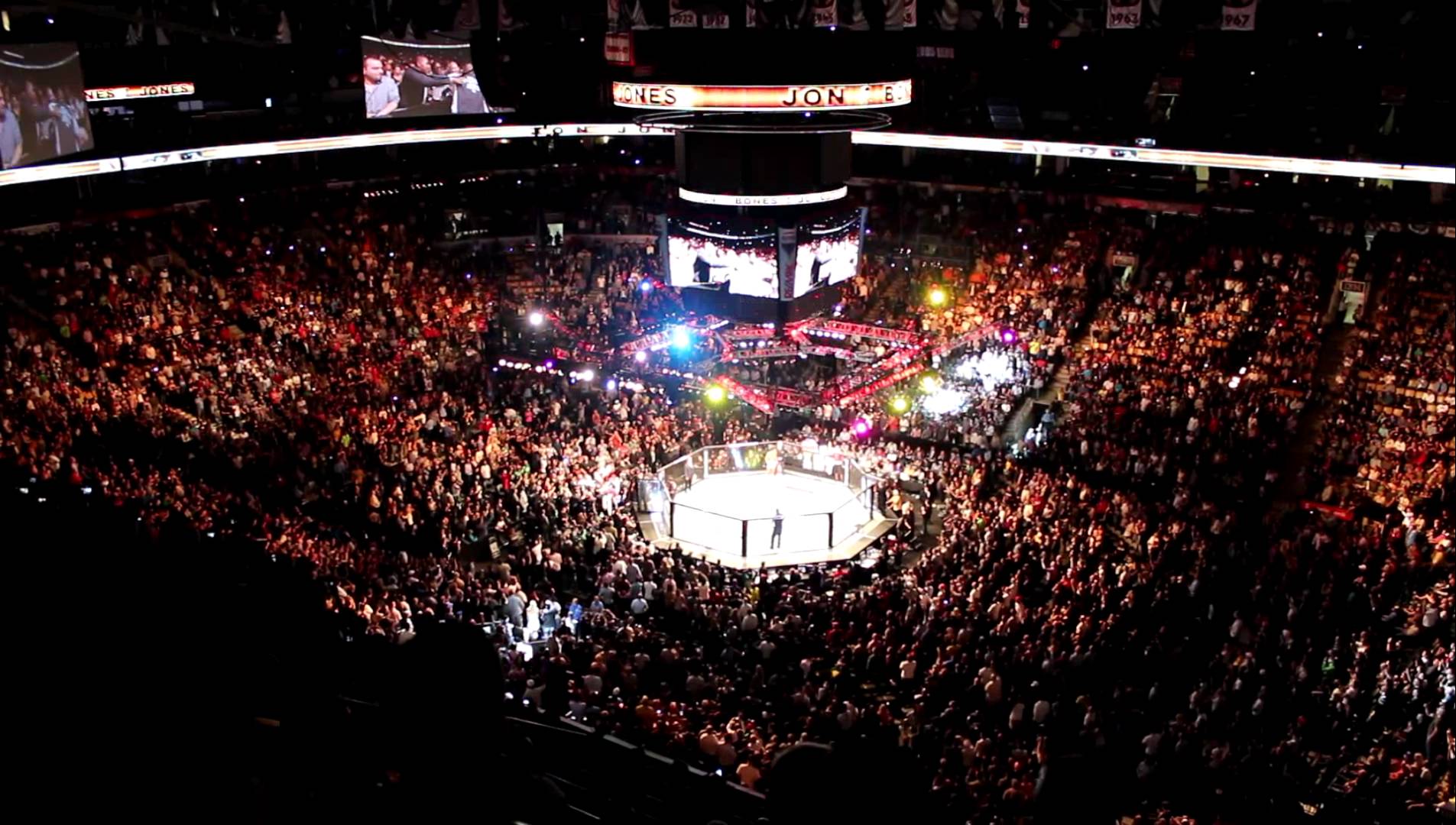 Ten Reasons Not To Miss The UFC's Comeback To Toronto

Toronto is probably the most sports mad city in Canada, which makes the success of the UFC in this city a foregone conclusion. The biggest...