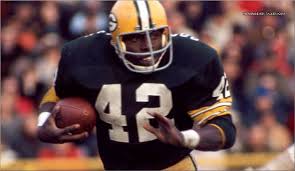 The Green Bay Packers and Cincinnati Bengals have not been traditional rivals. The two clubs have only met 13 times since 1971 with the Packers winning six of those meetings.

The first meeting between the two teams was a close game that went down to the wire, featured the first career 100-yard rushing game for John Brockington. It also saw a Bengals player suffer a broken neck that ended his career.

The game was played at Lambeau Field with Hall of Fame coach Paul Brown leading the Bengals against first-year head coach Dan Devine and the Packers. Devine was still on crutches after suffering a broken leg two weeks earlier when he collided with a Giants player on the sideline. Both teams entered the game with a 1-1 record.

The game got off to an explosive start as Packers running back Dave Hampton fielded the opening kickoff five yards deep in his own end zone and dashed 80 yards to give the Packers the ball on the Cincinnati 25. That set up a 15-yard field goal by Lou Michaels and the Packers led 3-0.

In the second quarter, the Packers added to their lead. Brockington bounced up the middle for 29 yards and that set up a four-yard touchdown run on a classic power sweep by Donny Anderson. The Packers led 10-0 at the half.

Late in the first half, Bengals starting quarterback Virgil Carter was knocked out of the game after he suffered a separated shoulder. He was replaced by rookie Ken Anderson who helped rally Cincinnati in the second half. First, he found tight end Bob Trumpy on a 44-yard pass that set up a 26-yard field goal by Horst Muhlmann that cut the Packers lead to 10-3.

Then, Packers rookie quarterback Scott Hunter was intercepted by Bengals cornerback Lemar Parrish who ran the ball back 65 yards for a touchdown which tied the game at 10-10 after three quarters.

Hunter responded after giving up the pick-six. Although he completed only 4-of-12 passes on the day for 75 yards, he led the Packers on a scoring drive that culminated with a 19-yard touchdown pass to tight end Rich McGeorge. A field goal by Michaels then gave the Packers a 10-point lead.

Cincinnati countered that with a five-yard pass from Anderson to Eric Crabtree that cut the Green Bay advantage to 20-17.

The Bengals had one last chance to tie or win the game with two minutes left. Anderson led the team downfield to the Packers seven-yard line and faced a fourth-and-two. Coach Brown decided to go for it rather than try to tie it with a short field goal (there was no overtime then). Anderson rolled out and tried to run for the first down but safety Willie Wood and cornerback Ken Ellis got wide and stopped Anderson for no gain. The Packers were able to run out the clock to preserve the win.

This was the first career 100-yard game for Brockington who gained 120 yards on 19 carries. The rookie from Ohio State went on to gain 1,105 yards that season and was named the AP’s Offensive Rookie of the Year while earned All Pro honors. Brockington went on to become the focal point of the Green Bay offense for the next several seasons and became the first running back in NFL history to gain 1,000-or-more yards in each of his first three NFL seasons.

Early in the game, however, Brockington was involved in a play that caused inadvertent tragedy. The Packers running back collided with Bengals defensive back Ken Dyer who was trying to tackle Brockington. Dyer suffered a broken neck and had to be rushed to a Green Bay hospital.

“My knee hit his head,” Brockington told the Associated Press after the game. Dr. Hiro Nishioka, a neurosurgeon told the AP that while Dyer had regained partial movement in his body, he had a long way to go for a full recovery. “There is no danger to life but even if he has a full recovery, I doubt he’ll play football again.” A few days later, the doctor added that Dyer is “not completely recovered from paralysis, although he has regained some movement.”

Dyer did manage to recover but his football career ended on that play. He was not permanently paralyzed, but he never recovered 100 percent movement in his extremities either.

The win improved the Packers record to 2-1 and they finished the season with a 4-8-2 record. Cincinnati finished the year 4-10.