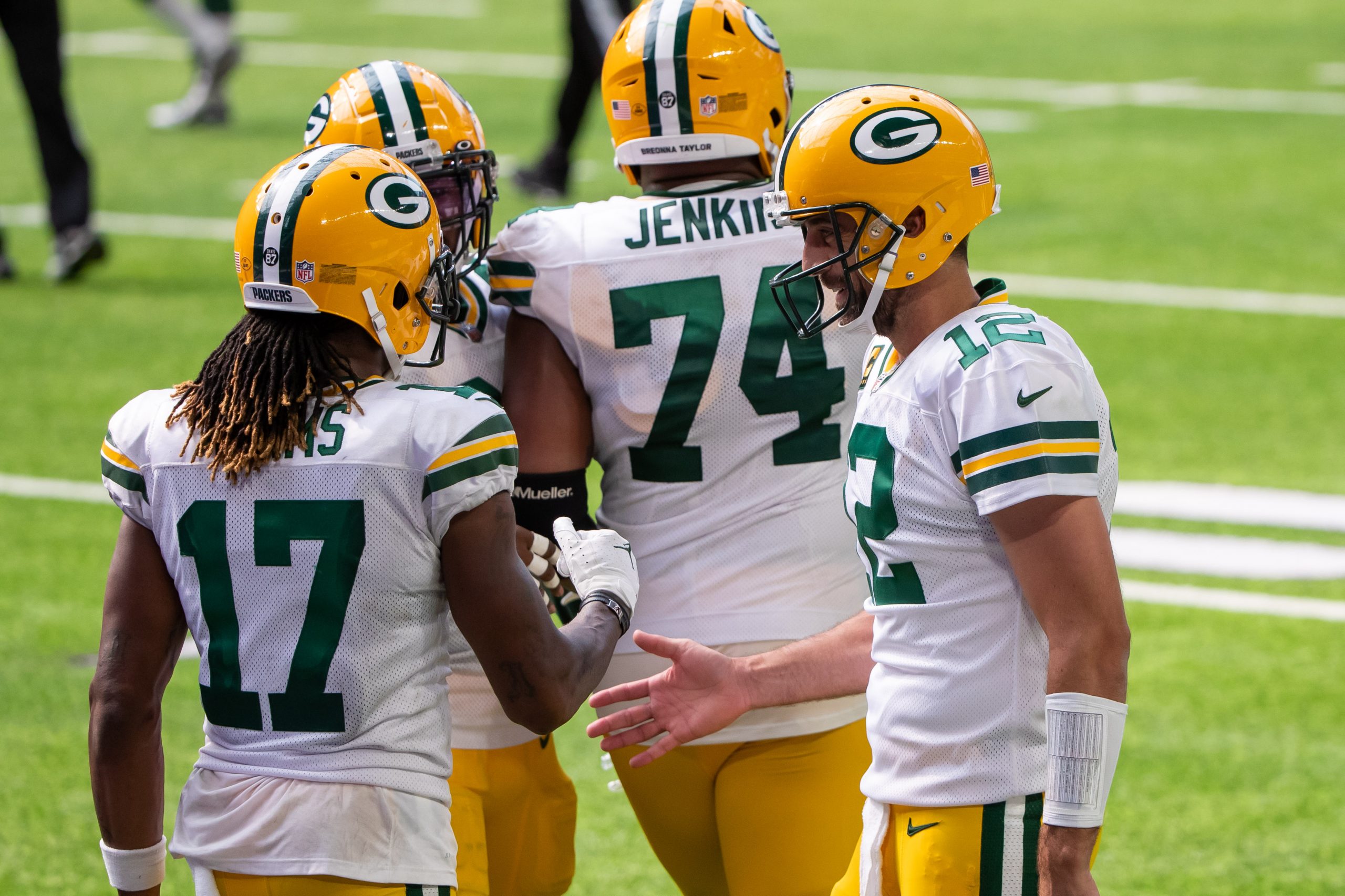 The Green Bay Packers have reached the NFC Championship Game for two consecutive seasons now and according to Pro Football Focus, they have one of the most talented rosters in the league again as teams head into training camp for the 2021 season.

The Packers have four players on their current roster ranked in PFF’s top 15 in the league, the most in the NFL. No other team had more than two players on the list.

Here is a look at the players PFF ranked in the top 15 and what they did to earn those impressive positions:

Bakhtiari earned Pro Bowl and All Pro honors last season and has earned one or both of those distinctions in four of the last five seasons.

The Colorado alum is considered one of the best pass blockers in the NFL today and is a strong run blocker as well. He has been protecting Aaron Rodgers’ blind side as the team’s starting left tackle since the Packers selected him in the fourth round of the 2013 NFL Draft.

Unfortunately, Bakhtiari suffered a knee injury that required surgery last December and may not be ready to start the 2021 season depending on the progress of his rehab.

Bakhtiari gives the Packers outstanding pass protection and leadership along the offensive line. He brings a lot of energy and enthusiasm to the locker room as well as his experience and skills.

Alexander is rapidly heading up the charts after emerging as one of the league’s best cover corners last season. The former first-round pick from Louisville earned Pro Bowl honors for the first time in 2020 after limiting opposing receivers to an impressive 51.3 percent completion percentage when throwing to receivers covered by “Ja’Money.” Their quarterback rating was just 67.4.

Alexander is fast, smart and extremely confident. He has the ability to put big completions behind him and always believes he can make a play on the ball. Although he stands 5’10” and 196 pounds, he is not afraid to be physical and make tackles, something many elite corners are often reluctant to do.

The one area Alexander still needs to improve on is to make more interceptions. He had only one in 2020 and has four in his first three NFL seasons. He did come up with two key interceptions in the NFC Championship Game last year against Tom Brady which helped the Packers come back in their game against Tampa Bay.

Alexander is only 24 and should continue to get better because of his work ethic and dedication to the game.

Rodgers is the league’s reigning MVP and 2020 was the third time he won that coveted award. Rodgers led the league with 48 touchdown passes last season while throwing just five interceptions. He also completed 70.7 percent of his passes, another career high for the former Cal quarterback.

Rodgers is a student of the game and is one of the best at getting free plays with a hard count that helps draw opposing players offside.

He is also one of the best of all-time at avoiding interceptions and preventing big plays being made against the offense.

At 37, Rodgers should still have a few good years left and the Packers talented roster should give him a chance to return to the Super Bowl this year for the first time since 2010.

Rodgers is presently in a dispute with the Packers and did not attend mandatory OTAs. If Rodgers and the Packers can work things out, the Packers have a chance to be even better than they were a year ago if the team can stay healthy. If not, the team will have to rely on former first-round pick Jordan Love who has yet to take a snap in an NFL game.

After struggling early in his career, Adams has emerged as one of the best receivers in the NFL. At 28, he is in his prime and should have several more good years ahead of him.

The former Fresno State star has good but not great speed, but he has outstanding body control and makes great moves off the snap of the ball that allow him to quickly gain an edge on opposing defenders.

Adams also runs precise routes and has unique chemistry with his quarterback. Rodgers and Adams can communicate with a quick glance and they seem to know how to work together to create plays by design and when plays break down and they need to improvise.

Last year, Adams went to the Pro Bowl for the fourth straight season and earned All Pro honors for the first time in his career. He caught a career-high 115 catches to set a new Packers single-season record and led the league with 18 touchdown receptions. He accomplished all that despite missing two games due to injury.

Adams’ contract is up after the 2021 season and the Packers are in the process of negotiating a new deal with their star receiver. If he signs a new deal with the Pack, he has a chance to challenge Donald Driver for the franchise’s all-time reception mark.