July 4th weekend has passed and we are in the home stretch to college football season.  In a little more than a month, teams across the nation will begin their fall workouts in preparation for the upcoming season.  Football season brings with it a fantasy world where people sit around and come up with their own projections on how the season will go. Now is a great time to start looking at NCAA Football Lines and determine which teams will be the best in 2016.  Today I set out to come up with an offensive production projection for the 2016 Buckeyes.

Now to be up front, my formula was made up by me and was meant to be more on the safe side.  With that said, I realize there will be massive holes in my logic.  Here is how it went:

First, let’s take a look at how I see each game playing out offensively:

Compared to last year, a few of those season totals may be a shock to most of you.  As I said in my running back preview, I really think Ohio State will pass the ball more this year now that they do not have Ezekiel Elliott to fall back on offensively.  Last year, the Buckeyes ran for 3,188 yards and 39 touch downs.  This year, I have them only running for 1,971 yards and 25 touchdowns.  Passing wise, they should get a significant bump in the stats as things are a little steadier without a quarterback controversy.  Last year, the Buckeyes threw for 2,455 yards and 19 touchdowns.  This year, I think they will throw for 3,101 yards and 25 touchdowns.

So now that I have the season stats numbers, it is time for me to use my personal bias of how I see players fitting into the offense and tell you how I think they are going to do this year.  First, we will look at the QBs:

For his career, Barrett has completed a little over 64% of his passes so I expect a slight bump in this area as Barrett comes into his junior year and completes his first fall as the unquestioned starting quarterback.  These numbers are pretty comparable to Barrett’s freshman year when he threw for 2,834 yards and 34 touchdowns.  Now let’s move on to the running backs:

As I said earlier, this is where some people are going to be shocked.  You can see that I have Dunn, who I project to be the starting running back, only having 545 rushing yards and 9 touchdowns.  This is because of three reasons.  First, as much as everyone, including the head coach, would not like Barrett to run the ball a lot…he is simply too good not to.  Second, I think Samuel and Wilson will have more carries out of the H-back position than Miller and Samuel did last year (70 carries compared to 47 carries).  Last, as I’ve said numerous times…I think the team will throw the ball more this year.  Now we can look at the guys catching the ball:

I’m going to go ahead and ride the Noah Brown hype-train and have him leading the team in receptions, yards, and touchdowns.  Most of these numbers are pretty consistent with how the receiving corps has looked over the last couple of years.  The three starters (Brown, Smith, and Samuel) combine for 133 catches, 1,869 yards, and 14 touchdowns.  Like all Buckeye fans, I dream of the day where the Buckeyes utilize their tight end and project Baugh to have a pretty decent season (26-301-2) compared to Nick Vannett last year (19-162-0).

So there you have it, my incredibly safe and low-end projected stats for the Buckeye season.  If these were betting lines in Vegas, there would be some money to be made by taking the “over”.  I think the two most important pieces are going to be Barrett (3,706 yards and 36 TDs) and Samuel (1,023 yards and 8 touchdowns).  What are your thoughts?  Where did I go wrong?  Who would you give or take away stats from?  Let me know! 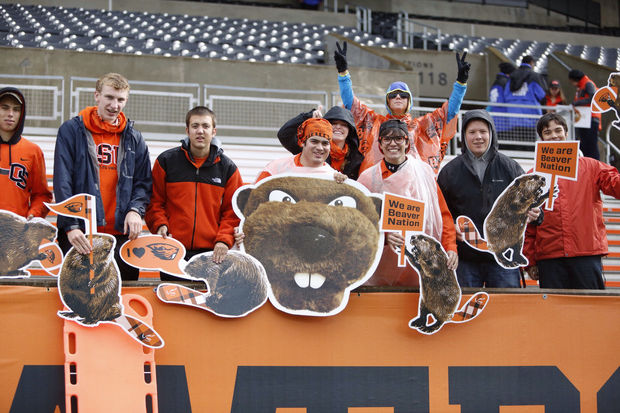 We are heading into the middle of the summer and that means that the college football season is right around the corner.  For fans of...