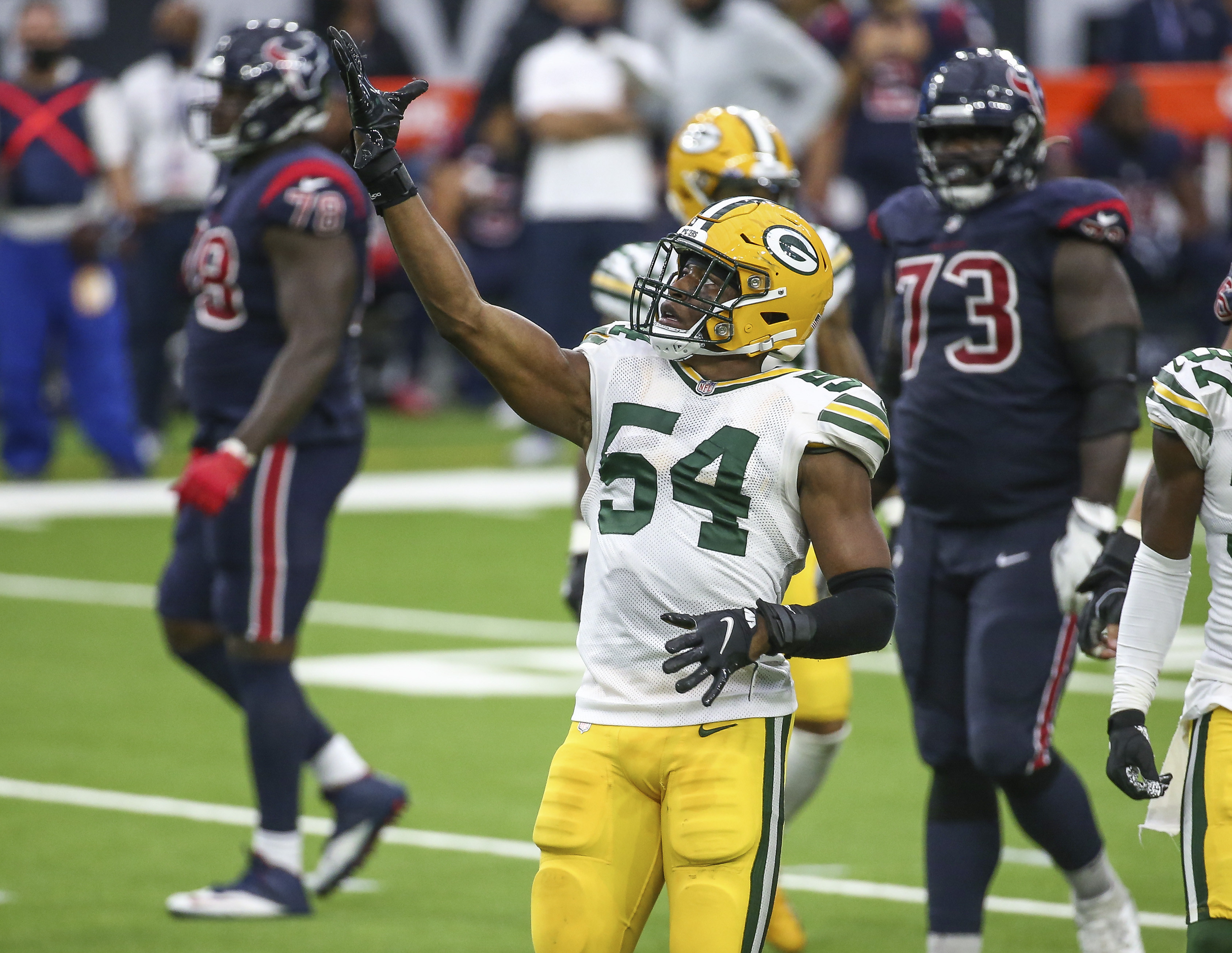 The Packers will open training camp in just a couple of weeks. This is the next in a series of in-depth articles previewing each position group for the Packers. We will discuss each player at the position, provide a depth chart and analysis of each player on the 90-man roster, their skill set, what they need to improve on and what is expected of them in 2021.

Today we will look at the inside linebackers. Click here to see our look at the tight end position, here for an in-depth look at the defensive line and here for our analysis of the running backs.

Inside linebacker has been an area of concern for the Packers for several years but there is hope for improvement. The Packers are bringing back second-year men Kamal Martin and Krys Barnes who both showed some promise as rookies. They also signed free agent De’Vondre Campbell who should be competing for a starting job. Depth remains a concern here but there are some young players fighting for roster spots

Here is a look at the Packers depth chart at inside linebacker entering training camp:

Martin was the best player at the position in training camp last year but an injury set him back and caused him to miss the first six games of the season.

Martin showed potential in his first season, making 24 tackles and one sack while starting six games. He has good speed and the ability to read plays and put himself in a good position to make tackles. As expected, he also made his share of rookie mistakes.

The Packers are hoping Martin takes a jump forward in his second season and if he does, he should be one of the starters at ILB for the Packers this season.

Campbell gives the Packers experience at the position, something they lacked after the departure of Christian Kirksey. He is a five-year NFL starter and while he never made a Pro Bowl, he is a smart, steady starter with more speed than the Pack has had at ILB in recent years.

Campbell can cover backs out of the backfield and occasionally blitz the quarterback. At 28, he is in the prime of his career and if he has a strong camp, he would be a favorite to claim one of the two starting spots at ILB.

The Packers believe Campbell will be an upgrade over the players they’ve had at this position recently like Kirksey, Blake Martinez and B.J. Goodson. If they’re right, the team’s depth and talent at the position will improve dramatically.

Barnes was an undrafted free agent who was cut before the season opener, placed on the practice squad and then elevated for the season opener. The former UCLA star took advantage of his opportunity and started 10 games for the Packers while playing in 13. He finished the season with one sack and 80 total tackles.

Barnes may not have the speed or measurables that Martin and Campbell have, but he’s extremely smart and knows how to get into position to make plays.

He has the makeup to develop into a leader. He may not have as high a ceiling as Martin, but he should contribute on both defense and special teams and if he makes his projected second year improvement, he will battle for a starting job and will see plenty of time on the field either way.

Summers is entering his third season with the team and thus far, he’s shown he can be a solid special teams contributor. On defense, this year’s training camp will be his big chance to show he is ready and capable of contributing to the team’s success.

Summers started one game and was credited with 39 total tackles and broke up one pass.

Summers will need a strong camp and preseason to prove he can do more than play on special teams and that he could fit into the team’s long-term plans on defense. This is a key season in his development as a player.

The former third-round pick will be fighting for a roster spot this season. Injuries have slowed Burks’ progress and development. After a promising first two training camps, he got hurt late in training camp both years and never really earned much playing time on defense. Last year, he was even moved to outside linebacker when injuries hit there but he was on the field for only nine percent of the Packers defensive snaps.

The light will have to go on for Burks this summer or he may be out of a job when final cuts are made. His speed and ability to play well on coverage teams may be what keeps him on the roster one more year if he does make the team.

The former Vanderbilt stat has good speed and potential but needs to start realizing it before it’s too late.

The Packers selected McDuffie in the sixth round of this year’s draft. The former Boston College star will likely fight for a roster spot.

He has good speed and is a solid tackler who played OLB in a 4-3 system in college. He McDuffie will need time to learn the Packers defense and to adjust to the NFL, but he has the potential to eventually fight for a starting job.

If he makes the roster, it will be because he shows enough potential to eventually contribute on defense and can get the job done right now on special teams.

Kemp played defensive line in college but is projected to play ILB with the Packers. He has a good first step off the ball and good pad level, but he was not a big-time play maker in college and is learning a new position as he adjusts to the pros.

Kemp is smart and plays with good technique, but he may be a tweener who is too small to play defensive line and too slow to be an outstanding linebacker.

If he shows he can contribute on special teams, Kemp could make the roster or the practice squad with the hope of developing into a bigger contributor down the road.