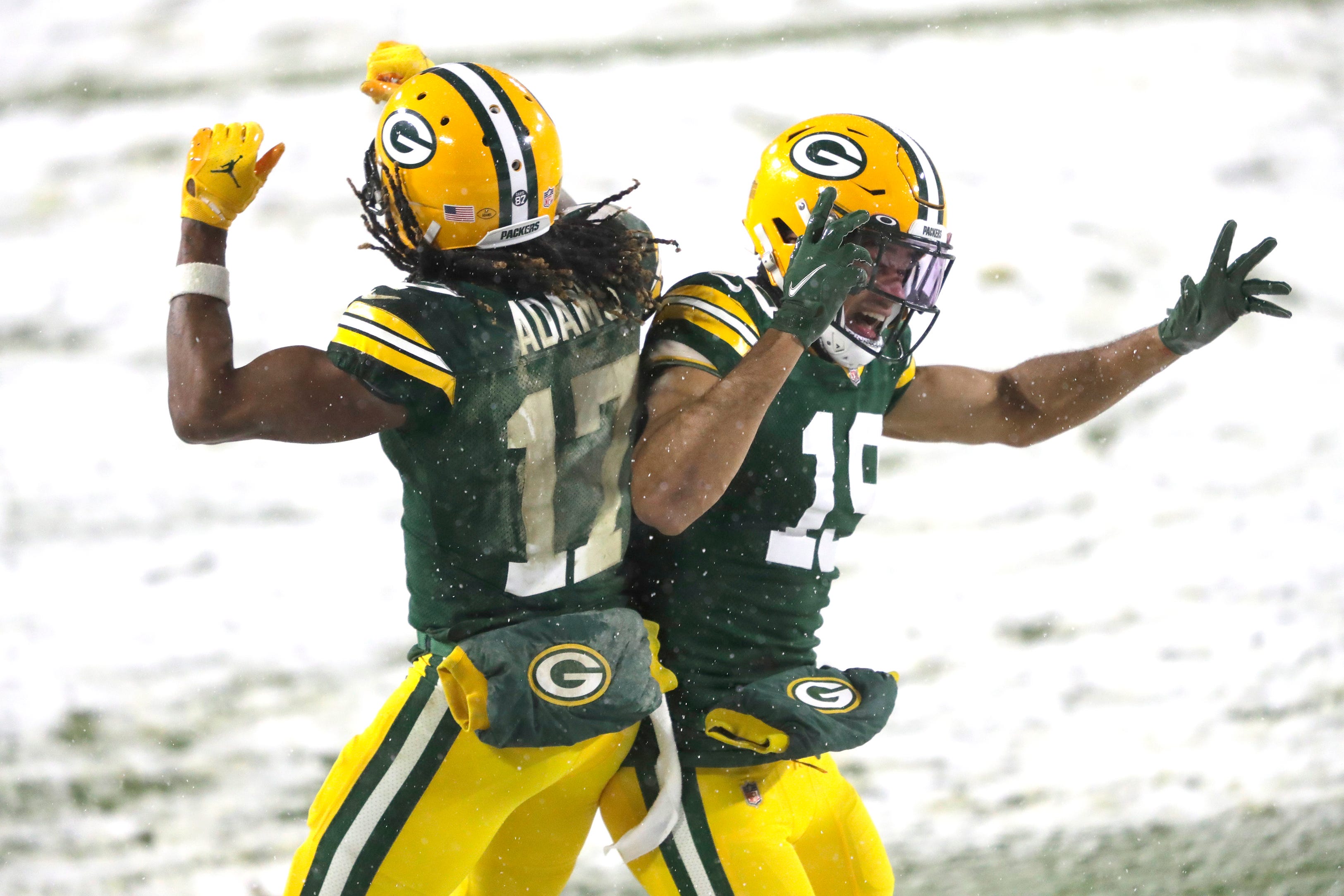 The Packers will open training camp later this month. This is the next in a series of in-depth articles previewing each position group for the Packers. We will discuss each player at the position, provide a depth chart and analysis of each player on the 90-man roster, their skill set, what they need to improve on and what is expected of them in 2021.

Today we will look at the team’s wide receivers. Click here to see our look at the tight end position, here for an in-depth look at the defensive line, here for our analysis of the running backs, here for inside linebackers and here for safeties.

The Packers have one of the best receivers in the NFL in Davante Adams and he is the unquestioned WR1. After that, the team has some questions about which receiver will play which role, but there is more depth and talent at the position than the team has had in several years.

Here is a look at the Packers depth chart at wide receiver entering training camp:

Adams enjoyed a career-best season in 2020 and set a franchise record with 115 catches in 14 games. He also led the NFL with 18 receiving touchdowns.

Adams has good but not great speed but his footwork and ability to disguise his routes give him an advantage off many corners off the snap of the ball. He also has outstanding chemistry with Aaron Rodgers and the two of them can change a route at the line of scrimmage with a look and a nod. He also has a great work ethic and attitude and is not a diva.

The Packers are negotiating with Adams on an extension and they would love to keep him around as the former Fresno State star is in his prime.

Lazard was well on his way to establishing himself as the Packers WR2 when he suffered a core muscle injury after the Packers Week 3 win over the Saints. He missed six games and it took him a while longer to get back to his usual form. Lazard finished 2020 with 33 catches for 451 yards and three touchdowns.

The former Iowa State star isn’t a burner but he has great size and runs precise routes that have helped him earn the trust of his quarterback. Lazard picks up a lot of clutch first downs and uses the middle of the field well. He is also the Packers best blocking wide receiver which helps on running plays and short passes.

If Lazard can continue his development, he can enjoy a strong season and carve out a larger role in the offense.

Valdes-Scantling is the fastest receiver on the roster and his speed adds another element to the offense. He averaged 20.9-yards per catch last season, the highest average among qualified receivers in the league.

The issue for MVS is consistency. He needs to improve his route running and lower his drops to take his game to the next level. If he can do that, he can become a highly dangerous weapon opposite Adams that opposing defenses would fear and respect.

The Packers drafted Rodgers in the third round of this year’s NFL Draft and the Clemson alum gives the Packers a receiver with a different body type and skill set.

At 5’10”, 210-pounds, Rodgers is smaller than the other receivers on the Packers roster. While Rodgers is short, he’s thick and strong and would make an idea slot receiver in the Randall Cobb mold.

Look for Matt LaFleur to use Rodgers on gadget plays and as a slot receiver until he gets more comfortable in the offense and expands his role. He will also compete to be the team’s primary punt return specialist in training camp.

The Packers are high on Rodgers and his future looks bright. The question is how much he can contribute in his rookie year.

Funchess has played exactly one NFL game in the last two years after suffering a broken collarbone in the season opener in 2019 and opting out of 2020 due to the pandemic.

Funchess has size and experience. He played tight end during part of his college career at Michigan and can provide the Packers with a big target in the middle of the field.

If Funchess can return to his 2017 form, he can give the Packers another solid target in the receiving game this season.

This will be a critical training camp for St. Brown. The ex-Notre Dame star has struggled with injuries and inconsistency over his first three NFL seasons and missed all of 2019 due to injuries.

EQ has good size and quickness but needs to prove to the coaching staff that he can be a contributor to the offense at the NFL level.

If St. Brown doesn’t have a good camp and preseason, he may not make the team this season.

Taylor earned a roster spot last season and caught five passes for 66 yards and his first NFL touchdown. The former Ferris State star also became a solid contributor on special teams both in coverage and as a return specialist where he is reliable but not flashy.

The special teams contributions may help Taylor stick for another season. He needs to show he can take another step forward on offense to lock up a roster spot in 2021.

Winfree played two games for the Packers last year without making a catch. He has good size at 6’3” and is a hard working player who can contribute on special teams as well.

The coaching staff singled out Winfree for praise after OTAs for his route running and overall performance. He will need to continue that strong performance to stick with the Pack this season.

Begelton was a star receiver in Canada but spent last season on the Packers practice squad. He was activated for one game and did not catch a pass.

At 6’ tall, Begelton doesn’t have the size the Packers prefer in their receivers. He could do well in the slot if assigned there, but he must prove to the coaching staff he has made the adjustment from the wider fields of the CFL to the NFL.

The Packers signed Gaither as an undrafted free agent this past May. The former San Jose State star was very productive in college as a receiver and is second in school history in career touchdown catches.

Gaither’s best chance to make the team may be on special teams. He can return both kicks and punts and even blocked two punts at San Jose State. If he proves himself to be the best return specialist on the team, he will have a chance to make the final roster.

Blair has a big jump to make from Alcorn State to the NFL. He will have to show enough promise on offense and enough ability on special teams if he hopes to make the roster.

The Packers signed Thompkins this May. He has previous stints with the Eagles and Steelers but has yet to play in an NFL game.

Thompkins’ best chance to make the roster is as a return specialist. The former Penn State star is considered a longshot to make the final 53 but a strong camp could land him on the roster or at least the practice squad.