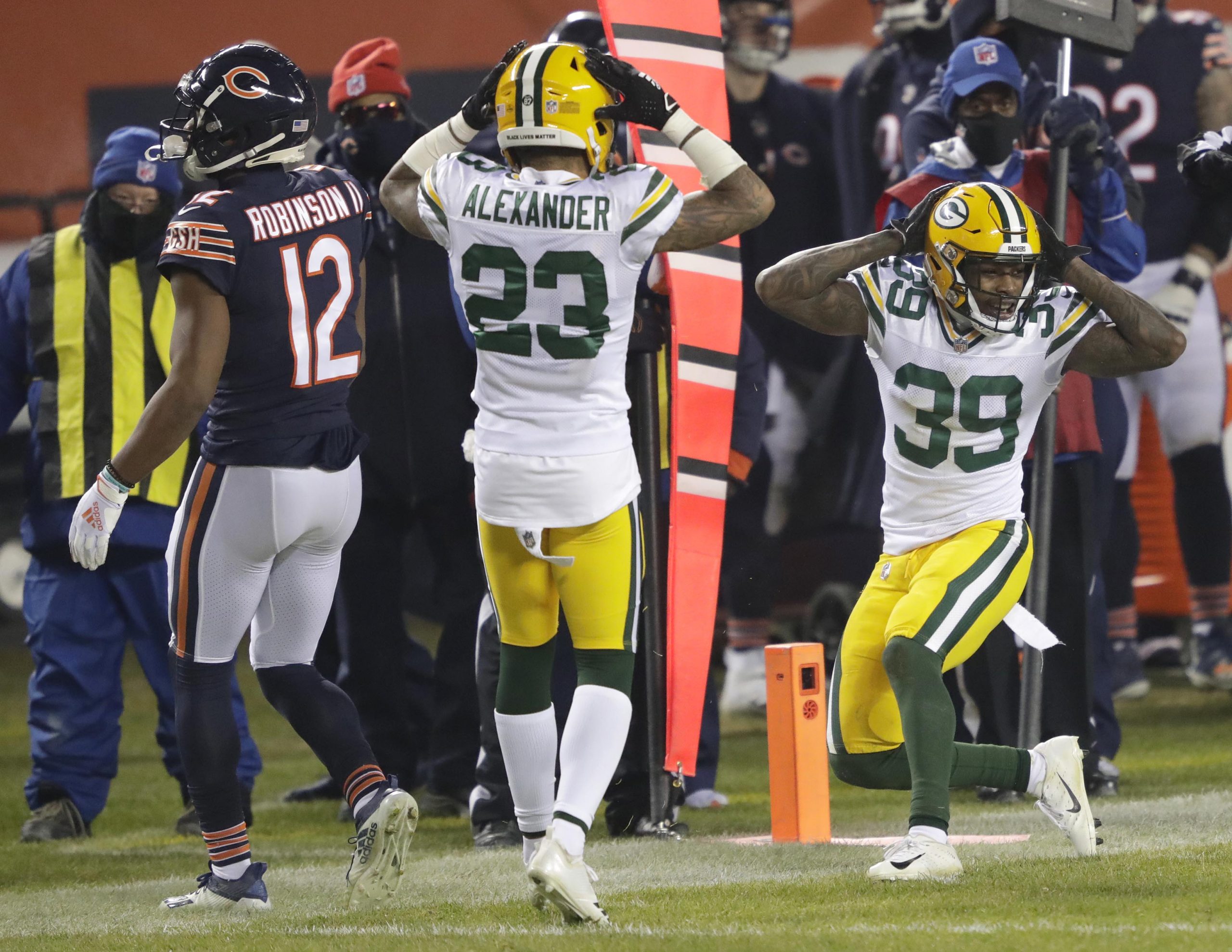 The Packers will open training camp in about a week. This is the next in a series of in-depth articles previewing each position group for the Packers. We will discuss each player at the position, provide a depth chart and analysis of each player on the 90-man roster, their skill set, what they need to improve on and what is expected of them in 2021.

Today we will look at the team’s cornerbacks. Click here to see our look at the tight end position, here for an in-depth look at the defensive line, here for our analysis of the running backs, here for inside linebackers, here for safeties and here for wide receivers.

The Packers have one of the best cover corners in the NFL in Jaire Alexander and he is clearly the team’s top cornerback. But who will start opposite Alexander? Will it be Kevin King? Top pick Eric Stokes? And who will play the star position in Joe Barry’s defense? There are plenty of questions further down the depth chart although the Packers do have a lot of potential at the position.

Here is a look at the Packers depth chart at cornerback entering training camp:

Alexander earned Pro Bowl honors for the first time in 2020 and has become one of the top cover corners in the league. Ja’Money has great speed, the ability to change direction and a high amount of confidence that is contagious and helps the attitude of the defense overall.

The one thing Alexander needs to do to take his game up yet one more notch is to increase his interception total. He had just one in 2020 and has a total of four over his first three NFL seasons.

Alexander loves a challenge and wants to be the best. He has a great work ethic and can still take his game up a notch if he works on his hands and continues to be a student of the game. He gives the Packers a shutdown corner on one side of the field.

The Packers surprised a lot of people when they re-signed King to what amounts to a one-year, prove-it deal with incentives and void years added for cap purposes.

King has the body length and size the Packers covet in a corner and at times, he plays well. But he also has too many breakdowns and is often injured.

King will be CB2 at the start of training camp but he will need to play well to hold that job throughout the season. He certainly has incentive as he is playing for a contract whether it’s with Green Bay or elsewhere in 2022.

The Packers drafted Stokes with their first round pick in this year’s draft. The former Georgia star has outstanding speed but needs to work on his technique and adjust to playing in the NFL.

Stokes appears willing to put in the time to learn from the coaching staff and he will work hard to be ready for the season.

The rookie ran a 4.31 in the 40-yard dash. He will have to work on defending double moves and learning the defense but he is expected to take over as CB2 either later this year or by the start of the 2022 season.

Sullivan was outstanding in 2019 as the dime back but had a more uneven season in 2020 when he moved up to nickel. The former Georgia State star still has the potential to improve his game and he won’t turn 25 until early in August.

Sullivan is smart and has come a long way since joining the Packers two years ago. Because of his size and skill set, he is a candidate to play the “star” position in the new defense and that will often put him up against slot receivers.

This is a crossroads season for Sullivan. If he continues to develop as a cornerback, he has a bright future. If not, he could slide further down the depth chart.

Jackson is a former second-round pick who is fighting for a roster spot this season. The former Iowa star had trouble earning playing time last season and was inactive in four of the Packers final six regular season games and both playoff contests despite being healthy and available to play.

The new defense should be a good fit for Jackson who lacks elite speed but plays better in zone coverage.

If Jackson doesn’t show more in training camp, he may not make the roster as the Packers drafted two cornerbacks this season. This is a key year for Jackson’s development.

Hollman is entering his third training camp with the Packers and he needs to show progress to stay on the 53-man roster this season.

The former Toledo star played in 14 games for the Packers last season, making 10 tackles and broke up three passes. Opposing quarterbacks completed just 41.2 percent of their passes when throwing to receivers covered by Hollman according to pro-football-reference.com.

Hollman played only 11 percent of the Packers defensive snaps but saw more extensive playing time on special teams. He is a physical corner who thrived in bump-and-run coverage in college. He will be fighting for a roster spot this season.

Ento is a converted wide receiver who spent 2019 on the practice squad and 2020 on the injured reserve with a foot injury.

This is his big chance to show that the Packers were right to develop him and keep him in the organization the past two years.

The Colorado alum has good size and speed but will need to show he has learned enough technique at corner to earn a roster spot. He will also need to shine on special teams to get the attention of the coaching staff.

The Packers drafted Jean-Charles in the fifth round of this year’s draft. He is making a big jump from Appalachian State to the NFL but he did lead the nation with 17 passes defended last season and has intriguing ball skills.

Jean-Charles will likely contribute mostly on special teams as a rookie as he learns to improve his technique.

The coaching staff is high on his potential, but he may not be ready for much action on defense this season if he makes the roster.

Samuels spent 2020 on the Packers practice squad. He was activated for two games and made three total tackles, one of which came on special teams. The former Florida State star has good size at 6’2”.

Samuels was an undrafted free agent who showed enough last year to stay with the organization. Now he will have to show he has taken a step forward over the last year to earn a roster spot.